Ricky Gervais makes observations and true statements about deeply troubling and ‘taboo’ issues and we laugh because we can’t believe he has the balls to tell the truth. 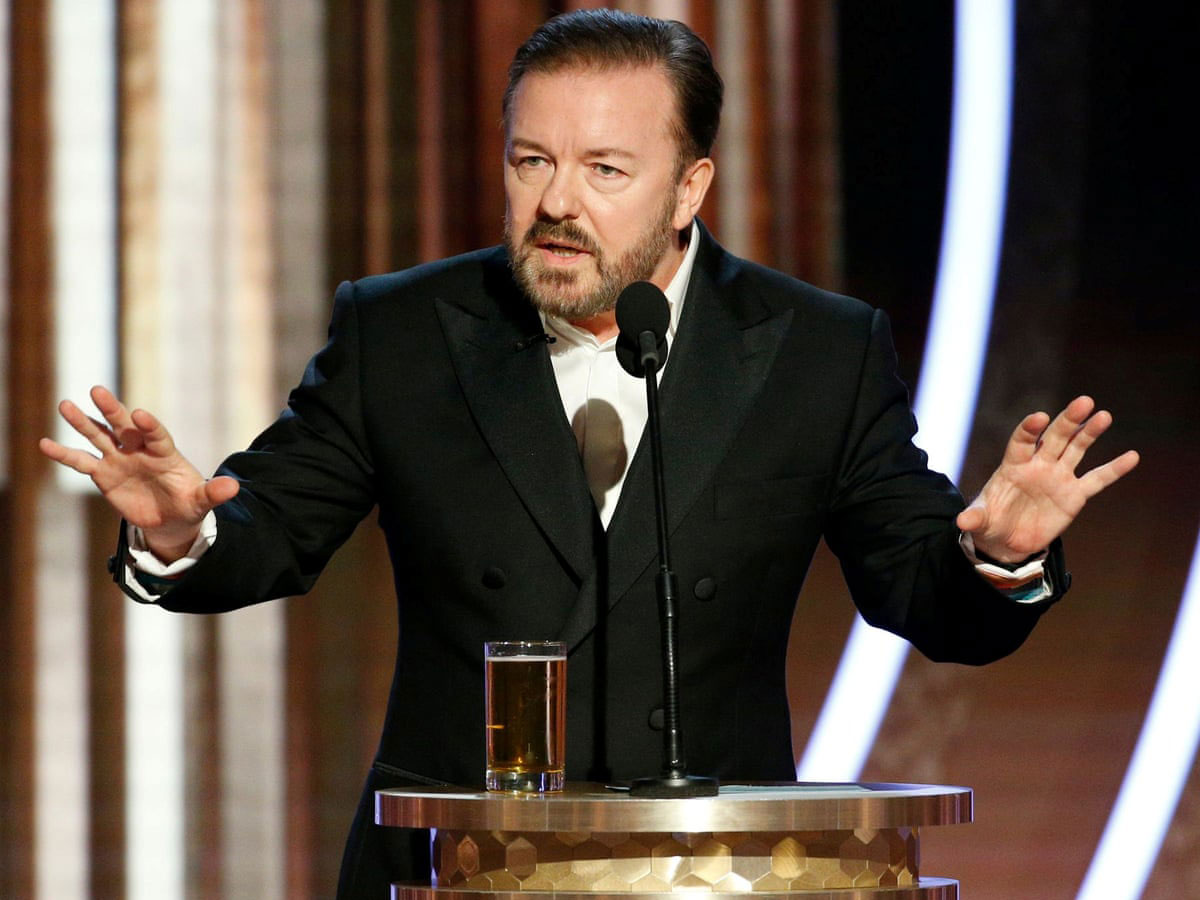 You’ll be pleased to know this is the last time I’m hosting these awards, so I don’t care anymore. I’m joking. I never did. I’m joking, I never did. NBC clearly don’t care either — fifth time. I mean, Kevin Hart was fired from the Oscars for some offensive tweets — hello?

Lucky for me, the Hollywood Foreign Press can barely speak English and they’ve no idea what Twitter is, so I got offered this gig by fax. Let’s go out with a bang, let’s have a laugh at your expense. Shall we? Remember, they’re just jokes. We’re all gonna die soon and there’s no sequel, so remember that.

But you all look lovely all dolled up. You came here in your limos. I came here in a limo tonight and the license plate was made by Felicity Huffman. No, shush. It’s her daughter I feel sorry for. OK? That must be the most embarrassing thing that’s ever happened to her. And her dad was in Wild Hogs.

Lots of big celebrities here tonight. Legends. Icons. This table alone — Al Pacino, Robert DeNiro … Baby Yoda. Oh, that’s Joe Pesci, sorry. I love you man. Don’t have me whacked. But tonight isn’t just about the people in front of the camera. In this room are some of the most important TV and film executives in the world. People from every background. They all have one thing in common: They’re all terrified of Ronan Farrow. He’s coming for ya. Talking of all you perverts, it was a big year for pedophile movies. Surviving R. Kelly, Leaving Neverland, Two Popes. Shut up. Shut up. I don’t care. I don’t care.

Many talented people of color were snubbed in major categories. Unfortunately, there’s nothing we can do about that. Hollywood Foreign Press are all very racist. Fifth time. So. We were going to do an In Memoriam this year, but when I saw the list of people who died, it wasn’t diverse enough. No, it was mostly white people and I thought, nah, not on my watch. Maybe next year. Let’s see what happens.

No one cares about movies anymore. No one goes to cinema, no one really watches network TV. Everyone is watching Netflix. This show should just be me coming out, going, “Well done Netflix. You win everything. Good night.” But no, we got to drag it out for three hours. You could binge-watch the entire first season of Afterlife instead of watching this show. That’s a show about a man who wants to kill himself ’cause his wife dies of cancer and it’s still more fun than this. Spoiler alert, season two is on the way so in the end he obviously didn’t kill himself. Just like Jeffrey Epstein. Shut up. I know he’s your friend but I don’t care. You like to make your own way on your own playing, didn’t you?

Right, but seriously, most films are awful. Lazy. Remakes, sequels. I’ve heard a rumor there might be a sequel to Sophie’s Choice. I mean, that would just be Meryl just going, “Well, it’s gotta be this one then.” All the best actors have jumped to Netflix, HBO. And the actors who just do Hollywood movies now do fantasy-adventure nonsense. They wear masks and capes and really tight costumes. Their job isn’t acting anymore. It’s going to the gym twice a day and taking steroids, really. Have we got an award for most ripped junky? No point, we’d know who’d win that.

Martin Scorsese, the greatest living director, made the news for his controversial comments about the Marvel franchise. He said they’re not real cinema and they remind him about theme parks. I agree. Although I don’t know what he’s doing hanging around theme parks. He’s not big enough to go on the rides. He’s tiny. Right… The Irishman was amazing. It was amazing. It was great. Long, but amazing. It wasn’t the only epic movie. Once Upon a Time in Hollywood, nearly three hours long. Leonardo DiCaprio attended the premiere and by the end his date was too old for him. Even Prince Andrew was like, “Come on, Leo, mate.You know… you’re nearly 50 son.”

The world got to see James Corden as a fat pussy. He was also in the movie Cats. But no one saw that. And the reviews, shocking. I saw one that said, “This is the worst thing to happen to cats since dogs.” But Dame Judi Dench defended the film saying it was the role she was born to play because she — I can’t do this next day — because she loves nothing better than plunking herself down on the carpet, lifting her leg and licking her ass. (Coughs.) Furball. Furball. She’s old-school. It’s the last time, who cares?

Apple roared into the TV game with The Morning Show, a superb drama about the importance of dignity and doing the right thing, made by a company that runs sweatshops in China. So… Well, you say you’re woke but the companies you work for– I mean– unbelievable. Apple, Amazon, Disney. If ISIS started a streaming service you’d call your agent, wouldn’t you?

So if you do win an award tonight, don’t use it as a platform to make a political speech. You’re in no position to lecture the public about anything. You know nothing about the real world. Most of you spent less time in school than Greta Thunberg.

So if you win, come up, accept your little award, thank your agent, and your God and fuck off, OK? It’s already three hours long. Right, let’s do the first award. 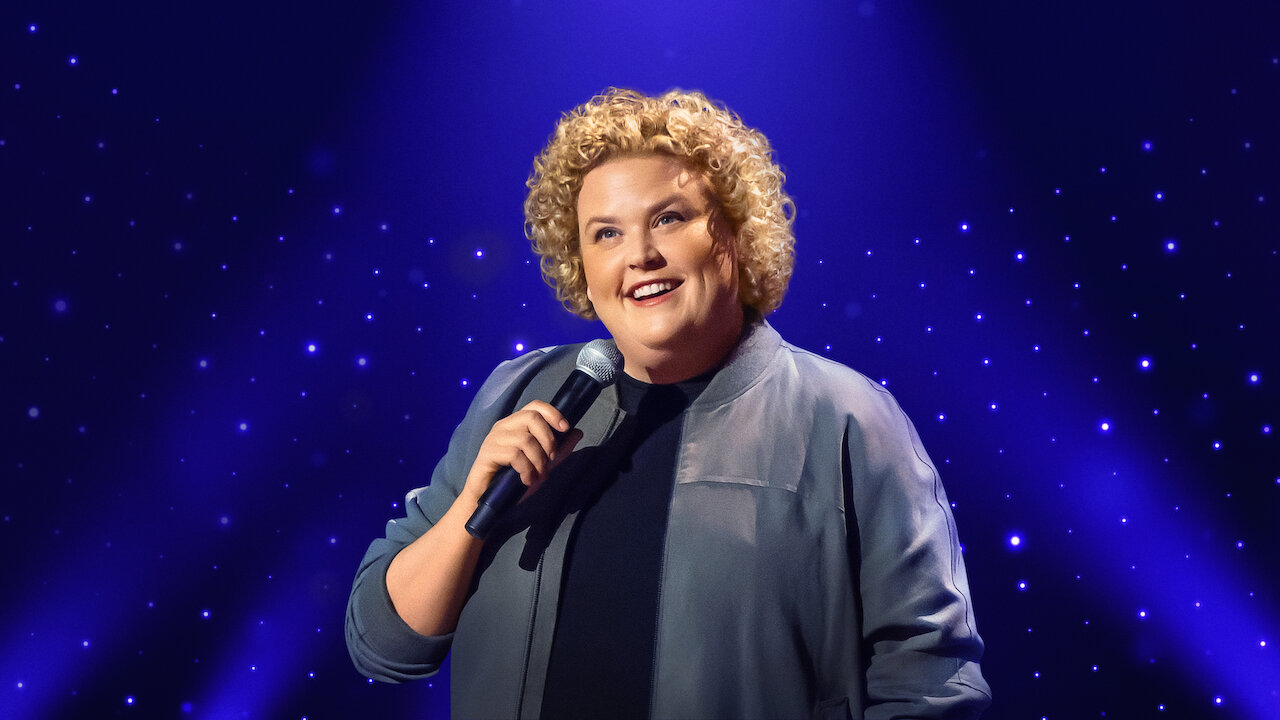 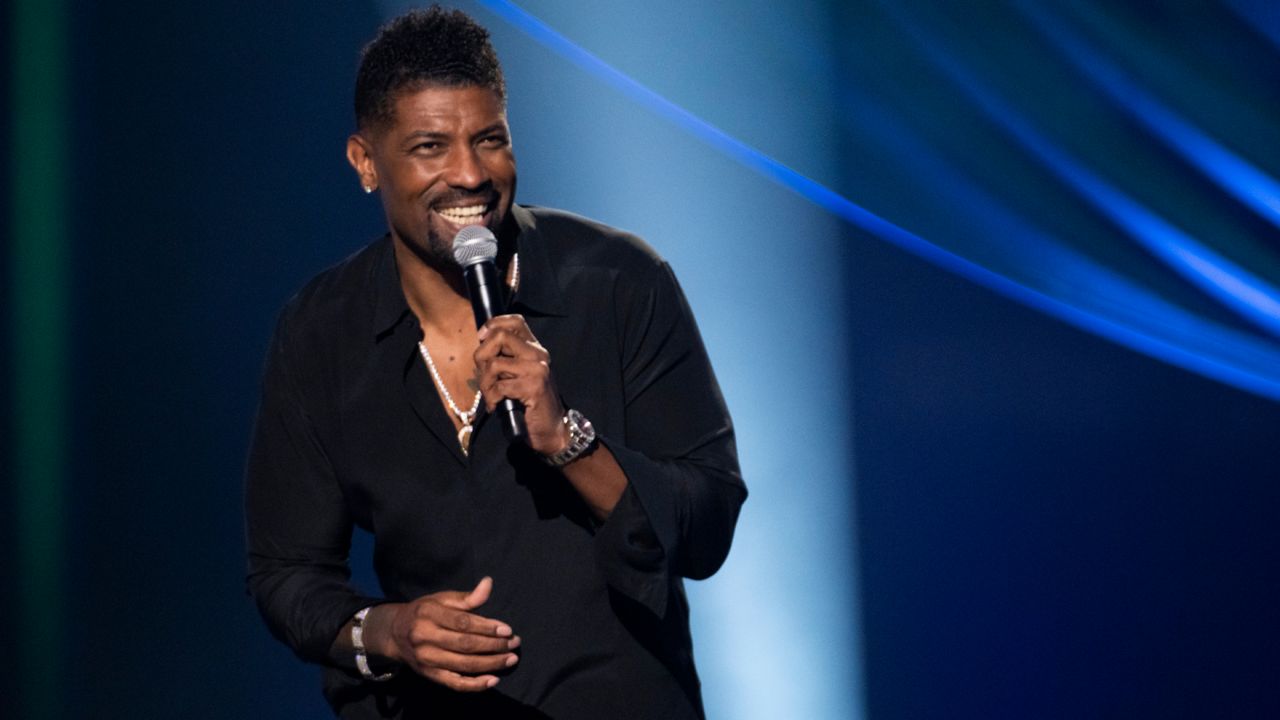 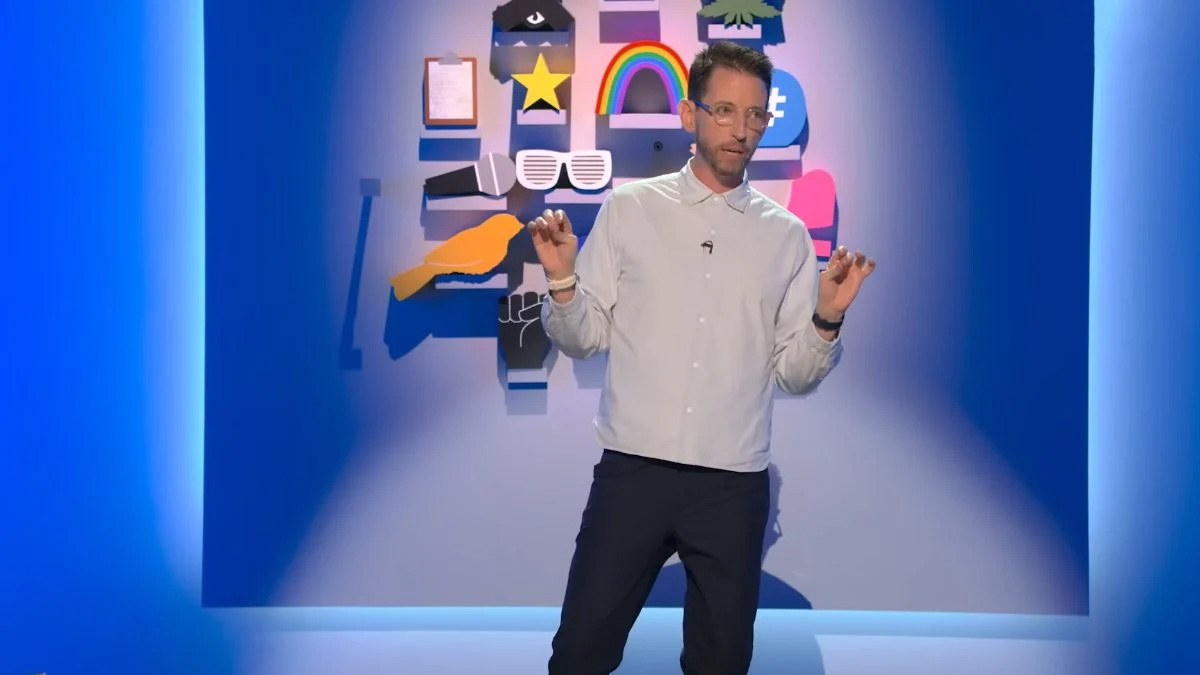