Cheers.
Oh – So where was I? Nervous? Don’t be. This isn’t about you.
Hello, I’m Ricky Gervais and welcome to the 69th annual Golden Globe Awards live from the Beverly Hilton Hotel in Los Angeles.
[Audience cheers]
Voted for by the Hollywood Foreign Press Association. Tonight you get Britain’s biggest comedian, hosting the world’s second biggest awards show on America’s third biggest network. Sorry, is it? Fourth. It’s fourth.
For any of you who don’t know, the Golden Globes are just like the Oscars, but without all that esteem.
[Audience laughs]
The Golden Globes are to the Oscars what Kim Kardashian is to Kate Middleton. A bit louder, a bit trashier, a bit drunker, and more easily bought. Allegedly. Nothing’s been proved.
But ah-ha who needs the Oscars? Not me. And not Eddie Murphy. He walked out on them, and good for him. But when the man who said yes to Norbit says no to you, you know you’re in trouble. I love Eddie Murphy. He loves dressing up, doesn’t he, umm. Versatile. He’s versatile. No, he is.
Bit of trivia for you. Eddie Murphy and Adam Sandler between them played all the parts in the movie ‘The Help’. Isn’t that brilliant. They were brilliant.
I can’t believe they’re not here. Or maybe they are. They’re masters of disguise. They could be.

Now the Hollywood Foreign Press have warned me that if I insult any of you or any of them or offend any viewers or cause any controversy whatsoever, they’ll definitely invite me back next year as well.
[Audience laughs]
They actually gave me a list of rules. I’m going to ignore them, but I thought it would be good to read them out. This is real, ok?
No profanity. That’s fine. I’ve got a huge vocabulary.
[Audience laughs]
No nudity. See, that’s a shame. Because I’ve got a huge – vocabulary. But a tiny penis. No, no. It’s true – Doesn’t matter. It works. Don’t worry about it. It’s fine.
And – No Innuendo – And I’m not to libel anyone. And I must not mention Mel Gibson this year. Not his private life, his politics, his recent films, and especially not Jodie Foster’s Beaver.
[Audience laughs]
I haven’t seen it myself.
[Audience laughs]
I spoken to a lot of guys here, they haven’t seen it either. But – That doesn’t mean it’s not any good. Sorry. I don’t care.

It’s been an amazing year in show business. It’s not all been good news. What’s with all the divorces? What’s going on? I mean – Arnold and Maria, J-Lo and Mark Anthony, Ashton and Demi. Kim Kardashian and some guy no one will ever remember. He wasn’t around long. Seventy-two days. A marriage that lasted 72 days. I’ve sat through longer James Cameron acceptance speeches.
[Audience laughs]
Other celebrity scandals: Justin Bieber nearly had to take a paternity test. What a waste of a test that would have been. No, he’s not the father. The only way he could have impregnated the girl was if he borrow one of Martha Stewart’s old turkey basters. Open wide. Umm.
It’s been a big year for women in film. Bridesmaids, one of my favorite comedies of the year. Ya!
[Audience cheers]
The girls finally proved that they can be as raunchy as men. Farting, burping, cursing, performing wild sex acts, even pooping in the sink. I – I actually heard for research the cast spent the weekend with Dame Helen Mirren. She’s dreadful. Honestly, you don’t see a lot of it because she’s got good PR, but she’s off the rails.

But the Golden Globes aren’t just about movies. It also celebrated the best in TV as well. New shows like the amazing Homeland. Which is just – It’s amazing – And returning shows like Boardwalk Empire. I love that show. It’s great. It’s for those who don’t know. – It’s about a load of immigrants who came to America about 100 years ago and they got involved in bribing and corruption and they worked their way up into high society. But enough about the Hollywood Foreign Press.
I’m joking. I love them and they’re good sports for inviting me back. What I didn’t know is they do an awful lot for charity and their non-profit organization. Just like NBC. So Thank –
Should we get on with it?

This time last year, our first presenter was the biggest movie star on the planet. But – I insulted his film The Tourist, causing his career to plummet so far that he was forced to work with me on my new show, Life’s Too Short, which premieres on HBO on Feb. 19. Please welcome the man who will wear literally anything Tim Burton tells him to, Johnny Depp.
[Audience cheers]
Now the Hollywood Foreign Press have warned me that if I insult any of you or any of them or offend any viewers or cause any controversy whatsoever, they’ll definitely invite me back next year as well. 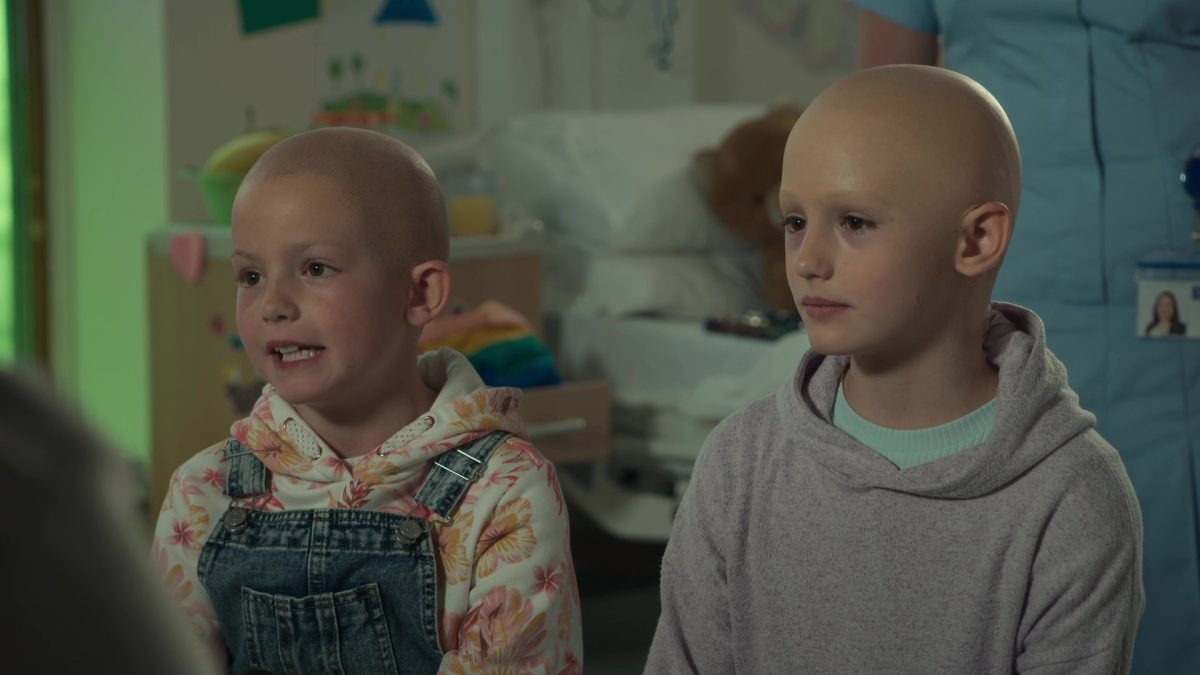 An interview with a sick child hits Tony hard. Later, he makes a decision about Lisa’s insurance money and joins his friends at the town fair. 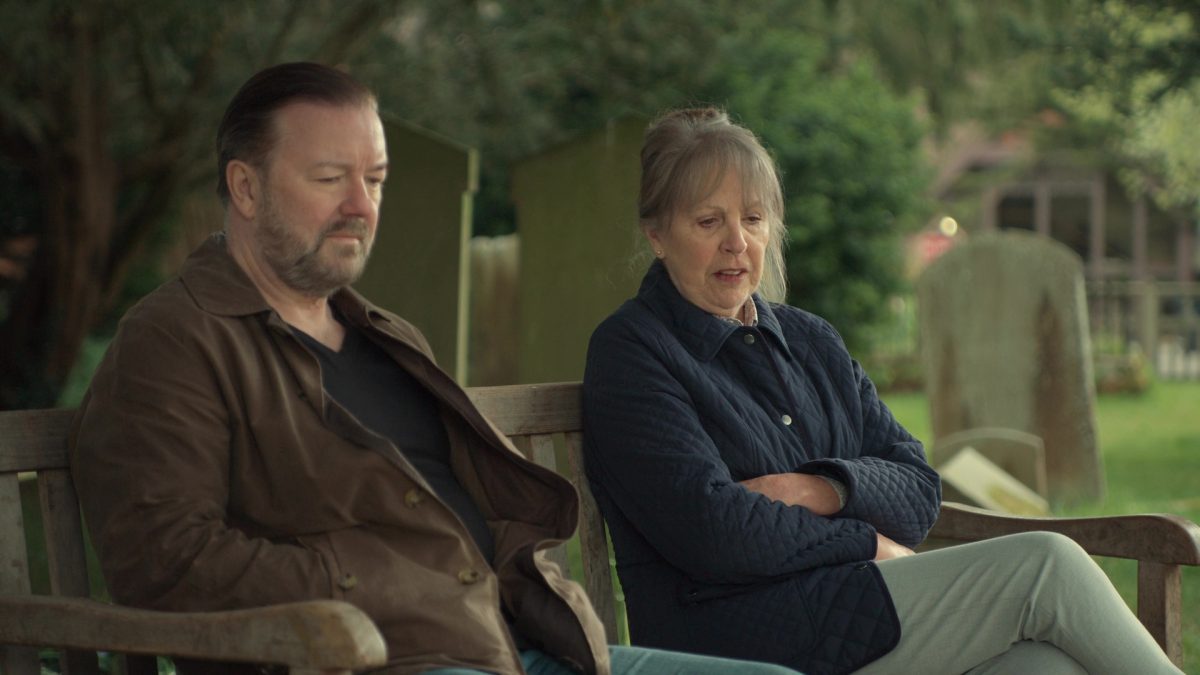 Anne gives Tony some advice on moving forward, Emma crosses paths with an old friend, Matt suffers a health scare, and James stands up for himself. 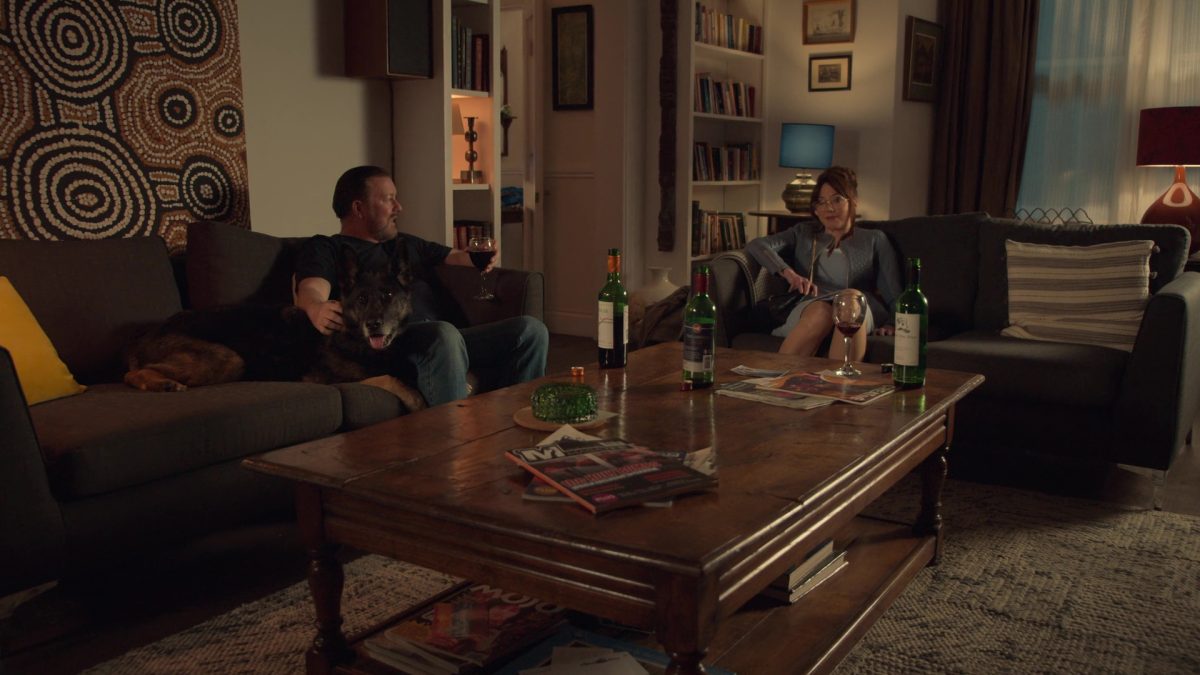 Matt searches for a sport at which he can beat Tony, Lenny asks Tony to be his best man, and Kath has dinner with a persnickety teacher. 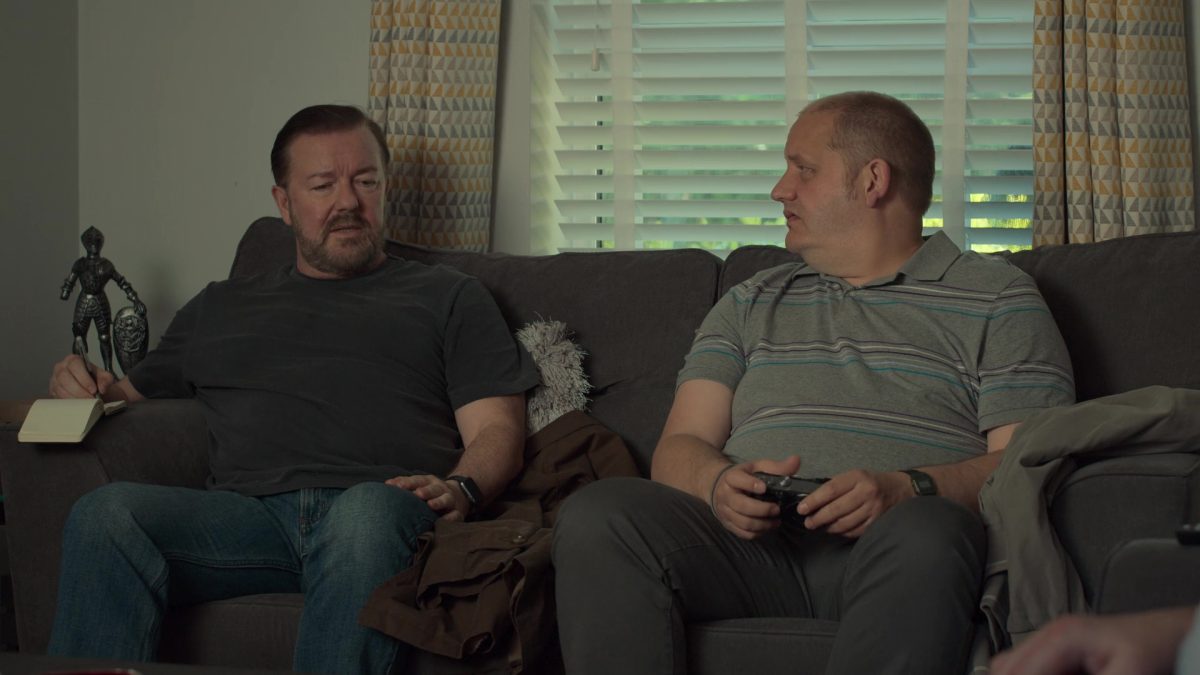 Tony takes a trip with Matt to honor his father. James has second thoughts about his new living arrangements. Tony helps Kath score a date.