Host Bill Burr does stand-up about the COVID-19 pandemic, cancel culture and the "woke" white women. This is probably the funniest SNL Monologue in a long time and it is no surprise that it offended the Twitter community. 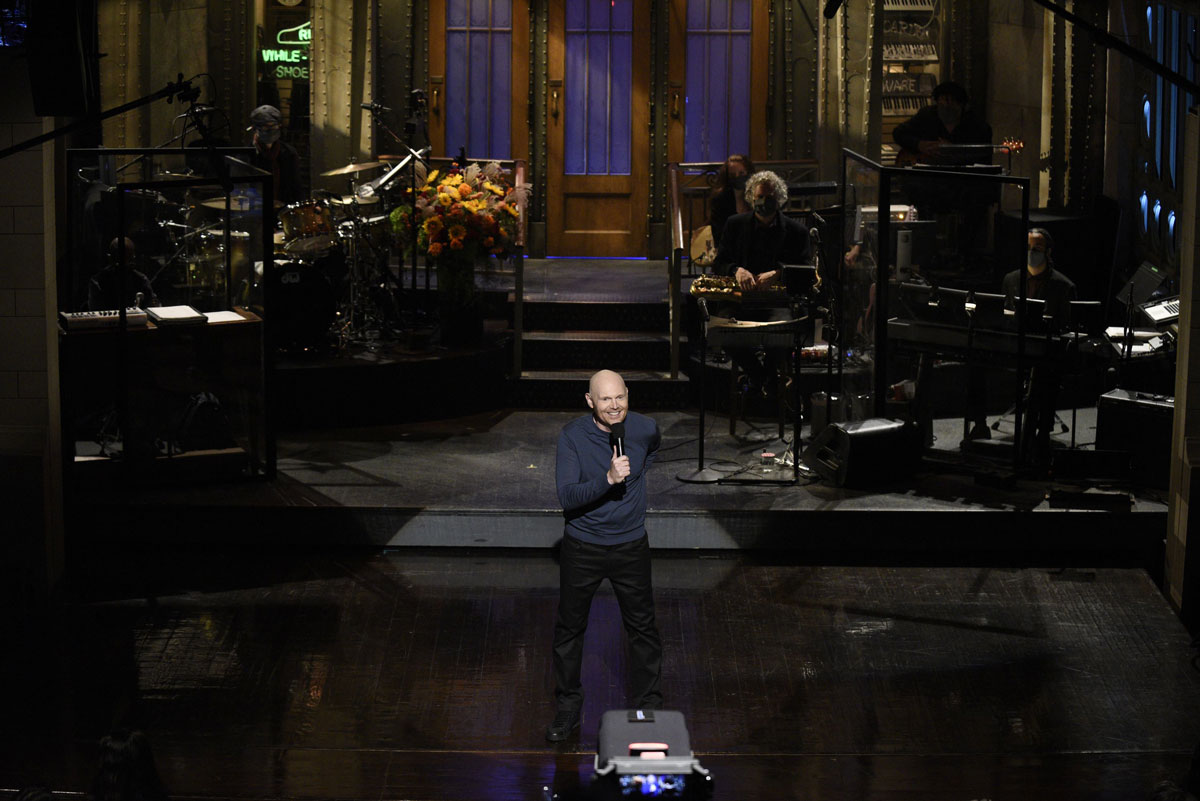 Thank you, thank you so much. Thank you. I am so — I am so excited to be here I have been doing standup forever, and this has always been a lifelong dream of mine to come and host “Saturday Night Live. So thank you so much for coming out… [Cheers and applause] …coming out during these difficult times. You got to look like surgeons with your masks on, makes me feel comfortable that you’re wearing masks I like people who wear masks that’s good. You’re listening to the eggheads, the people we all cheated off of in high school, right? Keep listening to them and then if you don’t wear a mask, that doesn’t bug me either, right? Take out your grand parents. You know, take out your weak cousin with the asthma, I don’t care, it’s your decision, there’s too many people. It’s a dream come true if you’re that dumb and you want to kill your own family members, by all means, do it. Stops you from reproducing, it’s literally a dream come true.

And speaking of dreams come true — did you see Rick Moranis got sucker punched on the upper west side? New York is back, baby! [cheers and applause] New York is back, yes! We lost our x-factor for a minute, city started looking like a giant bed, bath & beyond then bam Ricky took one in the chops. It had to happen that’s what happens when you stick an M&M’s store in Times Square, all right? The universe has to balance itself, get the peep shows back in times square, old people can walk safely 40 blocks away.

I don’t know I’ll probably get canceled for doing that, you know, how stupid that is canceled thing they’re literally running out of people to cancel. They’re going after dead people now. They’re trying to cancel John Wayne. It’s like, god did that 40 years ago. They’re all up in arms. They’re like did you hear what he said in that interview in “Playboy” in 1970? Can you believe that it’s like, yeah. He was born in 1907. That’s what these people sounded like. You never talked to your grandparents and brought up the wrong subject? All of a sudden they went off the rails? Like oh, god keep making the cookies. Yeah, don’t bring up race or religion with your grandparents. You keep it simple. Anyway, I don’t know I know, I get — my grandparents are older, I don’t know.

Plowing ahead. Plowing ahead, let’s talk — let’s talk white women here, shall we let’s talk white women amazing. Amazing your accomplishments over the last few years. The way white women somehow hijacked the woke movement generals around the world should be analyzing this. Just to refresh your memory, the woke movement was supposed to be about people of color. Not getting opportunities. Finally making that happen it was about that, for about eight seconds. Then somehow, white women swung their Gucci-booted feet over the fence of oppression and stuck themselves at the front of the line. I don’t know how they did it! I’ve never heard so much complaining in my life from white women. I’m hurt with my SUV and heated seats you have no idea what it’s like to be me! Trashing white guys. The nerve– where’s the camera?– the NERVE of you white women [laughter] I don’t want to speak ill of my bitches here, okay I know let’s go back in history here, okay you guys stood by us toxic white males through centuries of our crimes against humanity. You rolled around in the blood money, and occasionally when you wanted to sneak off and hook up with a black dude, if you got caught, you said it wasn’t consensual. Yeah, that’s what you did! That’s what you did! So why don’t you shut up, sit down next to me, and take your talking-to [laughter]

So, I haven’t been in New York for about a year, you know I was here last year, shooting a movie. Had a great time with Judd Apatow, Pete Davidson, and all the guys… [cheers and applause] …yeah, had a great time. And I haven’t been here in like 13 years I immediately noticed how extra crowded the city was I was getting claustrophobic. What’s going on? People not using safe sex, making all these babies, you know, so I finally walked up to this New York door guy, what’s going on what’s with all these people he’s like, oh, no, don’t worry, it’s June. He goes, it’s pride month. And I’m like, what’s that? You know I’m 52, never heard of it, right? Didn’t have that when I was a kid. He goes, gay pride month and I was just like, oooh! You know when you’re just stuck in the matrix and you just can’t — everything’s pressed up, you can’t see anything somebody gives you that nugget of information that pulls it back why’s it so crowded? It’s gay pride month oh tank tops! Zero percent body fat! Two guys kissing rainbow flags! Aah! I didn’t know that that’s what I learned. The month of June is gay pride month. That’s a little long, don’t you think? For a group of people that were never enslaved how did they get all of June the black people were actually enslaved, they get February. They get 28 days of overcast weather. Sun goes down at 4:00 in the afternoon. Everybody’s shivering. Nobody wants to go on the parade [laughter] [applause] how about you hook them up with July these are equator people give them the sun for 31 days. There’s gay black people, they could celebrate from June 1st, June 31st, 61 days to celebrate.

That’s my time we’ve got a great show for you guys!