LOLITA: IN ITS WAY, A GOOD FILM – REVIEW BY ARLENE CROCE [SIGHT & SOUND]

Lolita has everything it needed to be as brilliant and beautiful as the novel, except great direction. Vladimir Nabokov’s screenplay is a model of adaptation—resourceful, economical, light-bodied. 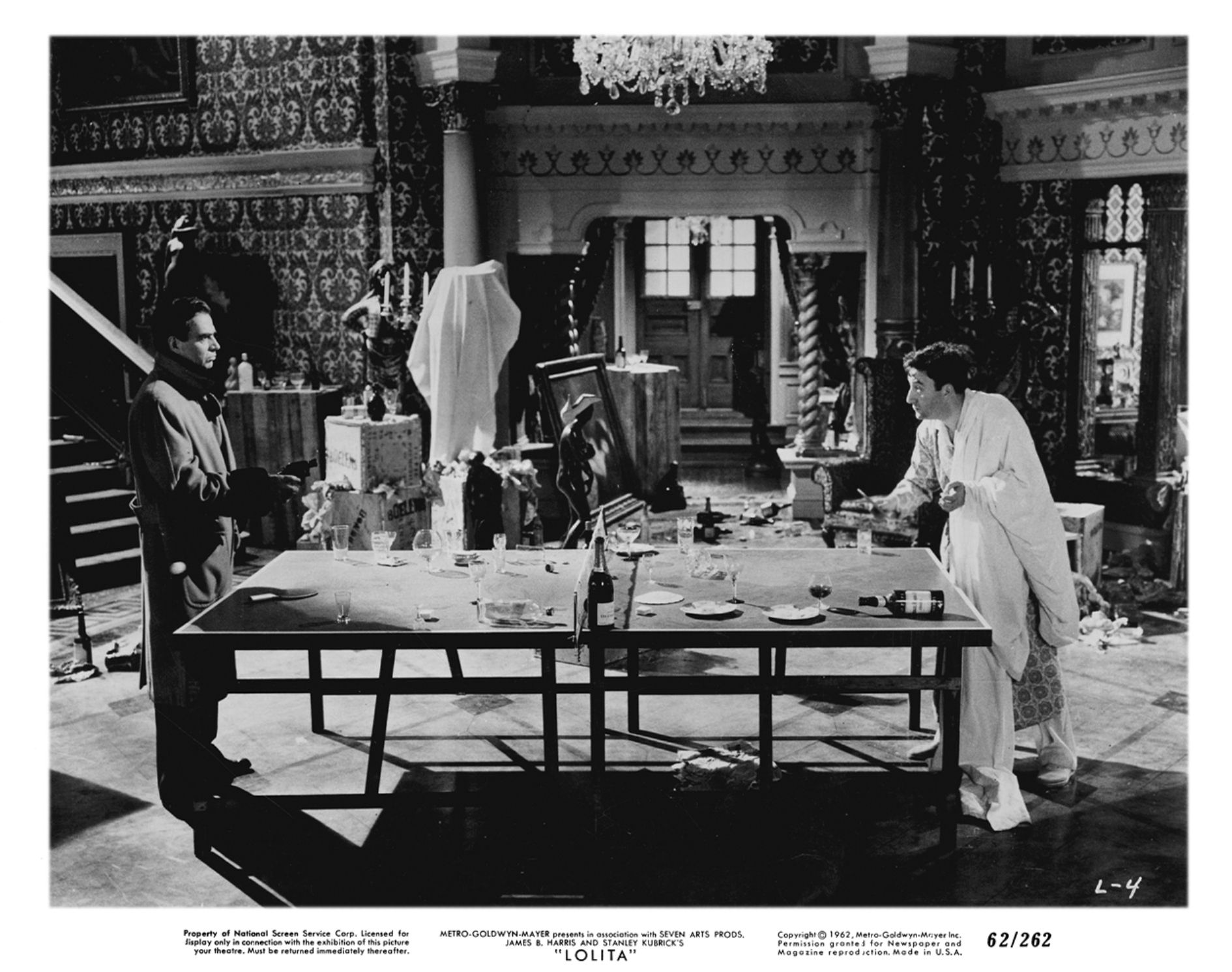 Lolita (M-G-M) has everything it needed to be as brilliant and beautiful as the novel, except great direction. Vladimir Nabokov’s screenplay is a model of adaptation—resourceful, economical, light-bodied. A near-perfect cast includes Shelley Winters giving her finest comedy performance and James Mason, his finest tragic one. The Lolita, Sue Lyon, won’t please all the nympholeptics all the time, but her face, voice and manner are at least recognisably within the upper limit of nymphancy—technically fourteen years (the age at which Lolita was most desirable to Humbert), The music, by Nelson Riddle and Rob Harris, has two motifs: a rock and roll tune with a monotonous vocalise of high-pitched loreleis, that winds Humbert’s obsession down every four-lane highway in America; and the empurpled obsession itself, in the form of a false, sweet, Forties sound-track piano concerto theme throbbing like an embarrassed wound. And one can imagine, for the final consummation, the kind of direction which might result only from some weird cross between Josef von Sternberg and Preston Sturges. Instead, the director of Lolita is the bright but far from flammable Stanley Kubrick; so that, if the film has Nabokov’s ear and voice, it has not his eye.

Kubrick’s vision of Nabokov proves more than passingly similar to Carol Reed’s vision of Graham Greene, and the dry, calculated, neutrally sinister style that was apparently thought right for this production is very like that developed by Reed in such a film as Our Man in Havana. This can be very good in its way, and Lolita is— in its way—a good film. It ripples along cleverly, unloading mannerisms: the dead pan (in both senses) objectivity, the deliberate diversion, the swallowed punch line, the laugh that comes after the fade. It commands two passages of great atmospheric proficiency: the death of Charlotte and the hospital sequence. But Kubrick’s sense of the style is irresolute; he’s wrong, but worse, he isn’t strong, and a puzzling tentativeness enfeebles what should have been some of the film’s sharpest scenes—the girls’ camp, the night spent at the first hotel.

Some have accused the film of bowdlerisation, but it’s not entirely a matter of censorship. There isn’t a hint of eroticism in the film and the only lunges Kubrick makes in that direction are perfunctory and misguided: that’s as true of the admired main title pedicure (much too flossy) as of the first unfortunate glimpse we get of Lolita (odalisque), like a clip out of Et Dieu Créa la Femme. And the idea of showing Humbert’s frustration by having him grapple with a collapsible cot turns out badly, not only because it’s intended as a substitute for what we all know really went on in that hotel room but because it’s not funny, Humbert’s own account of that paralysing night is an almost exact description (with erotic variations) of W., C. Fields’ travails in It’s a Gift. But Kubrick’s gift for visual comedy is as faint as his depiction of sensuality.

It’s in the more grotesque aspects of Humbert’s passion that he excels: a cut-in from a Frankenstein movie produces a momentary blazing effect, and the best shot in the film, as genuine as the author’s own signature, is the one that has Humbert in a sweat of panic while Lolita, wearing a greasepaint get-up that makes her look like Jean Harlow as imagined by Aubrey Beardsley, sits surreptitiously blowing bubble gum under his very nose. It wouldn’t be idle to speculate why this scene is so right while the earlier, “straight” one, of Lolita rushing to embrace Humbert and saying, “Don’t ever forget me,” is such a failure. As in a Reed film, one immediately ascribes to the blank moment an enigmatic meaning (is she infatuated? perverse? “putting it on”?), but one soon comes to realise that what compels as an enigmatic probability is nothing more than the suck of the concealed vacuum.

Performances—Winters’ in the first half, Mason’s in the second— dominate the film. Peter Sellers domineers in a succession of Guest Star turns without pith or purpose. (Quilty as Harry Lime might have been one thing, but Quilty as whoever Sellers wants to be is cultishly gratuitous.) Shelley Winters, all airs and gracious living (“Excuse the soiled sock,” .. There’s my little Van Gawkk.”), is a very different Charlotte Haze from the character in the book, a fact known to her couturier but not to the set designers—anyone who’d wear so much leopard would not have those neatly effaced playbills mounted up the whitewashed staircase, The performance itself is an exhilarating burlesque of suburban other-directedness, yet never so broad that Charlotte’s exquisitely couched letter of dismissal (“Go! Scram! Departez!”) seems incongruous. James Mason has been quietly good, or merely quiet, for so long, in so many films, that it would be easy to underestimate his achievement here. But it is solely through his inwardly convulsed portrayal that an intimation of the novel’s complete metaphysical anarchy reaches the screen. Notice, for example, how he conveys Humbert’s dislike of being touched (by adults)—a detail that appears nowhere in the book. Other details are captured from Nabokov: the tic, and the accent used at moments of stress (which, accurately, should have been French but is mittel-European instead, and perfect). Yet all this would be technical small change without the grim levity, the sense of imposture, the callousness and howling pain; it’s essential that Mason be possessed of an affective life which the other characters in the film never see, and this he is utterly.

In view of this performance, and Shelley Winters’, it’s astonishing that the film should have been written off by so many as yet another Hollywood abortion of a great novel—largely on the grounds that the girl playing the most famously eponymous heroine of our time next to Lady Chatterley, is an ageing impostor. It’s true that the film only intermittently finds its form, that most of the time it seems to be telling the wrong story in the wrong way, that it contains nothing erotically combustible, that it indulges Peter Sellers, that having been filmed in England, it does not take full scenic advantage of its script (there’s even a painted desert) . . . It’s also true that this Lolita is nobody’s twelve-year-old, but what’s equally obvious is that at the end, even with the aid of upswept hairdo, horn rims and maternity smock, little Miss Lyon has trouble looking old enough. Anyone who does not notice that is either hopelessly inured to film conventions or blind to the fact that in America little girls may now wear lipstick at the age of nine, pigtails went out with the Korean War, and the stage between infancy and adolescence has been all but erased, Lolita censored? Not quite.