The Book of Boba Fett – Chapter 2: The Tribes of Tatooine – Transcript

Fett and Shand interrogate the captured assassin who claims to have been hired by Mok Shaiz, the Mayor of Mos Espa. Shaiz denies this but offers payment to Fett for capturing the assassin and suggests that they visit the Sanctuary again. Fwip informs Fett that two of Jabba’s cousins, a pair of Hutts known as “The Twins,” want to claim Jabba’s throne for themselves. The Twins arrive with the Wookiee bounty hunter Black Krrsantan and try to intimidate Fett, but he refuses to submit. In flashbacks, Tusken Raiders teach Fett their style of combat and desert survival skills. After the tribe was attacked by a Pyke Syndicate spice train, Fett stole some speeders from a nearby Nikto gang and taught the Tuskens how to ride them. He led the tribe in a successful attack to stop the train and warned the surviving Pykes that they would have to pay a toll to enter the Tuskens’ territory in the future. To be admitted into the Tusken tribe, Fett was guided by a lizard inside his head to a branch, which he turned into his own gaffi stick. The tribe then held a ceremony to accept him.

BOBA FETT: Who sent you? What were your orders? Speak, prisoner. Well, if he’s not gonna speak, he no longer needs his head.

We spared your life after you tried to take mine. And you curse me? What do we know of this prisoner?

Overpriced. You’re paying for the name.

8D8: Their reputation is legendary. There is no way this one will talk.

I know of their reputation.

Fine. Perhaps he fears the rancor.

ASSASSIN: I was sent by the Mayor! The Mayor sent me! Let me out!

Shall we visit the Mayor?

I am Boba Fett. I’m here to see the Mayor.

Um… Do you have an appointment?

BOBA FETT: I found one of his stray pets. I’m here to return it to its master.

Well, I don’t see your name in the schedule. So, you’ll have to… Oh.

Pardon the lack of pomp for your entrance. However, I did not see your litter arrive. Nevertheless, we are both honored and delighted by your serendipitous visit. However, I regret to inform you the Mayor is indisposed for the rest of the week, and there are… This… This area here is restricted.

Nope, you’re not supposed… Sir, if you would be so kind as to… Apologies for the intrusion. Terribly sorry, Your Eminence.

MOK SHAIZ: (VIA INTERPRETER) Who is this who enters unannounced?

It is the new Daimyo, Boba Fett, Your Excellence.

If you do not who I am, then why did you send this man to assassinate me?

I can assure you, the Mayor had nothing…

MOK SHAIZ: He’s a member of the Order of the Night Wind.

BOBA FETT: Ah! Then you admit it.

MOK SHAIZ: The Order of the Night Wind are not allowed to operate outside of Hutt Space. Thank you for turning him in. Give this man his reward.

BOBA FETT: I am not a bounty hunter.

MOK SHAIZ: Is that so? I’ve heard otherwise. I know that you sit on the throne of your former employer.

BOBA FETT: Bib Fortuna was not my employer.

MOK SHAIZ: It was Jabba the Hutt’s throne.

BOBA FETT: Yes. And now it is mine. And I will take this payment as what you should have brought me as tribute.

You should remember, you serve as long as the Daimyo of Tatooine deem it so.

MOK SHAIZ: Before you threaten me, you should ask yourself, who really sent the Night Wind? I have no motive. As you said, I serve at your pleasure.

BOBA FETT: I am not a fool, Mok Shaiz. And those who thought otherwise no longer draw breath.

MOK SHAIZ: Here is the tribute I offer, some advice. Running a family is more complicated than bounty hunting.

BOBA FETT: Is that it?

MOK SHAIZ: Go to Garsa’s Sanctuary. You’ll see what I speak of.

Ah, what a surprise. Thank you for the honor of your patronage, Mr. Fett. Please have a seat at the bar. I’ll see if I can free up a table. Would you care to have a beverage while I sort this out?

Mayor Mok Shaiz sent me here as though there’s something I should know. And now you’re sweating like a gumpta on Mustafar.

The Twins have laid claim to their late cousin’s bequest.

The Twins are preoccupied with the debauchery of Hutta to bother with any ambitions on Tatooine.

BOBA FETT: Watch my back.

(IN HUTTESE) Boba Fett. There is business we need to discuss.

This is my territory.

This is Jabba’s territory… And now it is ours.

BOBA FETT: (IN ENGLISH) I don’t care what your tablet says. This is Mos Espa and I am Daimyo here.

(IN HUTTESE) Is that so?

BOBA FETT: You can bring as many gladiators as you wish but these are not the death pits of Duur and I am not a sleeping Trandoshan guard.

This territory is mine. Go back to Nal Hutta.

(SPEAKING HUTTESE) You have upset my sister. I’m more patient than she is. She thinks we should kill you.

BOBA FETT: (IN ENGLISH) Your cousin Jabba is dead. His cowardly Majordomo usurped his territory and then I killed him. All that is his belongs to me now. Your sister is right. If you want it, you’ll have to kill me for it.

(SPEAKING HUTTESE) Bloodshed is bad for business. This can be dealt with later. Sleep lightly, bounty hunter.

They’re Hutts. We would have to get permission if you wanna kill ’em.

You really think so?

I am holding it the same.

I will stop the train.

(IN TUSKEN) You cannot stop the longer speeder.

(IN ENGLISH) I will stop them. I will take rifle and stick. Be back by morning.

Did you say something?

I said it’s not right.

A gift for you.

Maybe not. Okay, who wants to go first?

Jump to me. Jump!

When train comes, need you to help signal with this.

Riders to the bikes! Warn the others!

(ALL GRUNT IN UNISON)

Are you going to kill us?

That depends on how you answer what I’m about to ask.

Are you carrying spice?

What do you mean by “spice”?

Sansanna spice from the slave mines of Kessel.

Like that. This is not looking good for you.

We thought you were uncivilized raiders. We were trying to protect our route.

These sands are no longer free for you to pass. These people lay ancestral claim to the Dune Sea, and if you are to pass, a toll is to be paid to them. Any death dealt from the passing freighters will be returned ten-fold. Now, go back to your syndicate and present these terms. Your lives are a gesture of our civility.

Now walk. Single file, in the direction of the high sun. It will lead you to Anchorhead by sunset if you leave now.

But we’ll be killed.

You now travel under the protection of the Tuskens. No harm will come of you.

We will die of thirst without our water car.

We will give you each a black melon. You will survive on its milk as these people do. Now go.

(IN TUSKEN) There are many different Tusken tribes. Since the oceans dried, we have stayed hidden. Other tribes have survived by killing.

(IN ENGLISH) You shouldn’t have to hide. You are warriors.

(CONTINUING IN TUSKEN) The off-worlders have machines.

(CONTINUING IN ENGLISH) You have machines now too. And you know every grain of sand in the Dune Sea.

(IN TUSKEN) I have a gift for you.

(IN TUSKEN) You are a good guide. Now this gift will guide you.

A lizard? Thank you. I will let it guide me.

(IN TUSKEN) It will guide you from inside your head.

I thought he was part of the dream.

(TUSKEN CHIEFTAIN IN TUSKEN) Show me the branch. 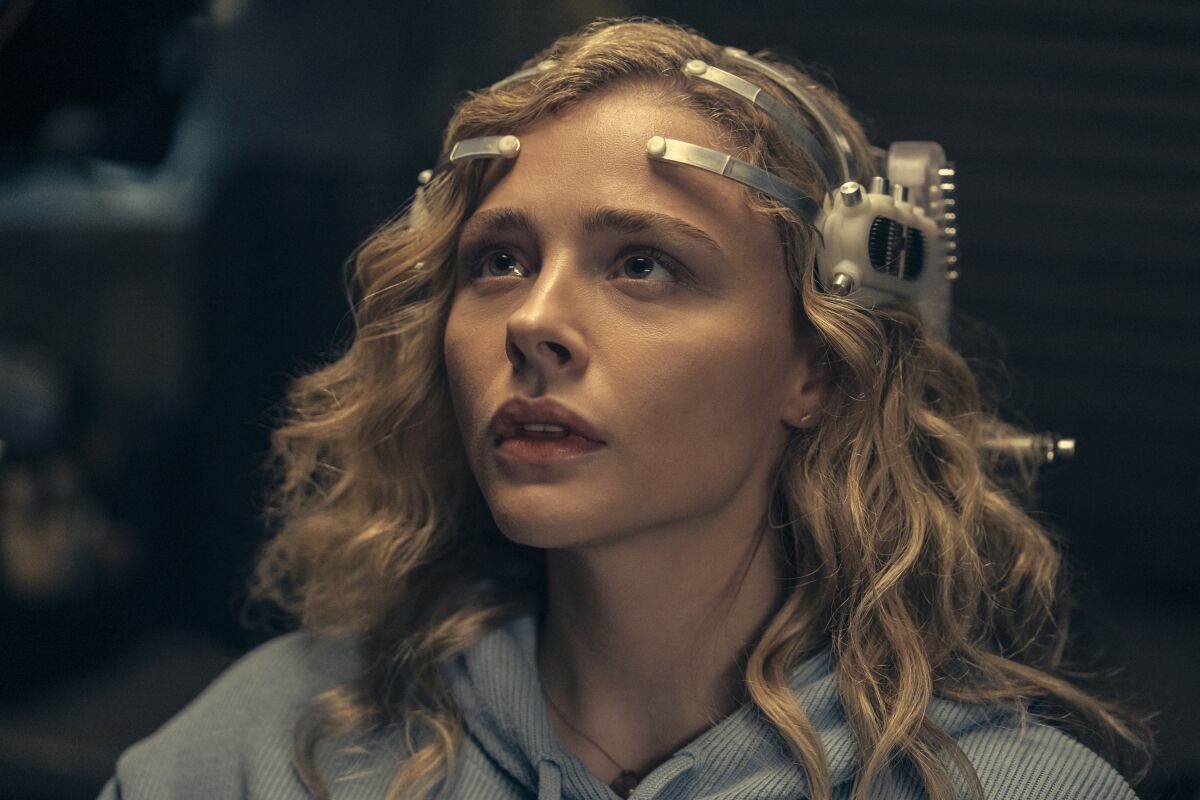 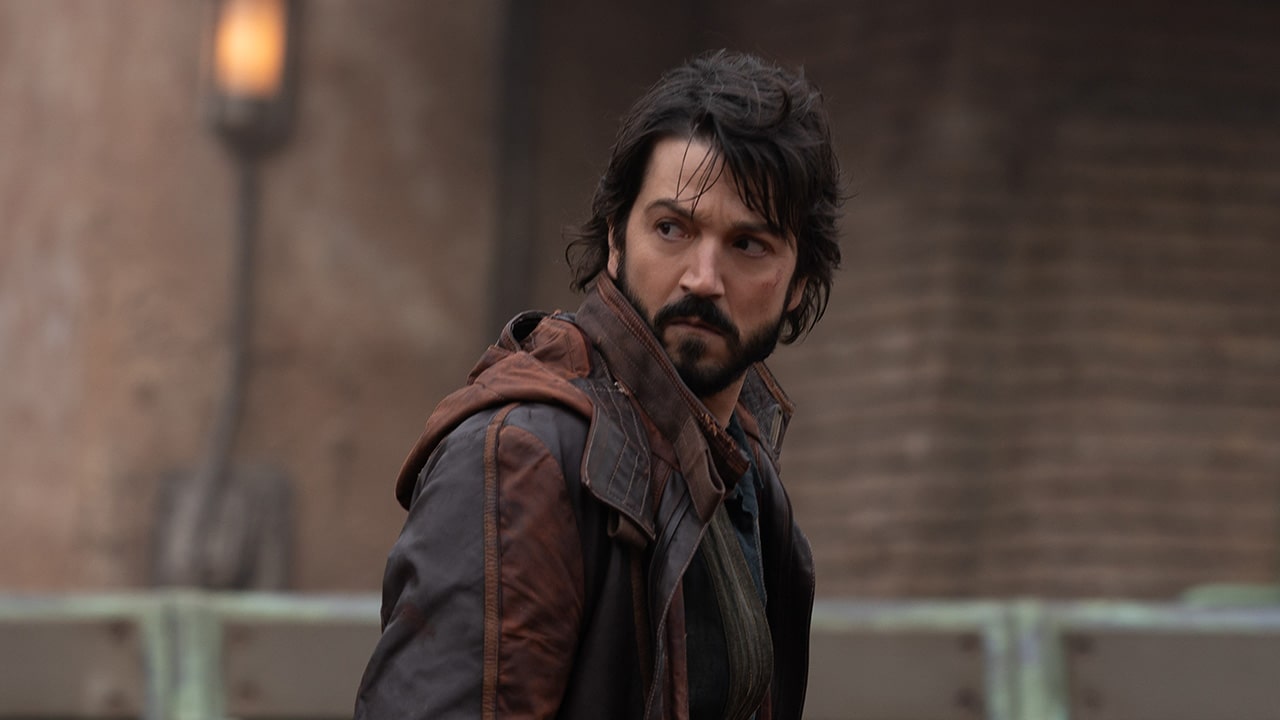