"Compassion is not a character trait like a sunny disposition. It must be learned, and it is learned by having adversity at our windows. . ." 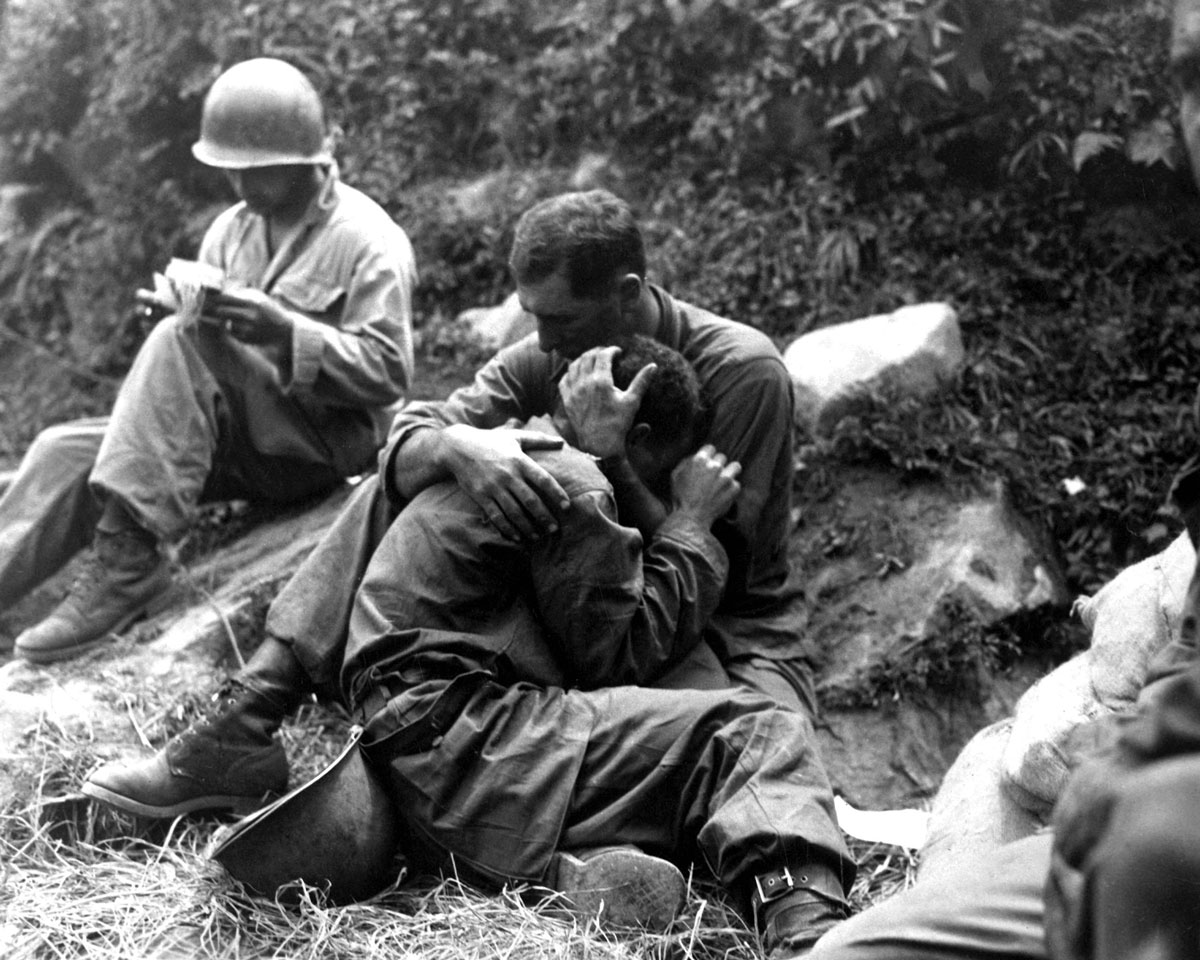 A New Yorker, Ascher draws her examples for “On Compassion” from life in that city. The brief scenes she describes—the encounter on the street corner, the moment in the café—allow the reader to imagine the thoughts and feelings of the participants. As you read, take note of how the specific details of the city enliven her examples and the way that specificity helps the examples to illustrate her argument.

The man’s grin is less the result of circumstance than dreams or madness. His buttonless shirt, with one sleeve missing, hangs outside the waist of his baggy trousers. Carefully plaited dreadlocks bespeak a better time, long ago. As he crosses Manhattan’s Seventy-ninth Street, his gait is the shuffle of the forgotten ones held in place by gravity rather than plans. On the corner of Madison Avenue, he stops before a blond baby in an Aprica stroller. The baby’s mother waits for the light to change and her hands close tighter on the stroller’s handle as she sees the man approach.

The others on the corner, five men and women waiting for the crosstown bus, look away. They daydream a bit and gaze into the weak rays of November light. A man with a briefcase lifts and lowers the shiny toe of his right shoe, watching the light reflect, trying to catch and balance it, as if he could hold and make it his, to ease the heavy gray of coming January, February, and March. The winter months that will send snow around the feet, calves, and knees of the grinning man as he heads for the shelter of Grand Central or Pennsylvania Station.

But for now, in this last gasp of autumn warmth, he is still. His eyes fix on the baby. The mother removes her purse from her shoulder and rummages through its contents: lipstick, a lace handkerchief, an address book. She finds what she’s looking for and passes a folded dollar over her child’s head to the man who stands and stares even though the light has changed and traffic navigates about his hips.

His hands continue to dangle at his sides. He does not know his part. He does not know that acceptance of the gift and gratitude are what make this transaction complete. The baby, weary of the unwavering stare, pulls its blanket over its head. The man does not look away. Like a bridegroom waiting at the altar, his eyes pierce the white veil.

The mother grows impatient and pushes the stroller before her, bearing the dollar like a cross. Finally, a black hand rises and closes around green.

Was it fear or compassion that motivated the gift?

Up the avenue, at Ninety-first Street, there is a small French bread shop where you can sit and eat a buttery, overpriced croissant and wash it down with rich cappuccino. Twice when I have stopped here to stave hunger or stay the cold, twice as I have sat and read and felt the warm rush of hot coffee and milk, an old man has wandered in and stood inside the entrance. He wears a stained blanket pulled up to his chin, and a woolen hood pulled down to his gray, bushy eyebrows. As he stands, the scent of stale cigarettes and urine fills the small, overheated room.

The owner of the shop, a moody French woman, emerges from the kitchen with steaming coffee in a Styrofoam cup, and a small paper bag of… of what? Yesterday’s bread? Today’s croissant? He accepts the offering as silently as he came, and is gone.

Twice I have witnessed this, and twice I have wondered, what compels this woman to feed this man? Pity? Care? Compassion? Or does she simply want to rid her shop of his troublesome presence? If expulsion were her motivation she would not reward his arrival with gifts of food. Most proprietors do not. They chase the homeless from their midst with expletives and threats.

As winter approaches, the mayor of New York City is moving the homeless off the streets and into Bellevue Hospital. The New York Civil Liberties Union is watchful. They question whether the rights of these people who live in our parks and doorways are being violated by involuntary hospitalization.

I think the mayors notion is humane, but I fear it is something else as well. Raw humanity offends our sensibilities. We want to protect ourselves from an awareness of rags with voices that make no sense and scream forth in inarticulate rage. We do not wish to be reminded of the tentative state of our own well-being and sanity. And so, the troublesome presence is removed from the awareness of the electorate.

Like other cities, there is much about Manhattan now that resembles Dickensian London. Ladies in high-heeled shoes pick their way through poverty and madness. You hear more cocktail party complaints than usual, “I just can’t take New York anymore.” Our citizens dream of the open spaces of Wyoming, the manicured exclusivity of Hobe Sound.

And yet, it may be that these are the conditions that finally give birth to empathy, the mother of compassion. We cannot deny the existence of the helpless as their presence grows. It is impossible to insulate ourselves against what is at our very doorstep. I don’t believe that one is born compassionate. Compassion is not a character trait like a sunny disposition. It must be learned, and it is learned by having adversity at our windows, coming through the gates of our yards, the walls of our towns, adversity that becomes so familiar that we begin to identify and empathize with it.

For the ancient Greeks, drama taught and reinforced compassion within a society. The object of Greek tragedy was to inspire empathy in the audience so that the common response to the hero’s fall was: “There, but for the grace of God, go I.” Could it be that this was the response of the mother who offered the dollar, the French woman who gave the food? Could it be that the homeless, like those ancients, are reminding us of our common humanity? Of course, there is a difference. This play doesn’t end—and the players can’t go home.

* Barbara Lazear Ascher, born in 1946, worked as a lawyer for two years before she became a full-time writer. Her essays, which have appeared in newspapers and magazines, have been collected in Playing after Dark (1986) and The Habit of Loving (1989). She has also written books about her brother’s death from AIDS (Landscape without Gravity: A Memoir of Grief, 1993) and romance (Dancing in the Dark: Romance, Yearning, and the Search for the Sublime, 1999).

Source: The Habit of Loving by Barbara Lazear Ascher.