Zizek discusses and links together several topics, such as the Black Lives Matter movement, the 'All Lives Matter' response to it, identity politics, subjectivity and universalism, why white liberals are attracted to identity politics in general and the meaning of the 'Plus' in LGBT+. 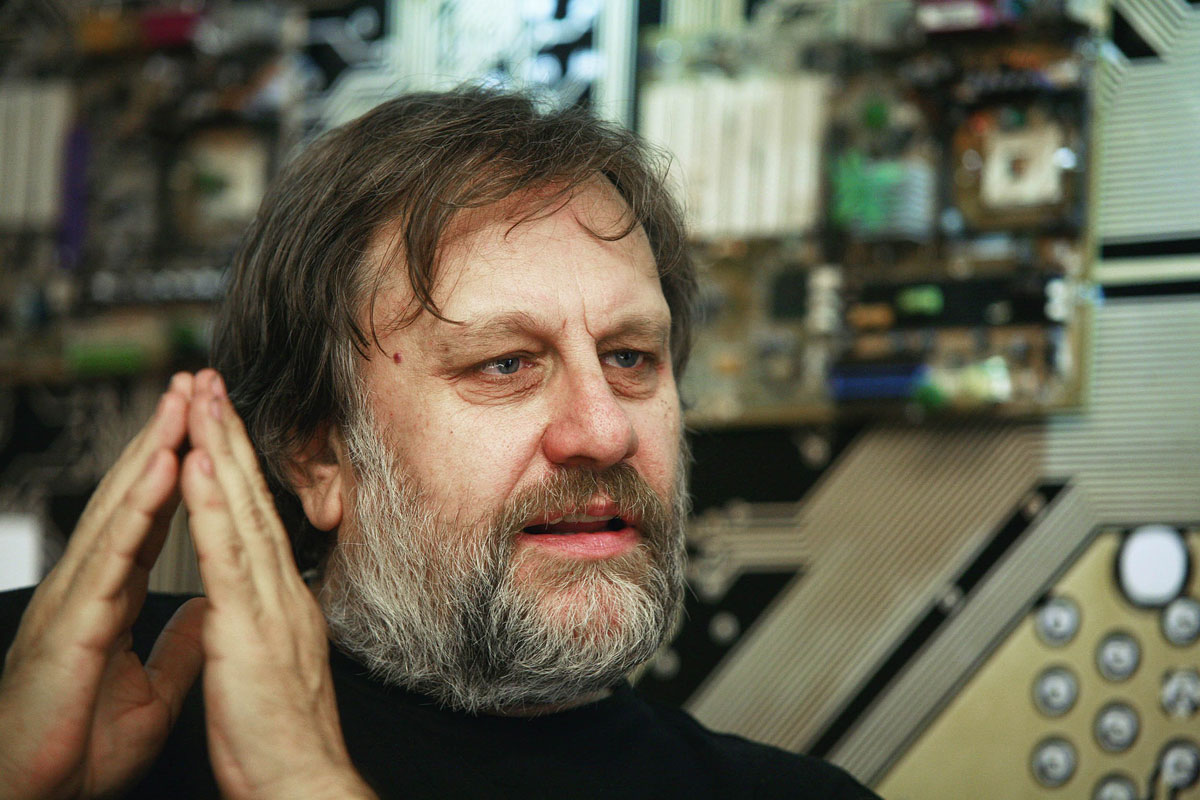 In this excerpt from a talk and Q&A given at the Institute for the Radical Imagination on 08/10/2019 titled ‘For a Left that Dares to Speak its Name’, Žižek discusses and links together several topics, such as the Black Lives Matter movement, the ‘All Lives Matter’ response to it, identity politics, subjectivity and universalism, why white liberals are attracted to identity politics in general and the meaning of the ‘Plus’ in LGBT+.

Now I will do something to really annoy you. I, of course, totally support black liberation in the precise sense– as an Hegelian I support it. For example, you know “black lives matter.” I totally, precisely as an Hegelian universalist, I totally reject the stupid white liberal counterpoint made among others by Trump himself, “No, why only black lives matter, all lives should matter.” No, it’s a lie, because we are dealing here with what Hegel calls Concrete Universality. In every concrete historical situation, a certain type of racism, state violence is the concrete type which stands for universality. Today you have a lot of violence in the United States, but you cannot say “let’s just look at all of it.” What happens by the state apparatus police to black people is the emblematic figure. You know, it’s the same paradox—maybe I exaggerate a little bit—exist, to research racism in Germany in 1930s and ignore antisemitism. No, if you talk about race then you have to mention– that’s why– but nonetheless—now I come to my final points—maybe problematic to you, but it’s crucial. My reference here will be—and I say this to provoke you—I think these lines are more actual than ever.

That the black activist that I really appreciate is those who are aware of the trends of identity politics. White liberals love identity politics because, if you look closely at how it functions, it reduces the other underprivileged to a particular identity. White liberals love Native Americans who dance their folkloric dances, who have some shitty deep inside we should objectivize nature, you know, before you mine a mountain, you should ask the spirit of the mountain, if you do it allow… all that stuff– they love it. What they don’t like is if those  underprivileged don’t just play the game we want to assert our particular identity, but now sorry guys what we are oppressed in a much more radical way. We want to oppose you at the level of a different universality. The only true struggle is the struggle for universality itself. And I would go to the end here—now I’m slowly coming to an end—just one quote, surprising for you, and then one wonderful Jewish joke.With this I will finish.

First, the quote it will maybe surprise you who it is from. It should be remember today. Huey Newton, the founder and theorist of the Black Panther Party. He so clearly thought, half century ago, the limitation of local national resistance to the global reign of capital. He even made a key step further and rejected the term decolonization as inappropriate. His point was that one cannot […] global capitalism from the position of national unities, here’s his statement from a unique dialogue– this was a so beautiful sublime moment. In 1972, Huey Newton kept a dialogue with Erik Erikson, the Freudian psychoanalyst, who was deeply sympathetic—white guy, old white guy from Europe—deeply sympathetic to Black Panthers. And here’s what Huey Newton said– I admire this. Quote:

“We in the Black Panther Party thought that United States was no longer a nation, it was something else. It was more than a nation. It cannot only expanded its territorial boundaries but he can expand all of its control as well. We call it an Empire. Now, at one time the world kept an empire in which the conditions of rule were different, the Roman Empire. The difference between the Roman and the American Empires  is that other nations were able to exist external to and independent of the Roman Empire, because their means of exploitation, conquest and control was all relatively limited; but what we, when we say “empire” today, we mean precisely what we say: an Empire is a nation state that can transform itself into a power controlling all the worlds, lands and people. We believe that there are no more colonies or newer colonies. Even people is colonized, it must be possible for them to decolonize and become what they formerly were. But what happens when the raw materials are extracted and labor is exploited within the territory dispersed over the entire Globe, when the richest all their whole earth are depleted and used to feed a gigantic industrial machine. Then the people and the economy are so integrated into the imperialist empire that is impossible to decolonize, to return to the former condition of existence. Its colonies cannot decolonize and return to their original existence as Nations. The, Nations no longer exist, nor we believe will they ever exist again.” And so on, and so on.

That’s where we are today.

The problem of identity politics– where I have a problem with it– is that it presupposes that identities exist. I don’t think they exist. And that’s my problem even with, for example, certain versions of LGBT—to make a jump– and approaching the end—LGBT+– again and again then, they still accept the fact that. We have gender identities, they just want to expand the list. It’s not just the traditional binary masculine and feminine, it’s– And then you get 30-40 books– bisexual, multi-sexual, asexual, whatever you want.

But the way—to repeat my old joke, maybe some of you know it—the way I would approach LGBT is– as an Hegelian, my favorite moment of it is the “Plus”, LGBT+. What is this “Plus”? That is the wrong British empiricist reading  of it. That “Plus” simply means maybe there are other identities that we didn’t  yet discover, so we should keep our mind open. What if tomorrow a guy comes who says “I am Trigender,” or whatever– “oh sorry guy, you were not on the list, we will add you to the list.”

But if there is a lesson is that today subjectivity is this “Plus” itself. Non-identical. This idea that you can be “Plus” in the sense of excess over identity. And this is today’s subjectivity, the “Plus” itself. The psychoanalytic name for it is hysteria, feminine hysteria. Which is not […] hysterical women– for Jacques Lacan, this is the highest […] of subjectivity. Lacan emphasizes that all creative science—not university science that just report on the results—but creative science is hysterical. Hysterical in the sense of what? What is hysteria that is most fundamental? It’s precisely questioning your identity, even at the most  primitive level—I’m sorry to be so vulgar. But if you are heterosexual and love a woman and the woman ask you this eternal stupid question—it can be annoying: “tell me why do you love me?” Of course there is no answer to this one. The moment you answer it, you’re not truly in love. But you know, this is the basic hysterical question: you, the discourse of the master society, you are telling me what I am, a wife, a servant, whatever… why am I what you are saying that I am?  This basic doubt of your identity. Which precisely opens up a universal dimension.

The Matrix, or, the Two Sides of Perversion – by Slavoj Žižek

If Hitchcock’s Psycho confronts us with the antagonisms of modernity, how are these antagonisms displaced in our postmodern era? Andy and Larry Wachowskis The Matrix unwittingly provides the answer.

The famed philosopher and social critic Slavoj Žižek describes political correctness as a tacit form of totalitarianism, an act of coercion built upon the premise that “I know better than you what you really want.”