Bertrand Russell: Why I Am Not a Communist

Marx’s doctrine was bad enough, but the developments which it underwent under Lenin and Stalin made it much worse.

The theoretical doctrines of Communism are for the most part derived from Marx. My objections to Marx are of two sorts: one, that he was muddleheaded; and the other, that his thinking was almost entirely inspired by hatred. The doctrine of surplus value, which is supposed to demonstrate the exploitation of wage-earners under Capitalism, is arrived at: (a) by surreptitiously accepting Malthus’ doctrine of population, which Marx and all his disciples explicitly repudiate; (b) by applying Ricardo’s theory of value to wages, but not to the prices of manufactured articles. He is entirely satisfied with the result, not because it is in accordance with the facts or because it is logically coherent, but because it is calculated to rouse fury in wage-earners. Marx’s doctrine that all historical events have been motivated by class conflicts is a rash and untrue extension to world history of certain features prominent in England and France a hundred years ago. His belief that there is a cosmic force called Dialectical Materialism which governs human history independently of human volitions, is mere mythology. His theoretical errors, however, would not have mattered so much but for the fact that, like Tertullian and Carlyle, his chief desire was to see his enemies punished, and he cared little what happened to his friends in the process.

Marx’s doctrine was bad enough, but the developments which it underwent under Lenin and Stalin made it much worse. Marx had taught that there would be a revolutionary transitional period following the victory of the Proletariat in a civil war and that during this period the Proletariat, in accordance with the usual practice after a civil war, would deprive its vanquished enemies of political power. This period was to be that of the dictatorship of the Proletariat. It should not be forgotten that in Marx’s prophetic vision the victory of the Proletariat was to come after it had grown to be the vast majority of the population. The dictatorship of the Proletariat therefore as conceived by Marx was not essentially antidemocratic. In the Russia of 1917, however, the Proletariat was a small percentage of the population, the great majority being peasants. It was decreed that the Bolshevik party was the class-conscious part of the Proletariat, and that a small committee of its leaders was the class-conscious part of the Bolshevik party. The dictatorship of the Proletariat thus came to be the dictatorship of a small committee, and ultimately of one man—Stalin. As the sole class-conscious Proletarian, Stalin condemned millions of peasants to death by starvation and millions of others to forced labor in concentration camps. He even went so far as to decree that the laws of heredity are henceforth to be different from what they used to be, and that the germ plasm is to obey Soviet decrees but not that reactionary priest Mendel. I am completely at a loss to understand how it came about that some people who are both humane and intelligent could find something to admire in the vast slave camp produced by Stalin.

I have always disagreed with Marx. My first hostile criticism of him was published in 1896. But my objections to modern Communism go deeper than my objections to Marx. It is the abandonment of democracy that I find particularly disastrous. A minority resting its power upon the activities of a secret police is bound to be cruel, oppressive and obscurantist. The dangers of irresponsible power came to be generally recognized during the eighteenth and nineteenth centuries, but those who have been dazzled by the outward success of the Soviet Union have forgotten all that was painfully learned during the days of absolute monarchy, and have gone back to what was worst in the Middle Ages under the curious delusion that they were in the vanguard of progress.

There are signs that in course of time the Russian regime will become more liberal. But, although this is possible, it is very far from certain. In the meantime, all those who value not only art and Science but a sufficiency of daily bread and freedom from the fear that a careless word by their children to a schoolteacher may condemn them to forced labor in a Siberian wilderness, must do what lies in their power to preserve in their own countries a less servile and more prosperous manner of life.

There are those who, oppressed by the evils of Communism, are led to the conclusion that the only effective way to combat these evils is by means of a world war. I think this a mistake. At one time such a policy might have been possible, but now war has become so terrible and Communism has become so powerful that no one can tell what would be left after a world war, and whatever might be left would probably be at least as bad as present-day Communism. This forecast does not depend upon which side, if either, is nominally victorious. It depends only upon the inevitable effects of mass destruction by means of hydrogen and cobalt bombs and perhaps of ingeniously propagated plagues. The way to combat Communism is not war. What is needed in addition to such armaments as will deter Communists from attacking the West, is a diminution of the grounds for discontent in the less prosperous parts of the non-Communist world. In most of the countries of Asia, there is abject poverty which the West ought to alleviate as far as it lies in its power to do so. There is also a great bitterness which was caused by the centuries of European insolent domination in Asia. This ought to be dealt with by a combination of patient tact with dramatic announcements renouncing such relics of white domination as survive in Asia. Communism is a doctrine bred of poverty, hatred and strife. Its spread can only be arrested by diminishing the area of poverty and hatred.

Originally appeared in the Background Book, Why I Opposed Communism, published by Phoenix House, Ltd. 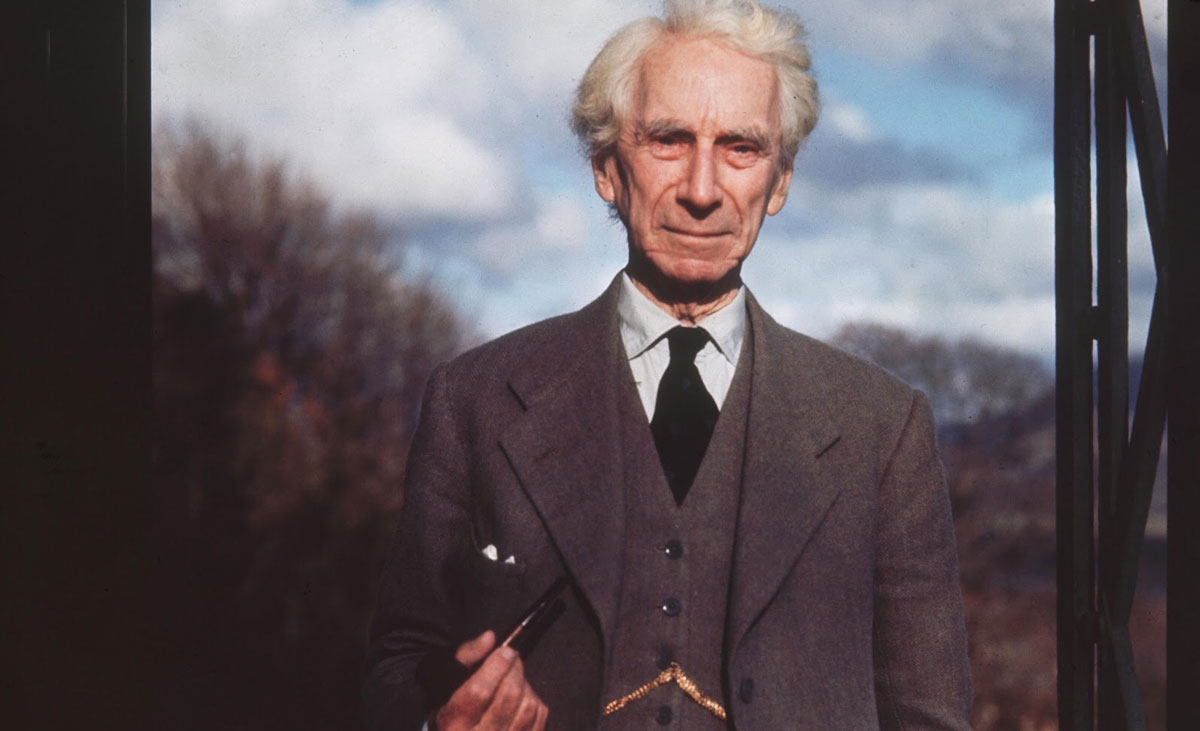 Bertrand Russsell: The Fear of Death

Bertrand Russell has consistently advocated ideals and expressed beliefs which have made him, along with Shaw and Wells, if not quite with Marx and Freud, one of the formative influences on the modem mind. 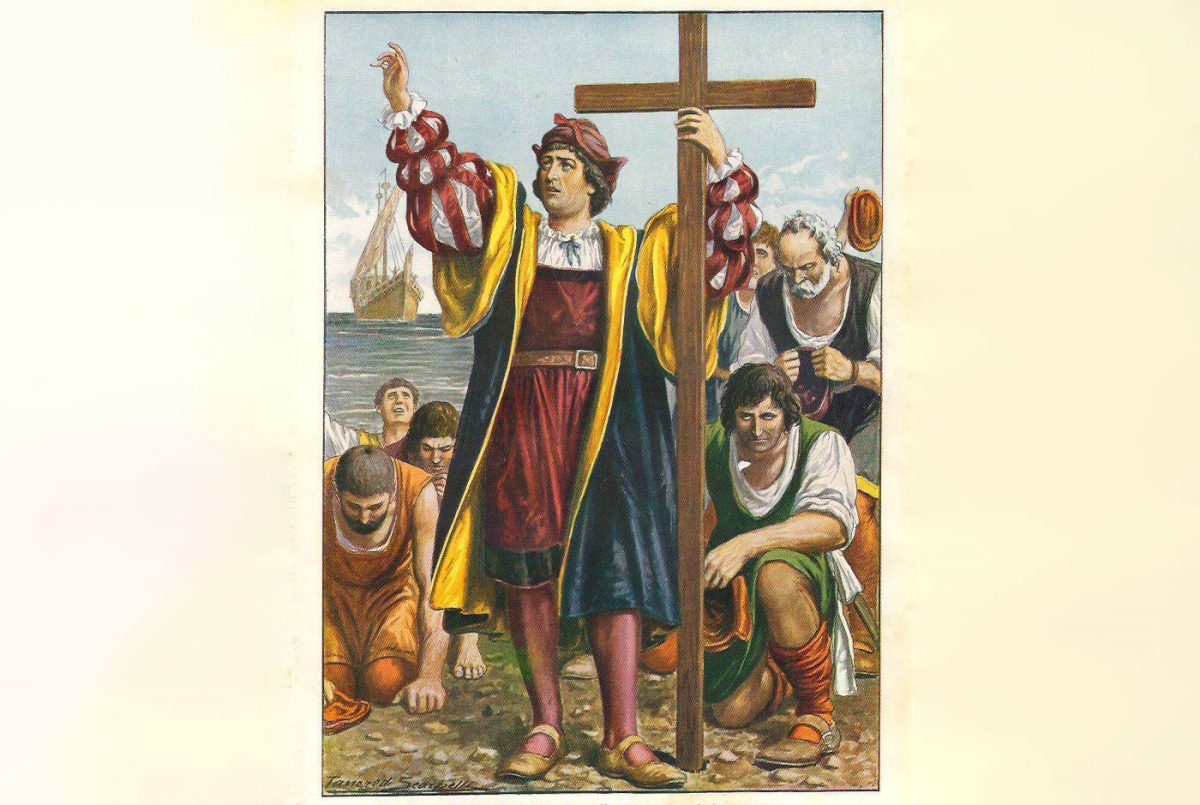 The Harm That Good Men Do

A good man is one whose opinions and activities are pleasing to the holders of power.

Can Men Be Rational?

In these days rationality has received many hard knocks, so that it is difficult to know what one means by it, or whether, if that were known, it is something which human beings can achieve.