Shoeshine, written by Cesare Zavattini, is a social protest film that rises above its purpose. It is a lyric study of how two boys betrayed by society betray each other and themselves 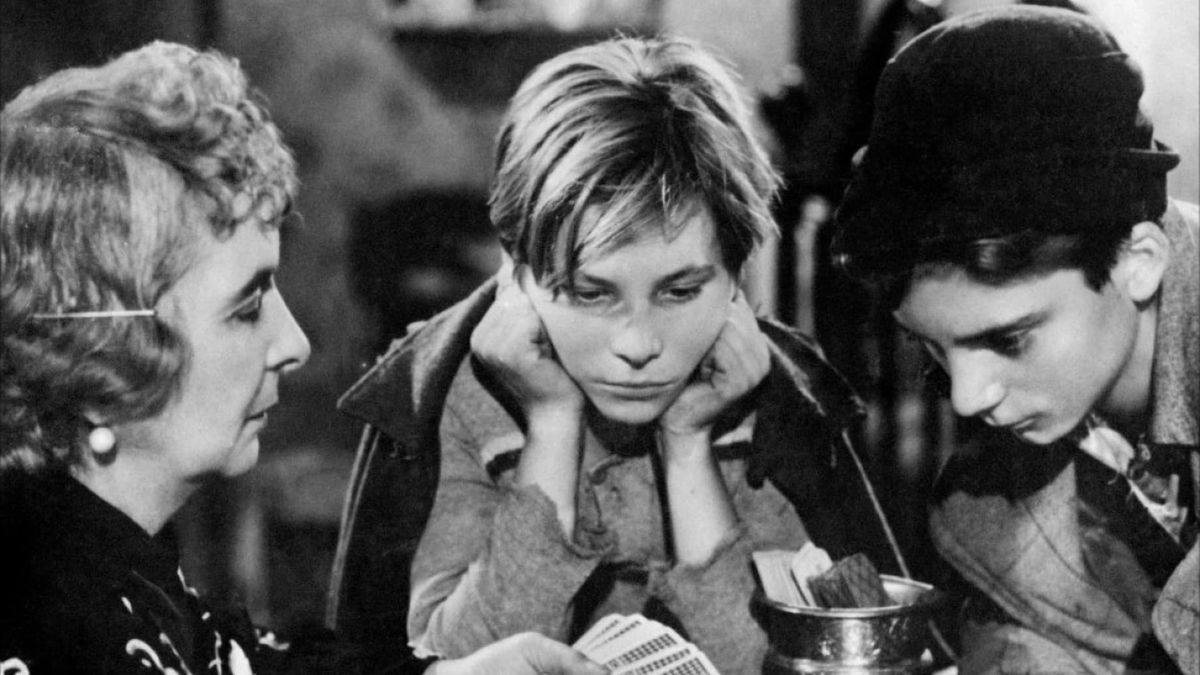 When Shoeshine opened in 1947, I went to see it alone after one of those terrible lovers’ quarrels that leave one in a state of incomprehensible despair. I came out of the theater, tears streaming, and overheard the petulant voice of a college girl complaining to her boyfriend, “Well I don’t see what was so special about that movie.” I walked up the street, crying blindly, no longer certain whether my tears were for the tragedy on the screen, the hopelessness I felt for myself, or the alienation I felt from those who could not experience the radiance of Shoeshine. For if people cannot feel Shoeshine, what can they feel? My identification with those two lost boys had become so strong that I did not feel simply a mixture of pity and disgust toward this dissatisfied customer but an intensified hopelessness about everything . . . Later I learned that the man with whom I had quarreled had gone the same night and had also emerged in tears. Yet our tears for each other, and for Shoeshine did not bring us together. Life, as Shoeshine demonstrates, is too com­plex for facile endings.

Shoeshine was not conceived in the patterns of romance or melodrama; it is one of those rare works of art which seem to emerge from the welter of human experience without smooth­ing away the raw edges, or losing what most movies lose — the sense of confusion and accident in human affairs. James Agee’s immediate response to the film was, “Shoeshine is about as beautiful, moving, and heartening a film as you are ever likely to see.” A few months later he retracted his evaluation of it as a work of art and wrote that it was not a completed work of art but “the raw or at best the roughed-out materials of art.” I think he should have trusted his initial response: the greatness of Shoeshine is in that feeling we get of human emotions that have not been worked-over and worked-into something (a pat­tern? a structure?) and cannot really be comprised in such a structure. We receive something more naked, something that pours out of the screen.

Orson Welles paid tribute to this quality of the film when he said in 1960, “In handling a camera I feel that I have no peer. But what De Sica can do, that I can’t do. I ran his Shoeshine again recently and the camera disappeared, the screen disap­peared; it was just life . . .”

When Shoeshine came to this country, Life Magazine wrote, “New Italian film will shock the world . . . will act on U.S. audiences like a punch in the stomach.” But few Americans felt that punch in the stomach. Perhaps like the college girl they need to be hit by an actual fist before they can feel. Or, perhaps, to take a more charitable view of humanity, they feared the pain of the film. Just about everybody has heard of Shoeshine — it is one of the greatest and most famous films of all time — but how many people have actually seen it? They didn’t even go to see it in Italy. As De Sica has said, “Shoeshine was a disaster for the producer. It cost less than a million lire but in Italy few people saw it as it was released at a time when the first American films were reappearing . . .” Perhaps in the U.S. people stayed away because it was advertised as a social protest picture — which is a little like advertising Hamlet as a political study about a struggle for power.

Shoeshine has a sweetness and a simplicity that suggest greatness of feeling, and this is so rare in film works that to cite a comparison one searches beyond the medium — if Mozart had written an opera set in poverty, it might have had this kind of painful beauty. Shoeshine, written by Cesare Zavattini, is a social protest film that rises above its purpose. It is a lyric study of how two boys betrayed by society betray each other and themselves. The two young shoeshine boys who sustain their friendship and dreams amid the apathy of postwar Rome are destroyed by their own weaknesses and desires when sent to prison for black-marketeering. This tragic study of the corrup­tion of innocence is intense, compassionate, and above all, humane.