Icelandic couple Maria and Ingvar live with their herd of sheep on a beautiful but remote farm. When they discover a mysterious newborn on their farmland, they decide to keep it and raise it as their own. This unexpected prospect of a new family brings them much joy, before ultimately destroying them. 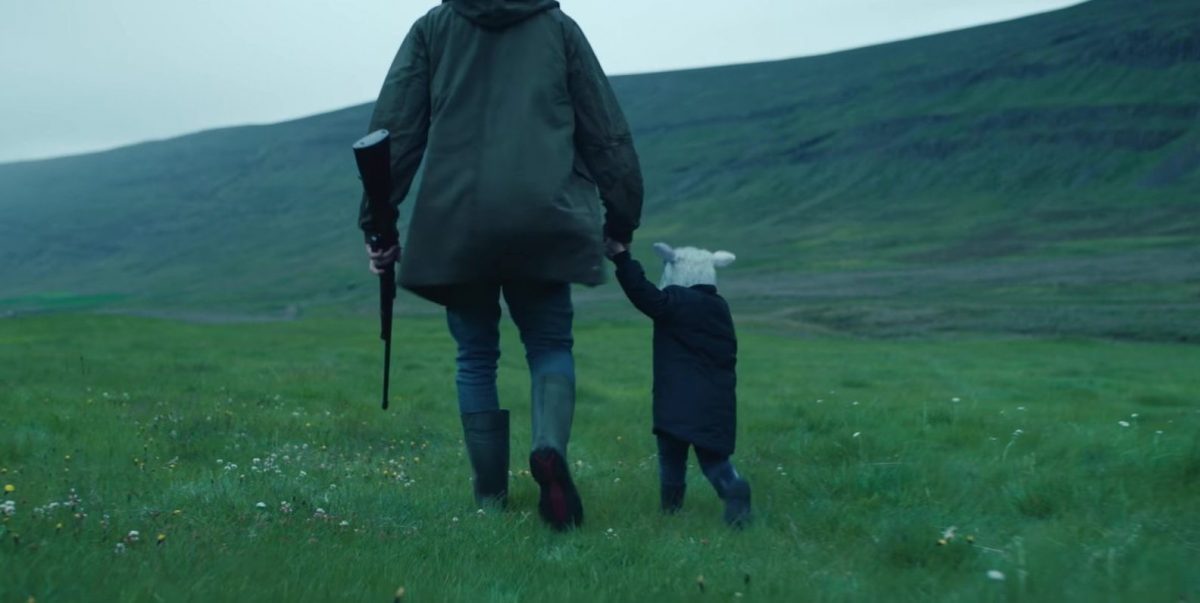 Presented this July 13 in the Un Certain Regard section at the 74th Cannes Film Festival, Lamb is Valdimar Jóhannsson’s first film.

Icelandic couple Maria (Noomi Rapace) and Ingvar (Hilmir Snaer Gudnason) live with their herd of sheep on a beautiful but remote farm. When they discover a mysterious newborn on their farmland, they decide to keep it and raise it as their own. This unexpected prospect of a new family brings them much joy, before ultimately destroying them.

Cannes is also that: discovering singular foreign films that are unlike anything else. Lamb by Valdimar Jóhannsson is one of them. Presented in the parallel section Un Certain Regard on July 13 on the occasion of the 74th Cannes Film Festival, this first feature film takes the viewer to the top of a mountain in Iceland, where a couple of farmers live in isolation.

Maria and Ingvar are sheep farmers, they no longer speak to each other, no longer share any intimate moments, but the unthinkable happens. In the fold, a sheep gives birth to a different, unique lamb. The two grieving souls, marked by the loss of a child, decide to tame it more than they should. But for any miracle, there is a price to pay.

These few lines should be enough to arouse interest. You have to be careful, Lamb is a work that is based on suspense, mystery and revealing its secrets would do it a disservice. Visual effects supervisor on big productions like Rogue One: A Star Wars Story or Prometheus, Valdimar Jóhannsson signs a personal object that stays in mind. Too strange and disturbing to fit it into a specific genre, it is a film that plays on different tones – sometimes a supernatural thriller, sometimes a family drama.

Lamb is a Scandinavian mythological tale that even borrows a few elements from the Bible. Throughout the story of the two characters, there is this parallel with Mary and Joseph, touched by a sign of fate. In its heavy atmosphere, the film is bathed in silence. It says a lot and the viewer learns more about the couple for those things they don’t say to each other.

In the heights of Iceland, his native country, Valdimar Jóhannsson offers a closed door in which the protagonists find themselves facing an anomaly. Anomaly is just the word that would best describe Lamb, a bittersweet nightmare.

The Icelandic director proves that contrary to what you might think, you can never really control Mother Nature 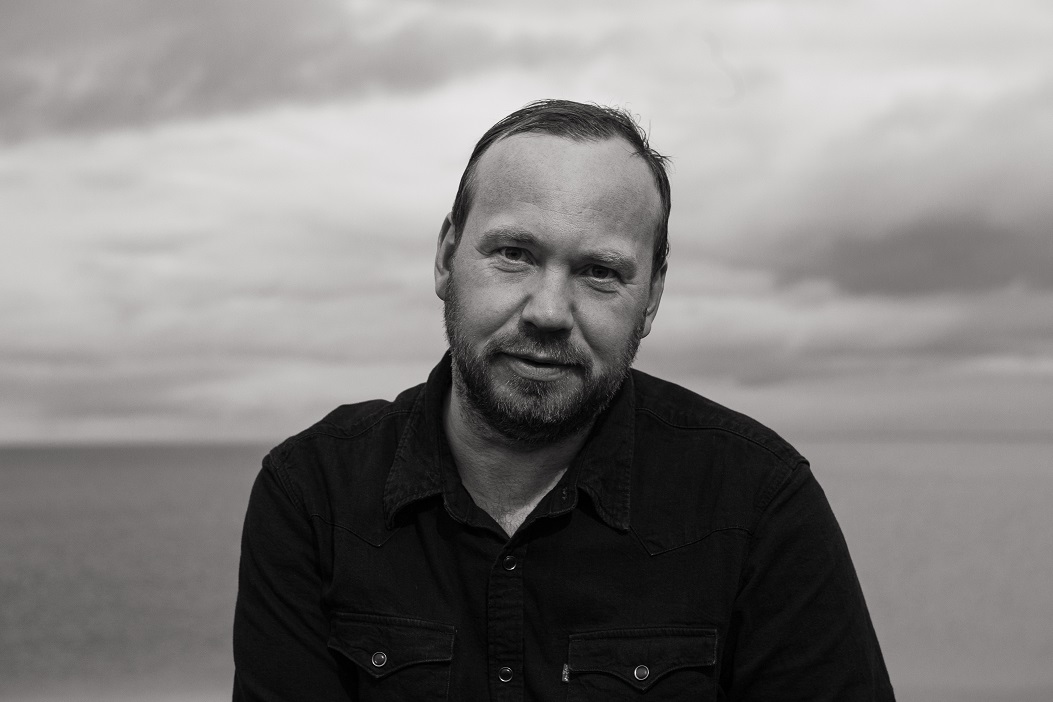 A childless couple, Maria and Ingvar ( Noomi Rapace and Hilmir Snær Guðnason ) suddenly find themselves parents, but the problems are only beginning. With the arrival of Ingvar’s brother, a good-for-nothing who questions their new situation, they must fight for something that obviously makes them happy. We met the director of the film, Valdimar Jóhannsson.

Cineuropa: Motherhood is an ideal theme for films that flirt a little with the supernatural. There is something primitive.

Valdimar Jóhannsson: Noomi was simply Maria the entire duration of the shoot. She was so, so focused. They both invested so much in the film. Everyone agrees that this is the strongest feeling there is. That’s right: there’s this very special bond between a mother and her child, but I also wanted to show the father, Ingvar.

Jóhannsson: My grandparents raised sheep, I spent a large part of my childhood with them because I lived nearby. They had a farm, and their relationship was built on so much respect and love. They did everything together. It was never a question of “men’s work” or “women’s work”. I think that’s what I had in mind when creating this story. Maria and Ingvar’s life is a life of routines, but they respect each other, that’s the point. Maria is gentle, but she can also be cold and determined, and Ingvar goes through pretty much anything for his wife. I hope people can still sense that something is wrong, that they have lost something important in the past. With Sjón, my screenwriter (and internationally renowned author), we made the choice to have so little dialogue. Particularly because people are always trying to read the minds of animals and understand what they are feeling. I thought it would be interesting to do the same with people.

Cineuropa: Your producers, Hrönn Kristinsdóttir and Sara Nassim, said it was difficult to find such a remote farm. Wherever you look, there is nothing.

Jóhannsson: In Iceland, during the lambing season, the night lasts two hours, we are always awake. After a while, this period becomes a bit like a dream. I don’t know, maybe I wanted nature to be a character in its own right. When you are this isolated, being able to see everything is probably scarier. When it’s dark, you don’t know what’s hiding outside. And the mystery hovers when you actually see it. The fear can be greater when it is daylight.

Cineuropa: It’s funny how quickly people come to terms with this new situation, which we won’t reveal here, even Ingvar’s brother. Why didn’t you want them to ask more questions?

Jóhannsson: I imagined it would turn out like this. If someone walked into your life like that, you would come to terms with them very quickly, even though it is very strange. As for the brother, he does things that the public might not approve of. But we had to be able to appreciate it in fact. I didn’t want to make him the villain of the story, someone who is immediately rejected. He makes mistakes, but he’s still part of the family. I have spent a lot of time with sheep farmers. When a lamb, or some other animal, is born and something is wrong, they euthanize it. In a way, that’s what happens with Pétur. We understand his initial reaction, because it is only the result of ancestral practices.

Cineuropa: The film also gives food for thought about the way we treat nature in general. We serve ourselves. We take, quite simply, as this couple does.

Jóhannsson: We think we are in control, but we are infinitely small and insignificant. We can never control nature, never completely. This aspect of the story wasn’t really planned, but I’m glad people think about it while watching the movie. It’s such an important topic these days. This question of  “what are we going to do with our future?”

It’s such a classic tale, with just one surreal element, and I think it’s a good thing it’s that simple. We have always wanted to make an arthouse film, even if we participated in some initiatives when funding Lamb. So many people ask me if I’m a fan of horror movies today. But, to me, it wasn’t a horror movie. You can call it a “genre film”, but for me, it’s a visual poem.