Only a day before the Nobel Prize in Literature was awarded to Samuel Beckett, I confided to my class in film history that Buster Keaton's vision of the world was in some ways more profoundly absurdist than Samuel Beckett’s.

Only a day before the Nobel Prize in Literature was awarded to Samuel Beckett, I confided to my class in film history that Buster Keaton’s vision of the world was in some ways more profoundly absurdist than Samuel Beckett’s. The following week I joked with jovial paranoia about the action of the Nobel Committee as merely the latest proof of a conspiracy of the Literary Establishment against the fledgling scholars of film. I then reaffirmed my cultural heresy and waited for cries of outrage from the linear louts. Unfortunately, there were no challenging ripples of disbelief, no intimations of interdisciplinary impudence. Not only do we live in an age when shock statements are taken as a matter of course; we accept also the most arrant sensationalism as a calculating stratagem: tentative, probing, even psychodramatic.

Perhaps all along I was really addressing all the eminently cinephobic professors from my Columbia College and Graduate English days. Not so much addressing them really as exorcising them, and not even them so much as the smug cinephobia of their cultural environment. Perhaps I have never gotten over the guilt I felt back then when I used to sneak away from classes down to the Nemo (now defunct), the Olympia (now an ethnic house) and the Thalia (still the dumpiest art house in the Western world). Indeed, the shadows of literary snobbery still loom menacingly over all my endeavors to the point where I often feel that I am shamefully subverting my students by showing them movies on class time. Not that I have any hard feelings against the literary world for protecting its cherished privileges. Nor do I wish to convert cinephobes to a medium they profess to despise. All that I ask is that they reserve judgment on films and film-makers (Keaton included) until they have had an opportunity to study said films and film-makers (Keaton included) first hand on the screen. To put it more bluntly: I have read Beckett. Have the cinephobes seen Keaton? Recently? If not, their film scholarship is sadly deficient and their liberal-arts education woefully incomplete. That’s all. A word to the wordily wise should be sufficient.

But why compare Keaton to Beckett at all? What has a professional vaudevillian turned filmic acrobat to do with a reclusive writer cast in the modern mold of chic alienation and despair? Rudi Blesch, Keaton’s biographer, suggests that Keaton anticipated Beckett in the absurdity of his (Keaton’s) vision. It is possible that Beckett’s pessimism may have been influenced by Keaton’s pratfalls. Possible but not especially logical. Although Beckett (1906-         ) was born only eleven years after Keaton (1895-1966), he might as well have been born in another century. Beckett was a late starter at least in the theater. He was in his fifties when En Attendant Godot was produced (in Paris in 1953). But Keaton was a relatively early starter, appearing in his first two-reelers with Fatty Arbuckle in 1917, directing his own two-reelers by 1920 and his own feature-length films by 1923. Granting that film-making at its most individualistic is a relatively collective form of creation compared to writing, it is safe to say that Keaton was a more prolific artist than Beckett and that having started much earlier he burned out much sooner. That Keaton’s burning out may have been caused largely by Hollywood’s wasteful industrial processes does not concern us at the moment. Limiting ourselves to Keaton’s most productive years, we find a veritable symphony of movements, gestures and imperturbable expressions in perfect harmony with almost every conceivable catastrophe known to man, machine and nature.

Keaton’s relatively brief burst of creativity barely spanned the decade of the Twenties between the first of his nineteen shorts (The High Sign) in 1920 and the last of his dozen silent features (Spite Marriage) in 1929. Until very recently, most of the works from this period were unavailable to the general public. Even the most avid American scholar was fortunate if he could get to see more than four or five of the thirty-one Keaton films. Hence, the late James Agee’s classic essay, “The Golden Age of Comedy,” did more for Agee’s reputation as a critic than for Keaton’s reputation as a clown. Without the opportunity to check out Keaton’s credentials first hand, most readers of Agee’s article tended to subordinate Keaton to a vague troika of a tradition, with Charles Chaplin and Harold Lloyd on either side of a comic noted inordinately for his great stone face.

Now, fortunately, almost all of Keaton’s works are available in 16 millimeter, and Raymond Rohauer has been circulating a Keaton Retrospective. Keaton’s lost years have finally been resurrected, and the results are staggering. On the level of satire, Keaton has taken on the Mafia (The High Sign), do-it-yourself doltishness (One Week), grotesque gallows humor (Convict 13), household ecology (The Scarecrow), slum sentimentality (Neighbors), an uproariously Freudian image of sticky paper currency as the equivalent of excrement in man’s obsessional existence (The Haunted House), the megalomania of show biz (The Playhouse), law and disorder (Cops, The Coat), misapplied technology (The Electric House), family feuds (Our Hospitality), assembly-line absurdity (The Navigator), the American matriarchy (Seven Chances) and the ridiculousness of war (The General).

It is not, however, as a satirist that Keaton is pre-eminent but rather as a pessimist in perpetual motion. Keaton’s images do not necessarily have to mean anything. They often exist solely for their beauty and grace. When Keaton flows into his machinery as if to provide a demonstration of entropy at work, he is not so much satirizing man’s relationship with the machine as celebrating it. A French critic-animator has noted Keaton’s similarity as a film-maker to later animators by virtue of his elaborate solutions to mathematical and geometrical puzzles on the screen. No other film-maker in history has concerned himself so conscientiously with plastic potentialities. There is a fantastic sequence in The Goat in which Keaton flees his pursuers by mounting a clay model of an equestrian statue just before the model is to be unveiled by its sculptor. Chaplin uses a similar gag in the opening of City Lights, but once the satiric potentialities of the shot have been exhausted, Chaplin scampers away from the statue. By contrast, Keaton remains mounted on the clay horse until it begins to sag and crumple under his weight, and the sculptor, a bearded nincompoop in a beret, proceeds to break down and weep. Keaton’s expression here is mercilessly pragmatic. What good is a clay horse (art?) if you can’t mount it to your own advantage. There is ultimately something unabashedly ruthless about Keaton’s comedy, which chills his humor. (His recurring “darky” jokes are but one symptom of the most uninhibitedly American film art since D. W. Griffith’s.) If anything, Keaton’s American unconscious is one of the richest treasure chests of social myth ever extracted from any artist in any medium.

Beckett, after Hitler and Buchenwald, found it philosophically appropriate that the theater be stripped down to its barest essentials and starkest configurations, but Keaton expanded and elaborated his comic spectacles to the point of bursting his stylized genre with an excess of physical and topographical documentation. Still, I cannot help feeling that the melancholy emanating from Keaton’s oeuvre, out of an age of official optimism, is artistically more fascinating than the more studied pessimism that pours from Beckett’s punctuated pauses and silences. If I prefer Keaton to Beckett, it is because I feel that Keaton was swimming against a current, and Beckett is swimming with it. Actually, it is not so much Keaton versus Beckett as Keaton-film versus Beckett-theater, which brings us imperceptibly and inevitably to the one palpable contact between Beckett and Keaton: The Samuel Beckett Film directed by Alan Schneider in 1965, with Buster Keaton.

Schneider’s direction of Keaton in Film is nothing short of catastrophic, but only if we retain any memory of the classic Keaton. Buster’s presence in the film is certainly no more crucial to its conception than the late Bert Lahr’s was to the conception of Waiting for Godot. But whereas Lahr’s casting was an inspiration, Keaton’s was an imposition. The fact that the film is silent not only takes away Beckett’s greatest strength as an artist—his sublimely succinct dialogue; it adds also to the pretentiousness of the project. Keaton would never have participated in such an overtly symbolic enterprise if he hadn’t needed the money. Curiously, certain morbid characteristics of Beckett’s personality emerge more clearly in the film precisely because of the lack of morbidity (and mortality) in Keaton’s persona. Beckett’s paranoia about prying eyes (of dogs, cats, parrots, goldfish and even self-reflecting mirrors) is rendered unconvincingly by Keaton in curiously menacing flourishes with overcoats and other drape-drab garments and fabrics. Keaton’s metaphorical eyepatch and fuzzy vision, his ostentatious awkwardness is a travesty of the alertness and agility that characterized Keaton in his mobile period; and it is doubtful-that the real Keaton would keep feeling his own pulse even if he had lived to be a hundred in the process. Beckett’s instinctive addiction to stasis in film as in theater is clearly consistent with his frightful memories of the camps and ovens, but Keaton’s life force was motion, and to have denied him this even in his old age was to consign him, albeit unconsciously, to the scrap heap of film history.

Buster Keaton did not therefore belong in Samuel Beckett’s film. Rumor has it that Keaton was not even originally the first choice for the role, and so no blame attaches to anyone for the misalliance. But what does that do to the alleged connection between Beckett and Keaton? Not much, really. Yet the comparison is still apt. What Keaton arrived at intuitively out of a combination of a relatively rootless childhood, a fantastic physical adaptability and a suitably uninhibited medium still in the midst of its birth pangs, Beckett formulated intellectually out of his confrontation with the nightmare of modern history. Whereas Keaton’s cinema may have once seemed somewhat innocent in its improvisations and feats of derring-do, it now seems extraordinarily prophetic and profound in its mythic configurations of all the catastrophes that have befallen us since 1929. Still, Keaton gives us hope, as Beckett does not, that man somehow possesses the beauty, grace and energy to overcome all obstacles to his continuing survival. And most magically of all, Keaton’s films compel us to accept survival even at the risk of sadness. How much more voluptuously self-satisfying is the self-pity we can wallow in while we wait for Godot! 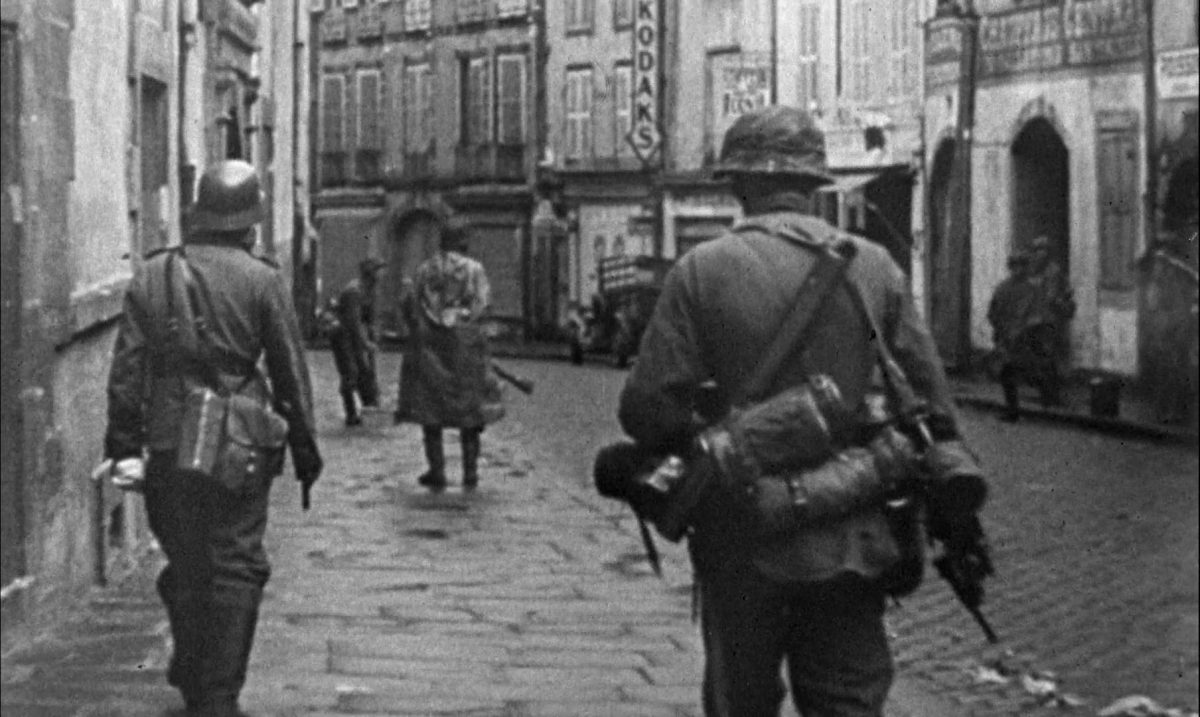 Lolita is a film that runs steadily downhill at too slow a pace for a needless two and a half hours. 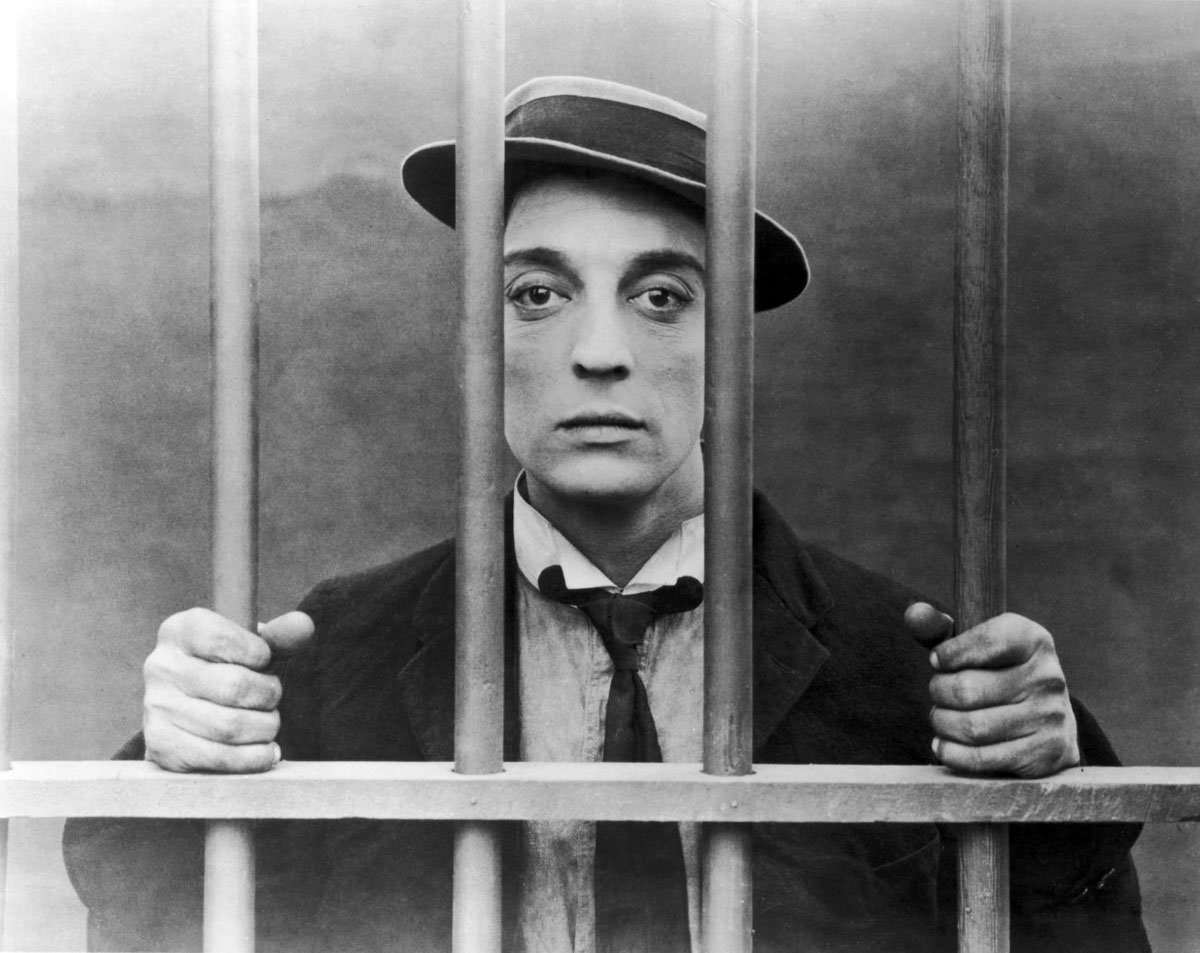 The great merit of Dr. Strangelove is its bad taste. It is silly to argue that we have the right to say anything we want but that to exercise this right is the height of irresponsibility. Responsible art is dead art, and a sane (no pun intended) film on the bomb would have been a deadly bore.