A broke, struggling Dostoevsky pitches "Crime and Punishment" to M. N. Katkov, the editor of a literary magazine

Twentieth century interpretations of ‘Crime and punishment’: a collection of critical essays

On Crime and Punishment (Letter to M. N. Katkov)

This is the psychological account of a crime. The action is contemporary, taking place in the present year. A young man, expelled from the student body of the university, of lower-class origins and living in utter poverty through thoughtlessness, through an infirmity of notions, having come under the influence of some of those strange, “incomplete” ideas which go floating about in the air, has decided to break out of his loathsome situation in one stroke. He has decided to kill a certain old woman, the widow of a titular councilor, who lends out money at interest. The old woman is stupid, hard of hearing, sickly, and greedy. She demands a Jew’s percentage, is malicious, and tears other people’s lives to pieces, harassing her own younger sister like a factory worker. “She is not fit for anything,” “What does she live for?” “Is she of use to anyone at all?” etc. These questions thoroughly disconcert the young man. He decides to kill her, to rob her of everything in order to bring happiness to his mother, who is living in the provinces; to save his sister, who lives with some landowners as a paid companion, from the lascivious claims of the head of this landowning family—claims which are threatening her with ruin; to finish his studies; to go abroad; and then for the remainder of his entire life to be honorable, upright, steadfast in fulfilling “his humane debt to mankind,” which will, of course, “expiate his crime,” if in fact the term crime can be applied to this act directed against an old woman, deaf, stupid, evil, and ailing, who herself does not know why she continues living on this earth and who after a month, perhaps, would die anyway of her own accord. Despite the fact that crimes of this nature are terribly difficult to perpetrate—i.e., some traces, clues, and so forth are almost always quite grossly evident and an enormous amount is left to chance, which almost always betrays the guilty party—it happens that in an absolutely fortuitous fashion he succeeds in accomplishing his undertaking both quickly and successfully. He passes almost a month after that before the final catastrophe. No one is suspicious of him, nor can they be. And so it is here that the whole psychological process of the crime unfolds. Insoluble questions confront the murderer; unsuspected and unanticipated feelings torment his heart. Divine truth and justice, the earthly law, claim their rights, and he ends by being compelled to give himself up. Compelled so that even if he perish in penal servitude, nonetheless he might once again be united to men. The feeling that he is separated and cut off from mankind, which he experienced immediately upon the completion of the crime, has tortured him. The law of justice and human nature have taken their hold. . . . The criminal himself decides to accept suffering in order to atone for his deed. But then I find it difficult to elucidate my thought fully. In my story there is, moreover, a hint of the idea that the criminal is much less daunted by the established legal punishment for a crime than lawgivers think, partly because he himself experiences a moral need for it. I have observed this even in the most undeveloped people, in the most crude circumstances. I wanted to express this idea particularly in a developed individual of the new generation so that the thought might be more clearly and concretely seen. Several incidents which have occurred quite recently have convinced me that my subject is not at all eccentric. Especially that the murderer is an intellectually developed young man who even has good inclinations. Last year in Moscow I was told (this is actually true) about a certain student expelled from the University after the incident with the Moscow students, that he decided to break into a post office and kill the postman. In our papers there are still many traces of this unusual infirmity of notions which is materializing into terrible deeds. (That seminarian who killed a girl in a barn after an agreement with her, and whom they arrested an hour later at lunch, and so forth.) In a word, I feel convinced that my subject is justified in part by contemporary life. . . .”

Source: “On Crime and Punishment (Letter to M. N. Katkov)” [Editor’s title] by Fyodor Af. Dostoevsky. Excerpt from a draft of a letter by Dostoevsky to M. N. Katkov. From Konstantin Mochulsky, Dostoevsky: His Life and Work, translated by Michael A. Minihan (copyright © 1967 by Princeton University Press; Princeton Paperback, 1971), pp. 272-273. 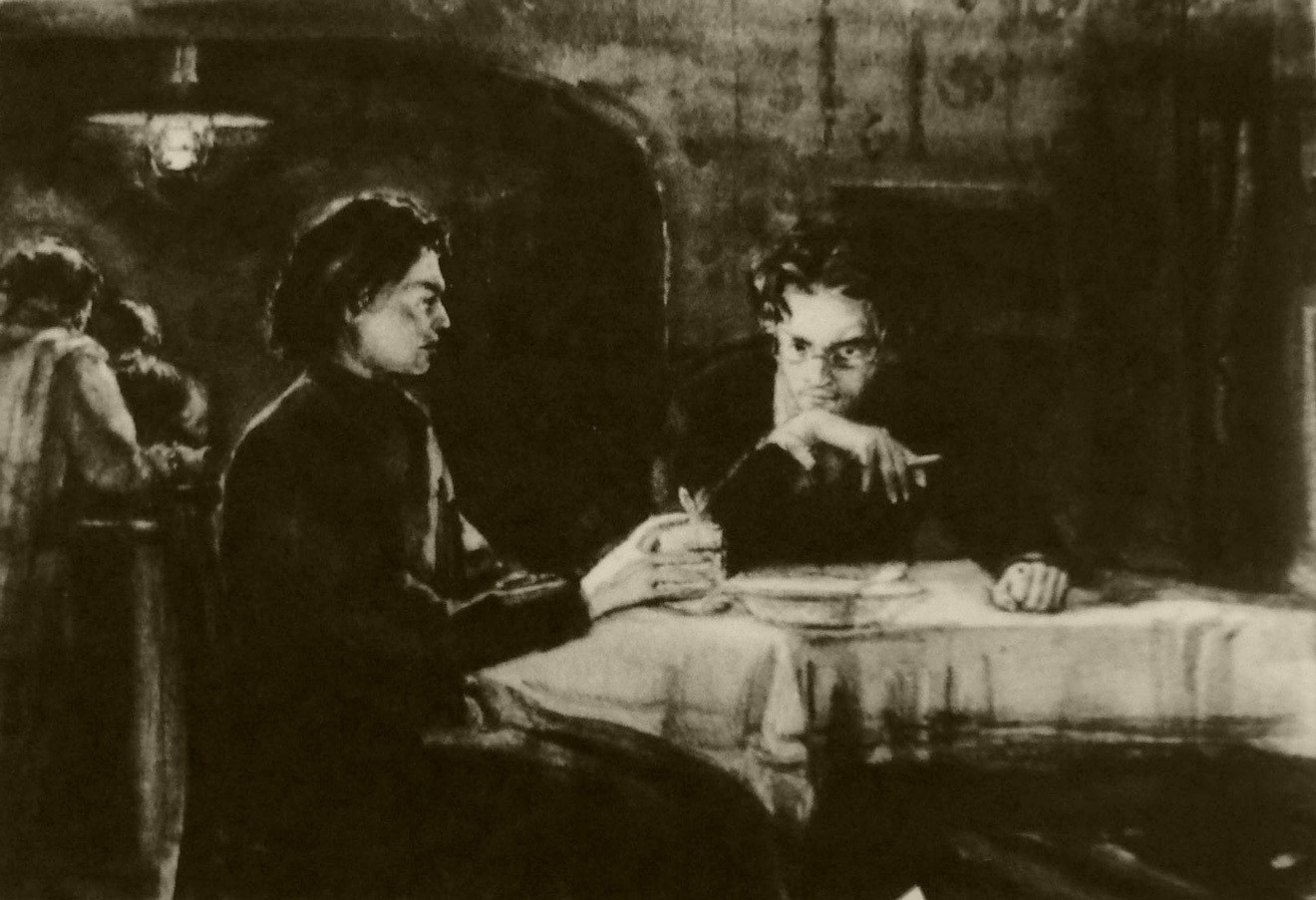 THE REJECTION OF SALVATION IN DOSTOEVSKY’S “THE BROTHERS KARAMAZOV”

If the romantic rebel extols evil and the individual, this does not mean that he sides with mankind, but merely with himself. Dandyism, of whatever kind, is always dandyism in relation to God. The individual, in so far as he is a created being, can oppose himself only to the Creator.

In this famous chapter of Dostoyevsky’s classic novel The Brothers Karamozov, Ivan and Alyosha—two of the book’s four brothers—meet at a restaurant. Though both in their early twenties, the brothers possess dramatically different personalities. Alyosha has just asked Ivan the question: “Will you explain why you don’t accept the world?” What follows is Ivan’s answer. 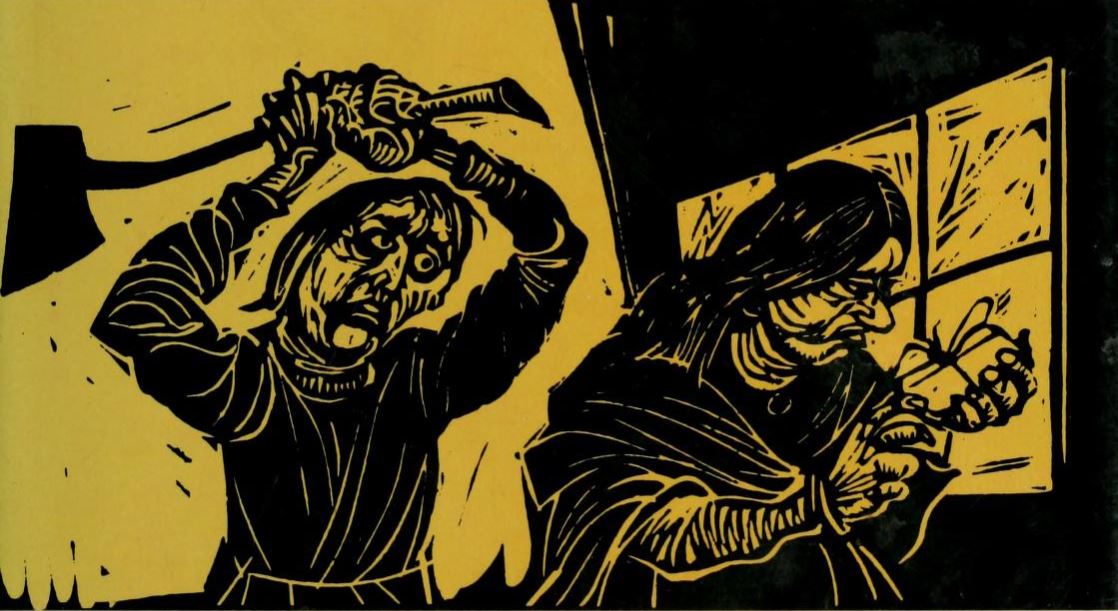 Rodion Raskolnikov is a young intellectual in his early twenties. Crushed by poverty, he has been forced to drop out of the university and now lives in a shabby little garret unable to pay the rent or buy food. With no prospects for the future, finding no outlet for his talents, he rages against a society callously indifferent to people like him.