'The Expedition' is a lesser-known dark comedy radio show written and performed by Dylan Moran in 2010. To give his wife some space, Aiden Clarke undertakes a tough Arctic expedition with her brother. 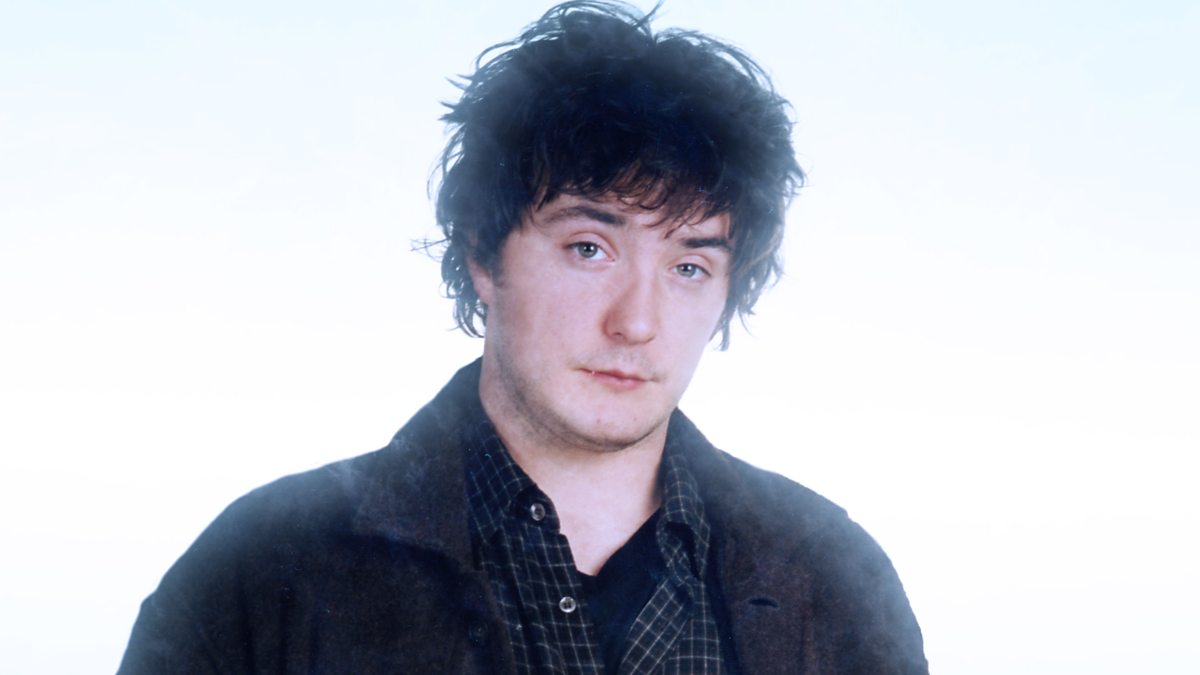 To give his wife some space, Aiden undertakes a tough Arctic expedition with her brother. Written and performed by Dylan Moran.

Entry 1
Er Hi Hi Hello.. This is erm er… Entry number one, what should I call you, “Dear Isabelle, Isabelle, Dear you”, dunno… “You there! we’re here”, I mean we’ve arrived well I mean we haven’t , but we’re here, we’re on our way to the base.

Aeroplane very bumpy fairly unpleasant but it was kind of calm before that just before we landed… amazing ice flows, below like er what I dunno… the broken world or something, er the horizon is, seems to be on fire. Ugh, this is a long way to come just to clear your head I suppose, but it works, I hope you get a lot of time to think, this weekend… assuming you want to of course, that didn’t come out right anyway… I’ll be thinking of you, and us and all that.

Leonard’s up ahead with the gear, bobbing and lolloping likes he’s trying to headbutt the sky, up and down, up and down, I’ll talk to you in a minute…

Entry 2
Hey! This is er entry 2, obviously, I hadn’t noticed before how much – like you – Leonard looks, I know he’s your baby brother and everything he has got a huge head but he does, he does look a bit like you, the eyes… he looks at me the same way when he’s not listening to me… the way you do, looks past my elbow and sort of nods, the same flat fronted teeth, ugh he’s got the tent and everything, but you know he is younger so… he er he wants to get to the camp early so we, “yeah alright!! alright Leonard!!!” he’s waving to me to catch up, I’m knackered! he wants to make sure we get there early he’s afraid we’re gonna look like the rest of the tourist eejits – I’ll talk to you in a bit.

Entry 3
Hi!, er whats so bad about being a tourist eejit anyway? We’ve over shot , or however you want to say it, the camp we’ve gone past it, Leonard is getting a bit er.. Shackleton on me, he’s gone off to have a look, he’s hopping mad , you know its not my fault, and er its very cold obviously it er I dunno minus er….minus enough to make you want to put hats on every part of you… I mean I think this is, you know, funny this what its about, this is an adventure, you go and you look for something and er and you know its ridiculous he’s kind of missing the point….it’s like being out shopping with you, and er I suppose now I see now why you got a bit fidgety when I brought up the idea of him coming on this trip, you know, I mean in fact you were rather more animated about that, than the idea that anything might happen to me, of course, you know I thought that was interesting , and Yes! ok I understand things are tough at the moment and you know it was pretty rotten – we know that – before I left, but it doesn’t have to be like that.. if you were here I think you would feel differently, maybe you know.. if you were seeing what I’m seeing this amazing brightness, this.. this clear world you look around , and you know it makes you think well you know, it puts you in perspective really I think er I think things will be better when I get back.

Entry 4
Listen.. can you hear that, your brother is chilling out, its official, I hope he knows some other tunes… We’re on our way doubling back, bloods running in all of my limbs….There’s a wind following us, but it’s not on us yet, we are a bit behind schedule, but there’ll be some tour rep at the camp anyway. I’m sorry about earlier, but you know I don’t mean to be heavy, its just probably being here, in this white hallway, makes you think of the first and last you know , the eternal light or whatever, but you I’ll speak to you, speak to you properly from the camp.

Entry 5
Well [chesty cough] …I can talk to you now,er to you that is , not Leonard who is a) asleep and b) not talking to me. He’s sleeping in the crucifix position, so I’m under his right armpit. You know hes like travelling with an incredibly tetchy self righteous Orangutan, although they’ll probably be quicker with the maps anyway you’re probably not speaking to me either – after that statement, so I’ve got stereo silent treatment and two cold shoulders, four! in fact if you count mine, never mind … er we’re in the tent, we’re not at the base yet, he wanted to push on, press on as he said about forty times… but I couldn’t go another step, so I convinced him to pitch up in about the nick of time I would say, because the wind really snapped down on us then… it was crazy trying to get this thing up er I was laughing , and well Leonard didn’t seem to like that.. Have a bath and think of me will ya, maybe I’ll wake up clean. I’ll talk to you in the morning.

Entry 6
Morning… I have no idea what entry this is, but it is day 2, its my turn to carry the pack but I’m not going to do that just yet, because Leonard has obviously gone out to recky our position again, and anyway as you can probably hear the wind is awake and up. So er… he should of told me he was er.. , well should of bloody woke me really, I’m going to eat something and then see if I can see him [cough] which I’m sure I’ll be able to do, once I get outside er in the in the…out there.. ugh

It’s quite heavy actually, its not actually a good idea, you know for him to have some kind of on-going spat, er I presumed this about yesterday he didn’t talk to me this morning, I don’t think that’s a good idea, because its kind of chucking it out and around out there, you know it looks like a big pillow fight or something

Entry 7
It is now half four, If Leonard left, I woke up at eight, so if he went at seven, he’s been out for ten hours so it’s er I’m er going to wait I’m, I’m frozen, I’m very cold I mean, I’m very cold , I’m going to wait and leave the tent up obviously um.. and wait for the wind to calm down, if he had waited, anyway .. anyway.. , I’ll go out again in an hour say, this by the way is not my fault, he’s 24 you know he should of woken me.

Entry 8
It’s perfectly still, I’ve lost the tent, I mean I can’t see it, I made a hole in the snow for a while, and er everything’s settled again, and er .. it looks changed, you know it’s different, its er… it looks a bit like when we got out of the plane, but from a different angle, obviously I haven’t gone that far, but I need to move on a bit to get the bearings [clears throat] my throat is sore, my foot is sore, my left foot, and er …um….. my right hand is a bit sore.

Entry 9
Talking is warm, I am talking I am warm, my other hand is er changing colour a bit, it’s kind of purpley black.. um..my hand is black Isabelle, I don’t know where Leonard is, he took his pack, I cant feel my foot, I have half a pack of digestives – I left the food in the tent for your brother.

I want you to listen to this , right…. in his pocket.. what was in his pocket, was it a piece of chocolate or bread or something .. no.. no no no no.. it was a cigar and the cigar was taped to a box of matches. I smoked the cigar beside your dead brother. Now how many matches were in the box! ok .. one! one! of course one! your brother is so dead, and inedible , what was he for.. besides coming to our flat and eating everything… part of his neck is missing, the fox got him, I knew there would be a fox, I’m ready for him … Er… few things First.. I’m very busy right now…so , I really don’t have that much time to talk but I want you to er I want you to.. book the restaurant and I don’t think we should put those shelves up in the hall, and if you do I’ll be very upset ok!…

I want you to call stoker… that estate agent guy! , and tell him to sell the cottage because its a white elephant ok ! it always has been, and also by the way I’ve decided I’m going to become an acrobat and give up work, so you have to get your act together and from now on, we’re having biscuit crumbs and lint for breakfast, dinner and tea, OK, mainly lint, if you have any problems with any of the above – you can speak to my people.

Entry 12
I saw a camel today, at first I thought he was here on business, he was slow about approaching me you know, seemed a bit wary… and then he disappeared for a while, but then .. all at once he was just behind me…. of course I got it wrong you know, I was expecting loads of questions about directions or sights… you see, I think of myself as one of the locals now, but it was pretty clear from his expression that he had seen it all before.. A hundred like me had come and gone, I wouldn’t be the last. in the end I was embarrassed, I wondered if for want of something to say, I should ask after the fox, but that would of been a mistake.. tourist stuff. He probably didn’t even know the guy.

I was glad when he mooched off in the end… he wanted no part of me, and craving his respect just made me feel ashamed.

Entry 13
Hello Isabelle, I am here.. where everything spills from, it’s very blue, its night now or day, but if it’s not day then its definitely night, everybody’s here… all the voices, I was surprised by how warm you sound, Leonard’s here somewhere, everybody… I hear my voice going through my bones urging me to join in… I know when I open my mouth I wont hear anything…

Acerbic, eternally world-weary comic in stand up routine. Dylan Moran holds forth on matters important to him such as smoking (pro rather than anti), drink, drugs, music, women and children.

Moran shows off his highly quotable brand of crackpot lyricism in routines about midlife travails, hipster scorn and feeling like a ‘jelly baby with money’