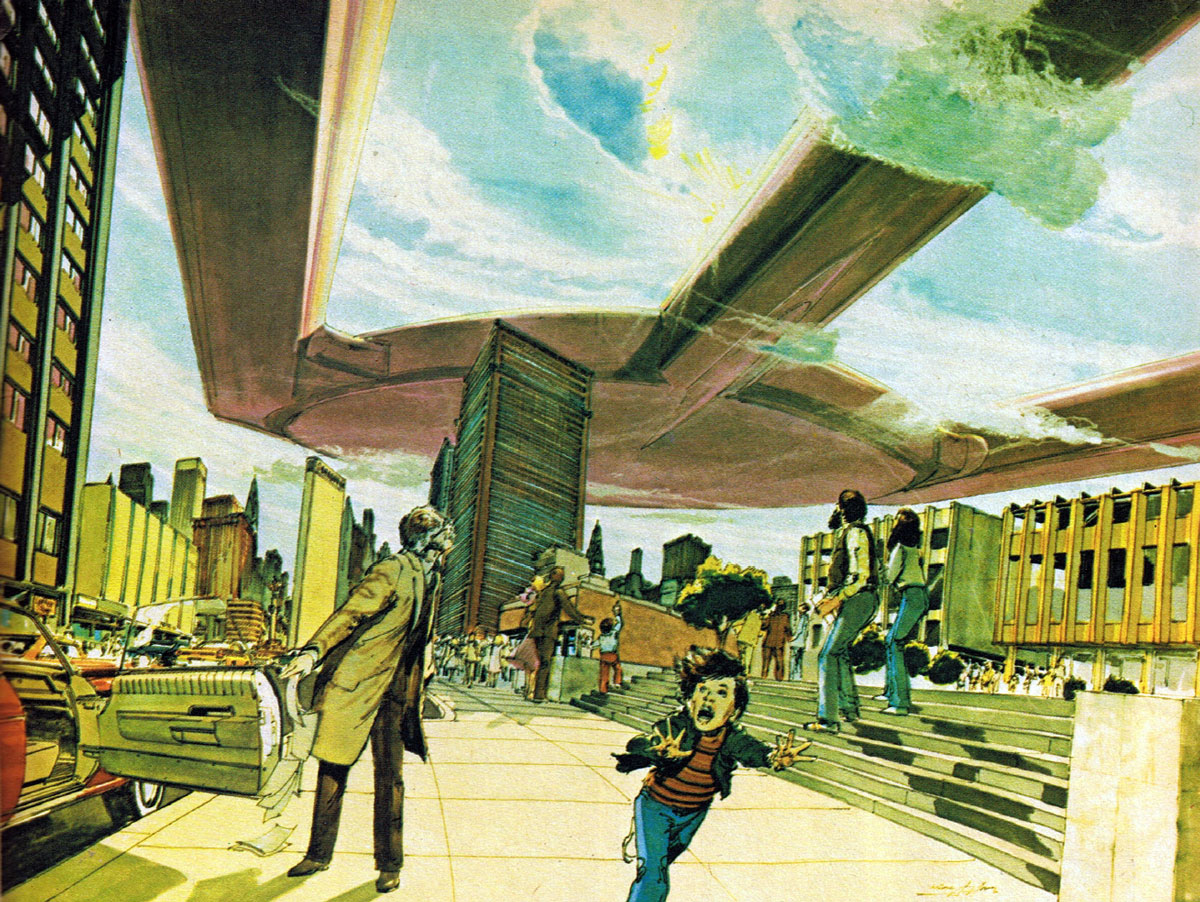 A NEW BEGINNING FOR “CHILDHOOD’S END”

Several attempts to adapt Arthur C. Clarke’s novel Childhood’s End into a film or miniseries have been made with varying levels of success. Philip DeGuere developed a script in the late 1970s for Universal and in this interview he gives some details regarding the pre-production of the project.