10 reasons why Joe Arpaio was pardoned by Donald Trump

On August 25, 2017, President Donald Trump pardoned Joe Arpaio for criminal contempt of court, a misdemeanor. Arpaio had been convicted of the crime two months earlier for disobeying a federal judge's order to stop racial profiling in detaining "individuals suspected of being in the U.S. illegally".

On August 25, 2017, President Donald Trump pardoned Joe Arpaio for criminal contempt of court, a misdemeanor. Arpaio had been convicted of the crime two months earlier for disobeying a federal judge’s order to stop racial profiling in detaining “individuals suspected of being in the U.S. illegally”. The pardon covered Arpaio’s conviction and “any other offenses under Chapter 21 of Title 18, United States Code that might arise, or be charged, in connection with Melendres v. Arpaio.” The official White House statement announcing the grant of clemency described Arpaio as a “worthy candidate” having served the nation for more than fifty years “protecting the public from the scourges of crime and illegal immigration.”

1. He was held in contempt of court for openly defying a judge who ordered him to stop illegally arresting minorities just because of their race.

2. He ran his jail like a “concentration camp” (his words) with shockingly inhumane conditions (despite the fact that most of its inmates had not been found guilty of any crimes), including forcing them to stay in tents hot enough to melt their shoes, offering only 2 meager meals a day of rotten food, only providing boiling hot showers, rampant physical abuse by guards that resulted in numerous deaths, withholding soap and toilet papers, failing to provide working sinks and toilets, and too many other inhumane conditions to list here.

3. A paraplegic had his neck broken by guards and a pregnant woman lost her baby in his jail after officers left her in her cell instead of taking her to the hospital.

4. He used his police force to punish anyone who criticized him, including other police departments, judges, journalists, and even people who had voted to reduce his budget, by conducting illegal raids, falsely indicting and arresting people on bogus charges, filing frivolous and defamatory lawsuits against them, and improperly investigating them and their families.

5. He utterly neglected hundreds of extremely serious crimes, including hundreds of cases of rape and child abuse, in order to redirect resources to arresting anyone who didn’t look white, in the name of cracking down on illegal immigration.

6. He set up a fake assassination attempt against himself to gain political advantage and media attention in order to win reelection, by having his officers set up and entrap someone using bomb parts he had purchased with his own money.

7. His department has repeatedly tampered with witnesses and destroyed evidence of their own wrongdoing.

8. He has cost his taxpayers nearly $100 million in settlements directly relating to his own misconduct.

9. He also pretended to have evidence that Obama’s birth certificate was fake but of course could never actually produce it.

10. Arpaio has announced his intention to seek the Republican nomination for the U.S. Senate in 2018 to help “Make America Great Again” 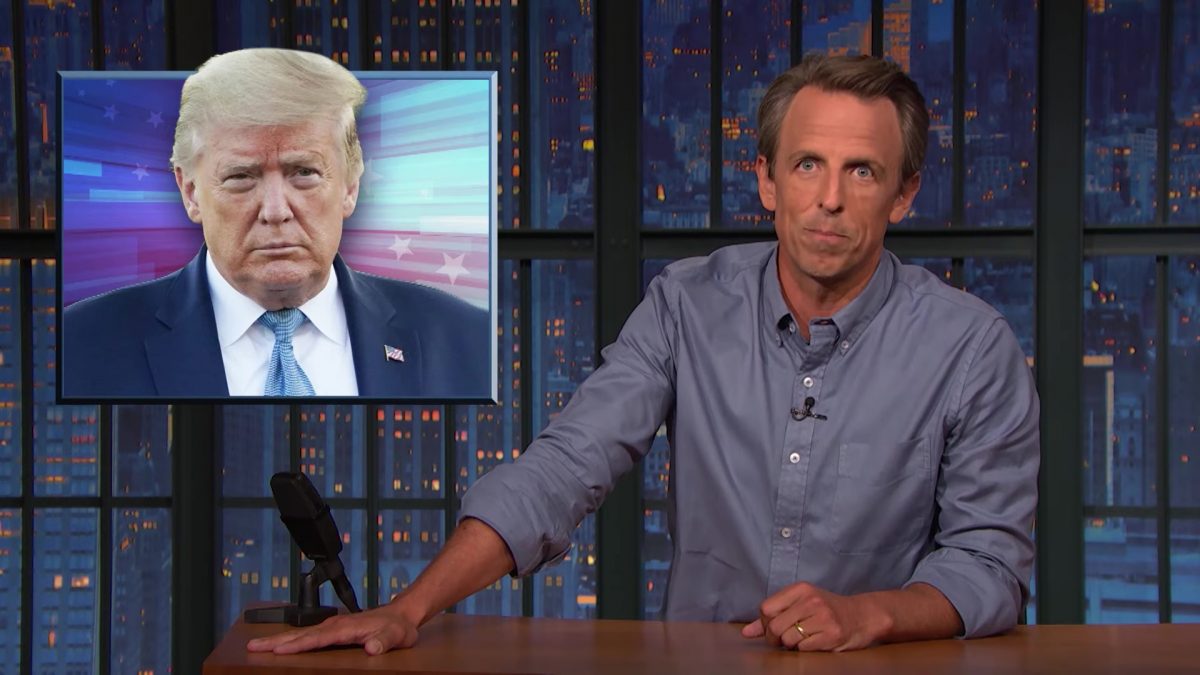 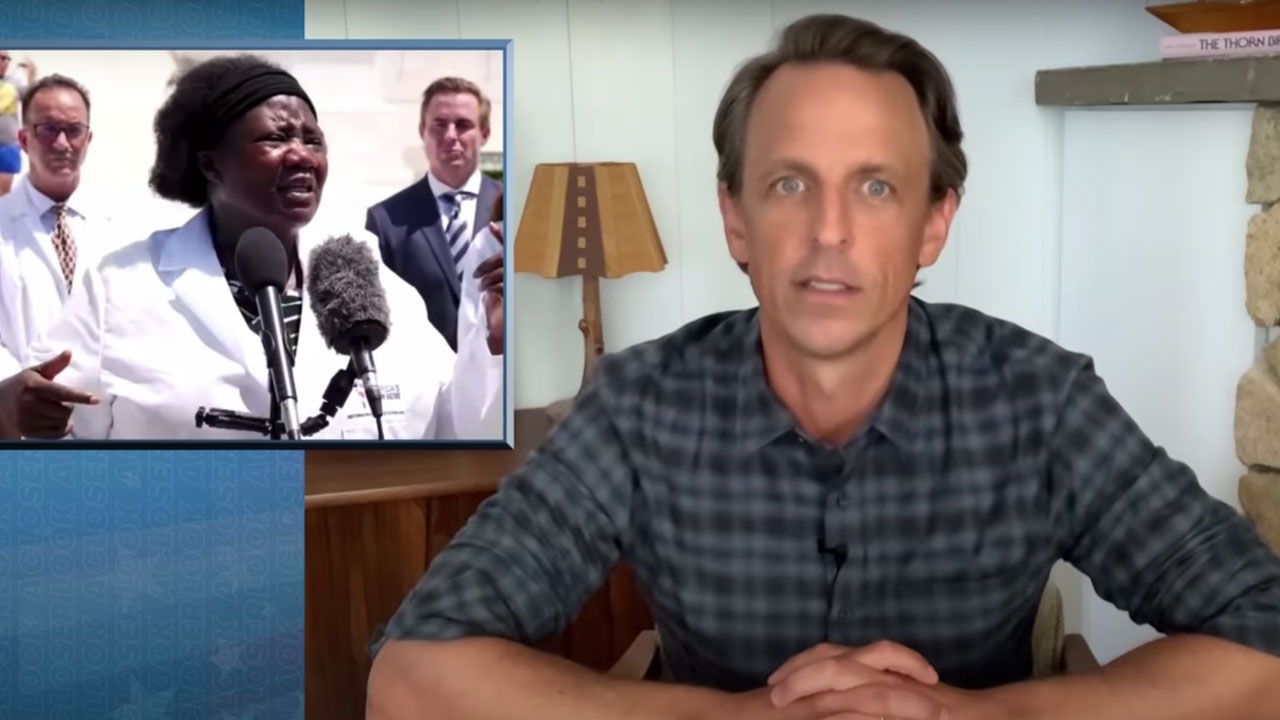 Seth Meyers takes a closer look at President Trump’s terrifying interview with Chris Wallace in which he made clear that he does not care about the pandemic, as he sends secret police to American cities to snatch protestors off the street. 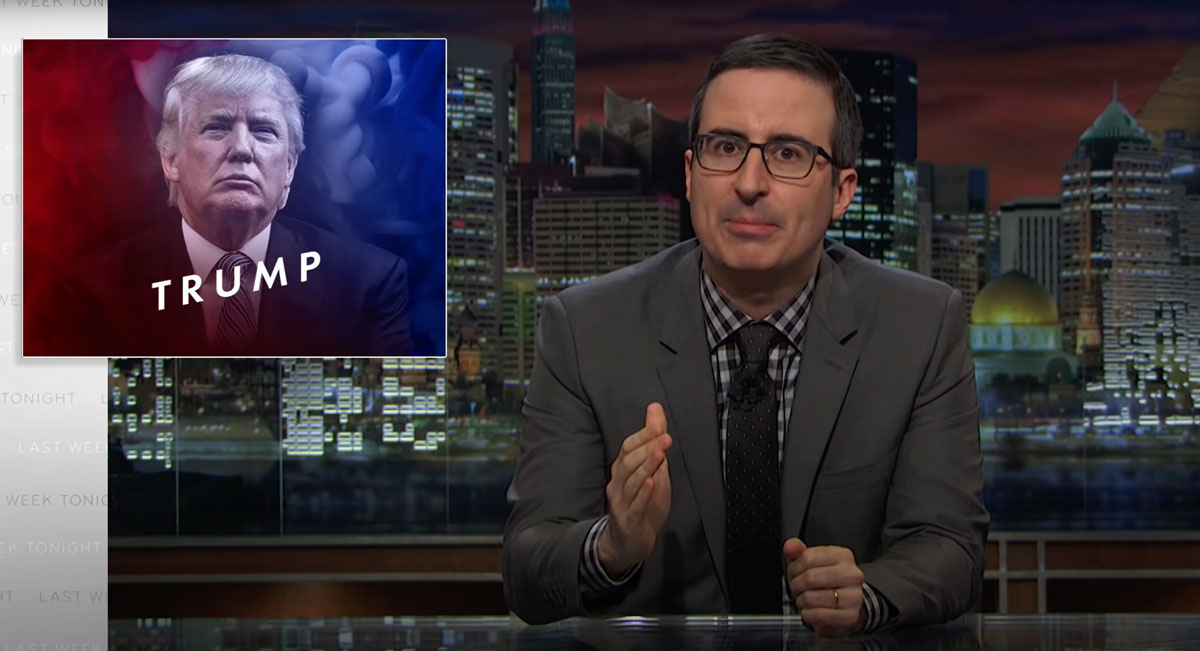 Oliver discusses Trump’s 2016 presidential campaign and his career in business, outlining his campaign rhetoric, varying political positions and failed business ventures. He also says the Trump family name was changed at one point from the ancestral name “Drumpf”.