Heartfelt and sincere, Ordinary People plods along glumly and finally achieves a moderate degree of emotional truth and power, but it’s far from an imaginative movie. 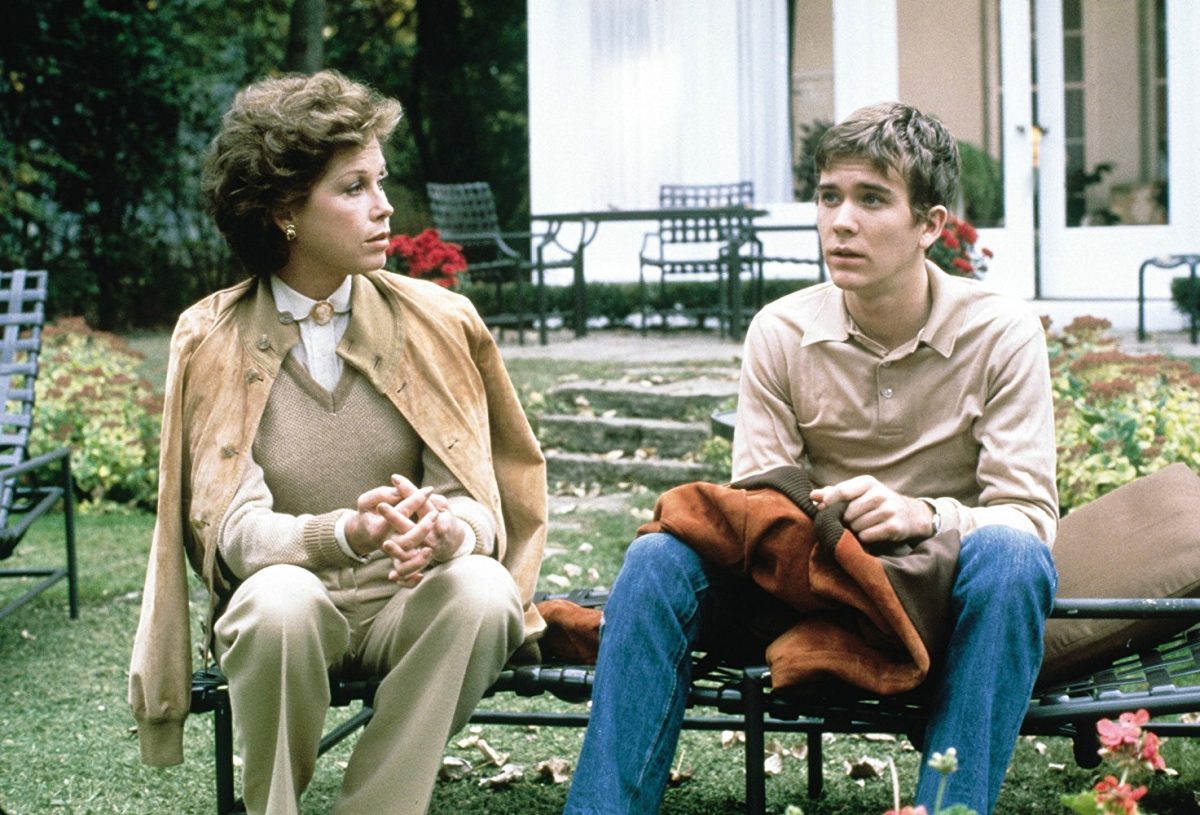 Upper-class american protestants are apparently the only people on earth who cannot eat and talk at the same time. At least that’s what I’ve learned at such recent movies as The Heartbreak Kid, Annie Hall, Interiors, and the new Ordinary People, all of which have featured a scene in which the Wasps sit down to dinner only to discover that they cannot have a conversation. The Ghastly Wasp Eating Scene is an atonal chamber symphony of missed connections and non sequiturs, trailing off into a terrible silence. Of course, the hapless conversations are meant to be symptomatic of a greater malaise—the atrophy of heart and soul. Our popular culture is fixated on the notion that Wasps can’t laugh or feel.

Ordinary People, the first film directed by Robert Redford, is the most explicit version of this dubious thesis ever put on film. It is also a very solemn piece of work. Indeed, if earnestness were the same thing as art, Redford’s movie would be a masterpiece. Heartfelt and sincere, Ordinary People plods along glumly and finally achieves a moderate degree of emotional truth and power, but it’s far from an imaginative movie. Alvin Sargent’s adaptation of Judith Guest’s 1976 best-seller tells us all about the emotional life of the Jarretts, a prosperous family in suburban Lake Forest (outside Chicago) that has suffered the death by drowning of the older son, Buck, a star athlete, the apple of everyone’s eye. The younger son, Conrad (Timothy Hutton), having survived the accident, has gone into a suicidal depression. Pale, skinny, and awkward, Conrad walks around the sumptuous Jarrett lawns and rooms fighting off terrible guilt and bad dreams, yearning to make contact with someone. His dad, Calvin (Donald Sutherland), would like to help, but he’s baffled and a little dense. A tax lawyer who commutes to Chicago in pinstripes, he is a square good guy, but his wife, Beth (Mary Tyler Moore), is the ultimate Wasp movie bitch—the mother as snow queen and destroyer. Inhumanly cheerful, yet tight as a drum, she seems to have been raised at a suburban golf club. Having adored the son who drowned, Beth has no love left for the son who lives; she fences him off with smiles while raging silently against him.

As Conrad struggles to pull himself together, his parents’ marriage begins to unravel. The movie is a step-by-step chronicle of a family in crisis, but more than that, it is an unrelenting, sorrowful attack on a way of life that allegedly discourages honesty and spontaneity of feeling. We are supposed to look at the Jarretts and think, What a boring, awful life these people lead! Despair and loneliness on autumn lawns, endless golf, dull parties, mirthless jokes, a perfect suburban house without an unconventional touch anywhere. And poor Calvin and Beth—so polite and distant with each other, so melancholy and repressed! They are Poor Little Rich Grown-ups—heartbreaking.

Thus the Jarretts and their life. And the movie will work for you if you believe they really exist. But I cannot. I cannot believe that anybody could be as limited or as restrained or as ignorant of themselves as they are (compare them, for instance, with the quirky Wasp suburbanites in John Cheever’s stories). Sargent and Redford have drained most of the life out of the Jarretts and then said to us, “See how lifeless they are.” The Jarretts are a pop-culture myth that people envious of Wasps, or guilty about being Wasps, want to believe in.

The complement to the dried-up Wasp is the feeling Jew—in this case, Dr. Berger (Judd Hirsch), a psychiatrist who works unshaven in his rumpled and dirty cardigan out of an office in Highland Park that is as dark as a magician’s cave or a medicine man’s tepee. In this myth, only the Jew, empowered by his presumed familiarity with suffering and his dark, sorcerer’s art—psychiatry—can restore the Wasps to their humanity by making them confront their pain. Dr. Berger’s therapeutic sessions with Conrad (and later with Calvin) are the emotional and ideological center of the film. “Never mind how it looks! How does it feel?” shouts Dr. Berger.

Ordinary People isn’t my kind of movie, though I respect and appreciate the amount of sincerity and craft that has gone into it. Alvin Sargent’s screenplay is overexplicit and pat, and it features such high-toned “symbolic” clichés as Beth’s breaking a dish (her broken, unmendable life), but Sargent is very scrupulous, and his somber, persistent probing of the characters’ emotional lives holds our attention. Because Ordinary People is so absorbing, people may mistake its very real sympathy and tact for genuine drama. They shouldn’t. If Eugene O’Neill, for instance, had written the movie, Conrad would probably have desired his brother’s death, in which case his anguish after the accident would have sprung from an unappeasable source. But this Conrad is a sweetheart, unblemished by a single evil or selfish impulse. He loved his brother, and his guilt is purely neurotic. I’m not saying that neurotic problems are negligible, only that Conrad’s struggle to get well—heartwarming as it is—isn’t a very exciting theme.

The movie’s therapeutic approach mediates and dampens the conflicts, rather than letting them build and explode. So much restraint is especially ironic in a movie calling for free play of the emotions. Ordinary People is Robert Redford’s Interiors. At the beginning of the movie, a montage of melancholy autumn landscapes and Marvin Hamlisch’s wistful, high-schlock piano music set the tone of classy solemnity, and Redford never lets up: Scene after scene is carefully controlled to show how much feeling the characters are repressing, and after a while
you may want to scream from all the repressed filmmaking. Putting it crudely, I don’t think a first-time director should make such a display of his own sensitivity. What Redford reveals of the Jarretts just isn’t surprising or complex enough to justify all this gravity.

Nineteen-year-old Timothy Hutton twitches and jumps with the anxiety Conrad is feeling, and his yearning eyes serve as our guideposts throughout the movie. This is a fully felt performance, completely successful. Donald Sutherland, struggling against his oddly devilish features—arched eyebrows, pointy teeth, tiny mouth—composes his face into an ordinary man’s mask and acts with professional skill and dignity. And Mary Tyler Moore, holding herself taut with the effort of acting, tries her damnedest to turn her TV character, Mary Richards, inside out, so we can see the panic and desperation under the cheerfulness.

Moore is effectively piteous, but I think the screenplay treats her character unfairly. With the help of Dr. Berger, Conrad and Calvin Jarrett learn to confront their pain, while Beth continues to deny hers—she won’t see Berger. Yet the two men and the woman are perceived in fundamentally different ways. The men’s behavior—denial, then acceptance—is pictured as psychologically plausible, the woman’s as a grievous moral failing. Since most people react to pain by denying it, one wonders why Beth was not treated with greater sympathy. She is a villainess out of a morality play, right up there with such unloving mothers as Joanne Woodward in Summer Wishes, Winter Dreams and Geraldine Page in Interiors. Of course, if your ideology insists that everyone must confront his demons, a woman who refuses to do so isn’t merely a person in deep trouble—she’s a monster. In the end, the moviemaker’s attitudes aren’t nearly as charitable as they seem at first.