Dr. Michael Greger Explains How We Are Controlled by the Food Industry

The industry has found a way to, kind of, subvert your natural biological drive.

We have this desperate need for salt, sugar, fat and so, those are natural biological drives. It’s a matter that the industry has taken those same drives, turned it against us “Oh, you like sweet? How about some soda pop? Oh, you like salty? How about some chips? Oh, you like, you know, fatty? Well, you know… That’s why we’ve evolved this insatiable taste for sweet, right? And for fatty.

Number one cause of death, bumping tobacco smoking to number two; now cigarettes only kill half a million Americans every year, whereas our diet kills hundreds of thousands more. So when you think about you know, physical inactivity, not getting enough exercise, smoking all that ranks below diet. Processed foods Contribute to at least 14 million deaths every year So those of us involved in this evidence based nutrition revolution, we’re talking about 14 million lives in the balance, every year.

Across the Atlantic, Americans, more obese than ever; on their way to death; more information than ever, more money than ever…Why aren’t people listening?

They’re just confused. They don’t know and the industry wants it that way. This is a standard tobacco industry tactic: muddy the water, misinformation, right? Such said, you know, so one day coffee’s good for you, one day coffee’s bad for you. You know, Time magazine put “Butter is back” on the cover. It shows you how desperate they are for dwindling print sales, right? Sells a lot copies, but sells the public short, right? And so people love hearing good news about bad habits, right? If someone comes out with a diet book saying you know broccoli is really good for you, how many books is that going to sell, right? Someone comes out and says bacon and butter is really good for you. You got a bestseller on you! I mean, you know, and the media loves those kinds of stories and so, there’s just these conflicting–

The processed food industry is a trillion-dollar industry. You know, they just hope to confuse people so they’ll throw up their hands, eat whatever is put in front of them. And that’s good for business but not so good for people.

Is it a conspiracy by these industries? Or are they just looking in their best interest because they’re just trying to maximize profits?

That’s just the way the symptom works. The CEO of Coca Cola doesn’t say “How do I make kids fat today?” It’s like, no, it’s: “How do I make my shareholders happy in this quarter?” Short-term profits for shareholders. Even if that CEO said, you know, “I care about my kids; I’m not going to do this anymore” They’d be ticked out. I mean, that’s the whole purpose of a corporation: maximize you know, return for their shareholders. How do you do that? OK, well, you take something with cheap ingredients, right? It’s sugar water, in fact, sugar that’s subsidized by US tax payers in the States, right? So it’s artificially cheap sugar and it’s water. So it’s what? A few pennies to make and then you sell it for few bucks a bottle. That’s how you make money, right?

But something like produce, foods and vegetables, it’s perishable it goes bad, it rots on the shelf. If you’d bought a Twinkie, it can be on the shelf for a couple of weeks but, I mean, you can’t make money. It’s not a branded product, there’s no markup. So the healthiest foods, the system is just set up to reward companies selling people junk. And, unfortunately, even in a government level, we’re subsidizing the worst foods, we’re subsidizing sugar, subsidizing feed crops so we can have dollar-menu burgers whereas, why aren’t we subsidizing fruits and vegetables?

So that’ why we need to take control over our lives; over our families’ health and really, kind of, take it back. So the information is there, but unfortunately lost in this cloud of commercial influence.

This is how you can change your eating habits

You know, those fatty foods, those salty foods are working against us, but, of course, that’s what sells. But, the good news is… So, am I saying, what? Oh, so I’m going to eat healthy and nothing’s going to taste good? At first, that’s true, right? I mean, so the ripest peach in the world will taste sour after a bowl of Fruit Loops because your taste buds are just so overwhelmed, right? If you also go on low salt diet your doctor puts you on low salt diet, everything for the first week tastes like cardboard. But, what you show, I mean, you can do these metabolic awards phase-lock people in a room actually, you know, very tightly control what people eat so you have people salt soup to their liking and you measure how much salt they put in and then you put them on low salt diet and a few weeks later they actually prefer less salt. So you’re giving them the soup that originally tasted the best “Oh, it’s too salty.” They don’t like it. And so, your taste buds naturally evolve. In fact, with sugar can happen in 5 days. You cut out these super sweet foods… within 5 days also natural whole healthy foods taste good.

I mean, people see me eat a sweet potato, backed sweet potato with a little cinnamon sprinkled on top and they’re like “I could never live that kind of aesthetic life.” But they don’t really know that it actually tastes good to me and in 5 days of not eating candy bars what actually tastes good to them I actually enjoy. So you get the best of both worlds. Wait a second… It tastes good and you get to live longer? Right? But you got to give it a chance! To take back your taste buds from the industry that’s trying to kind of super saturate them.

That’s why I encourage people to, you know, give it a try. Right? Try it as like a free sample. Anyone can eat anything for a few weeks, right? In fact, you could eat nothing for a few weeks. I mean, so look, it’s just the thought of “Wait a second, I can’t eat pepperoni pizza for the rest of my life?” That’s just mind-blowing. People can’t even consider that. And, of course, that not what I’m saying, but no no no, give me 3 weeks. Right? So 3 weeks let’s eat healthy and I’ll give you all these tips. Your taste buds are changing, the food tastes better and you’re feeling better. And so, all of a sudden, your sleep is better and people are like “How are you doing? Oh, I’m fine, I’m young, healthy and have no symptoms. They thought they didn’t have symptoms. They’re like “Oh, my chronic indigestion went away. Like I thought that that was normal to always feel bloated and gross after a meal. But no, now, you know, my bowels regulate, my periods are less painful. I mean, just like, they just feel so much better. So the they have this internal motivation. No longer is it like “Yeah, a few decades down the road you’re not going to have a stroke or something” but it’s this internal “I fell so much better.” But you don’t know until you give it a try. You don’t know how good you can feel until you give it a try. And then you have the internal motivation. “Look, I feel better, like, I don’t care” So, you know, and then, all the science in the world, you know, I know how my body feels and I feel better eating this way and yes, it’s great what science shows, it’s kind of reduced my risk of all this other stuff. But, again, you don’t know until you give it a try. So that’s what I encourage my patients to do. 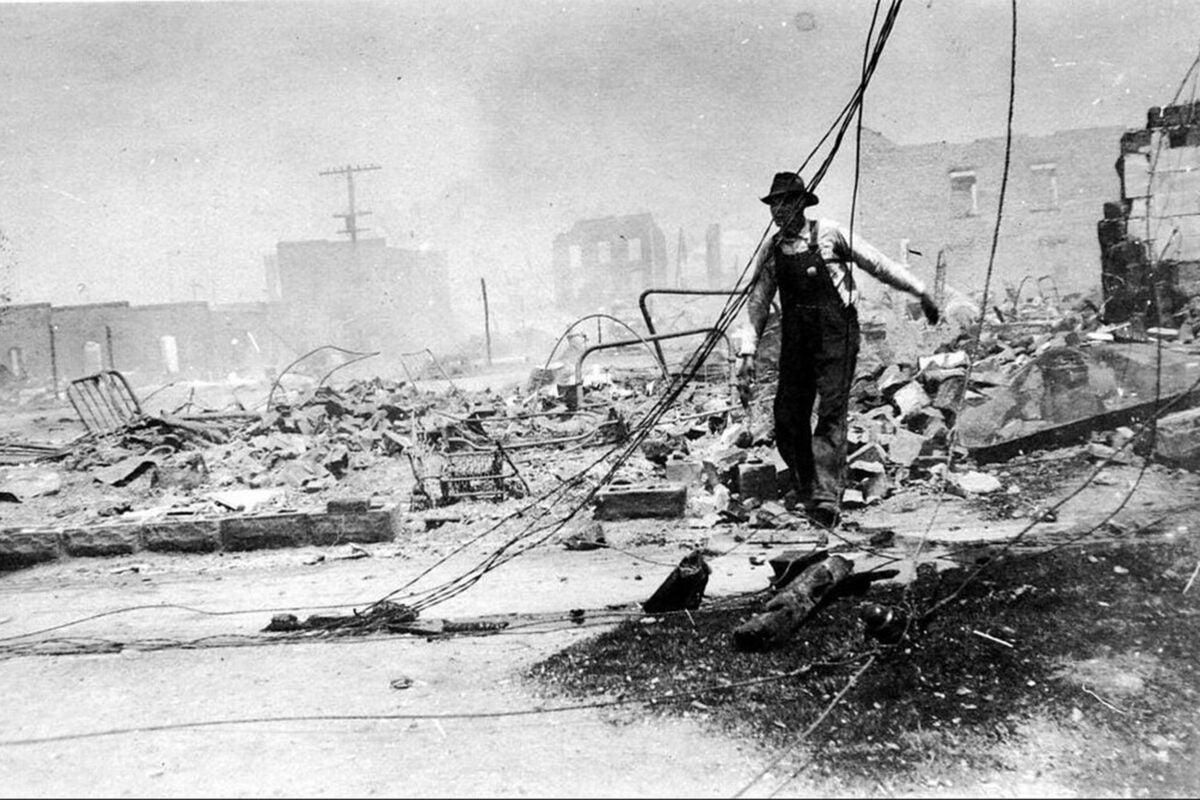 An in-depth, sobering look at the tragic events of a century ago. Focusing on a specific period, from the birth of Black Wall Street to its catastrophic downfall over the course of two bloody days, and finally the fallout and reconstruction.

One of the greatest films ever made, “The Sorrow and The Pity” is a contribution to history, to social psychology, to anthropology, and to art. If there’s any justice in the world, Marcel Ophüls’ monumental labor will be studied and debated for years.