How It Feels to Be Colored Me 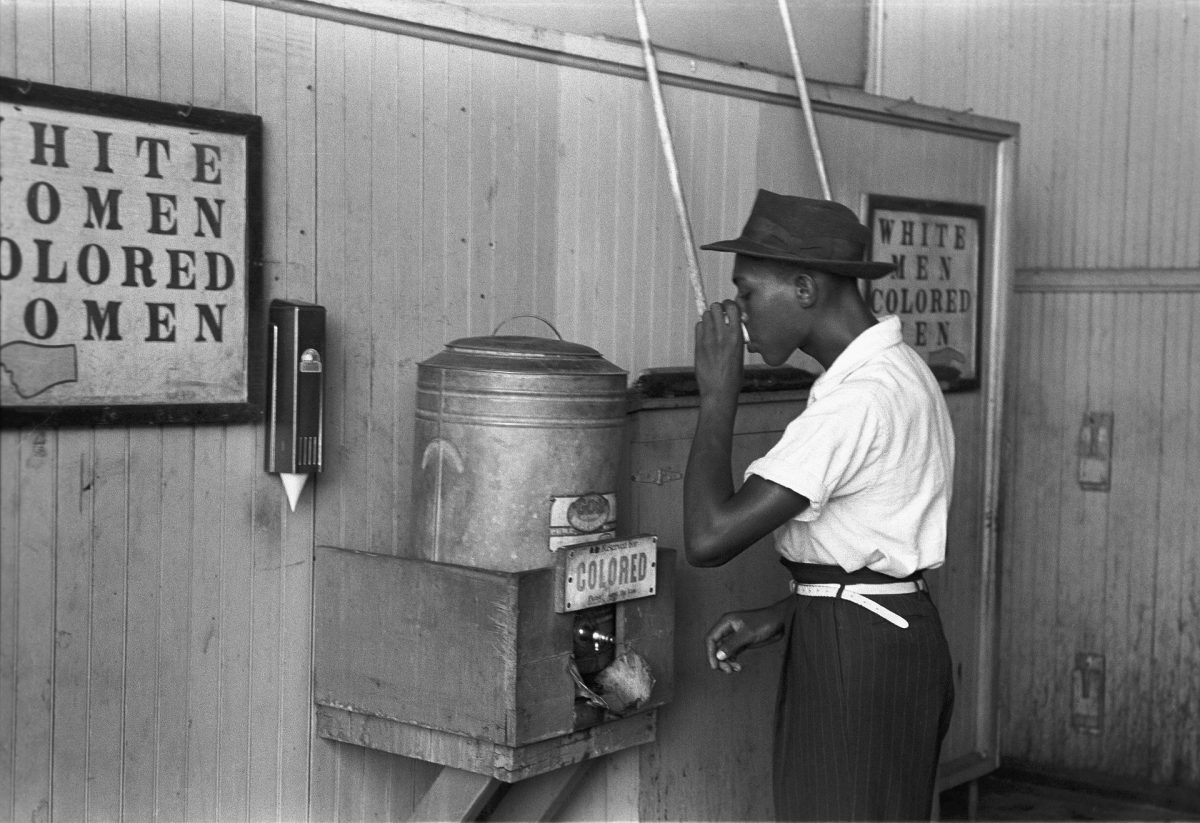 Born in 1891 in rural Alabama and raised in Florida, Zora Neale Hurston arrived in New York at the height of the Harlem Renaissance, a flowering of African American literature, art, music, and scholarship in the 1920s and 1930s, and became an active participant, writing stories and coauthoring a play with Langston Hughes. Her interest in the folk culture of the South, influenced by her studies with noted anthropologist Franz Boas, led to her return to Florida to study her native community and, eventually, to the work for which she is best known, the novel Their Eyes Were Watching God (1937). When reading “How It Feels to Be Colored Me,” it is interesting to think about Hurston’s statements about race and identity—such as her image of people of different races as different-colored bags stuffed with similar contents—in the context of this anthropological training.

I am colored but I offer nothing in the way of extenuating circumstances except the fact that I am the only Negro in the United States whose grandfather on the mother’s side was not an Indian chief.

I remember the very day that I became colored. Up to my thirteenth year I lived in the little Negro town of Eatonville, Florida. It is exclusively a colored town. The only white people I knew passed through the town going to or coming from Orlando. The native whites rode dusty horses, the Northern tourists chugged down the sandy village road in automobiles. The town knew the Southerners and never stopped cane chewing when they passed. But the Northerners were something else again. They were peered at cautiously from behind curtains by the timid. The more venturesome would come out on the porch to watch them go past and got just as much pleasure out of the tourists as the tourists got out of the village.

The front porch might seem a daring place for the rest of the town, but it was a gallery seat for me. My favorite place was atop the gate-post. Proscenium box for a born first-nighter. Not only did I enjoy the show, but I didn’t mind the actors knowing that I liked it. I usually spoke to them in passing. I’d wave at them and when they returned my salute, I would say something like this: “Howdy-do-well-I-thank-you-where-you-goin’?’’ Usually automobile or the horse paused at this, and after a queer exchange of compliments, I would probably “go a piece of the way’’ with them, as we say in farthest Florida. If one of my family happened to come to the front in time to see me, of course negotiations would be rudely broken off. But even so, it is clear that I was the first “welcome-to-our-state” Floridian, and I hope the Miami Chamber of Commerce will please take notice.

During this period, white people differed from colored to me only in that they rode through town and never lived there. They liked to hear me “speak pieces” and sing and wanted to see me dance the parse-me-la, and gave me generously of their small silver for doing these things, which seemed strange to me for I wanted to do them so much that I needed bribing to stop. Only they didn’t know it. The colored people gave no dimes. They deplored any joyful tendencies in me, but I was their Zora nevertheless. I belonged to them, to the nearby hotels, to the count—everybody’s Zora.

But changes came in the family when I was thirteen, and I was sent to school in Jacksonville. I left Eatonville, the town of the oleanders, as Zora. When I disembarked from the river-boat at Jacksonville, she was no more. It seemed that I had suffered a sea change. I was not Zora of Orange County any more, I was now a little colored girl. I found it out in certain ways. In my heart as well as in the mirror, I became a fast brown—warranted not to rub nor run.

But I am not tragically colored. There is no great sorrow dammed up in my soul, nor lurking behind my eyes. I do not mind at all. I do not belong to the sobbing school of Negrohood who hold that nature somehow has given them a lowdown dirty deal and whose feelings are all hurt about it. Even in the helter-skelter skirmish that is my life, I have seen that the world is to the strong regardless of a little pigmentation more or less. No, I do not weep at the world—I am too busy sharpening my oyster knife.

Someone is always at my elbow reminding me that I am the granddaughter of slaves. It fails to register depression with me. Slavery is sixty years in the past. The operation was successful and the patient is doing well, thank you. The terrible struggle that made me an American out of a potential slave said “On the line!” The Reconstruction said “Get set!”; and the generation before said “Go!” I am off to a flying start and I must not halt in the stretch to look behind and weep. Slavery is the price I paid for civilization, and the choice was not with me. It is a bully adventure and worth all that I have paid through my ancestors for it. No one on earth ever had a greater chance for glory. The world to be won and nothing to be lost. It is thrilling to think—to know that for any act of mine, I shall get twice as much praise or twice as much blame. It is quite exciting to hold the center of the national stage, with the spectators not knowing whether to laugh or to weep.

The position of my white neighbor is much more difficult. No brown specter pulls up a chair beside me when I sit down to eat. No dark ghost thrusts its leg against mine in bed. The game of keeping what one has is never so exciting as the game of getting.

I do not always feel colored. Even now I often achieve the unconscious Zora of Eatonville before the Hegira.1 I feel most colored when I am thrown against a sharp white background.

For instance at Barnard. “Beside the waters of the Hudson” I feel my race. Among the thousand white persons, I am a dark rock surged upon, and overswept, but through it all, I remain myself. When covered by the waters, I am; and the ebb but reveals me again.

Sometimes it is the other way around. A white person is set down in our midst, but the contrast is just as sharp for me. For instance, when I sit in the drafty basement that is The New World Cabaret with a white person, my color comes. We enter chatting about any little nothing that we have in common and are seated by the jazz waiters. In the abrupt way that jazz orchestras have, this one plunges into a number. It loses no time in circumlocutions, but gets right down to business. It constricts the thorax and splits the heart with its tempo and narcotic harmonies. This orchestra grows rambunctious, rears on its hind legs and attacks the tonal veil with primitive fury, rending it, clawing it until it breaks through to the jungle beyond. I follow those heathen—follow them exultingly. I dance wildly inside myself; I yell within, I whoop; I shake my assegai2 above my head, I hurl it true to the mark yeeeeooww! I am in the jungle and living in the jungle way. My face is painted red and yellow and my body is painted blue. My pulse is throbbing like a war drum. I want to slaughter something—give pain, give death to what, I do not know. But the piece ends. The men of the orchestra wipe their lips and rest their fingers. I creep back slowly to the veneer we call civilization with the last tone and find the white friend sitting motionless in his seat, smoking calmly.

“Good music they have here,” he remarks, drumming the table with his fingertips.

Music. The great blobs of purple and red emotion have not touched him. He has only heard what I felt. He is far away and I see him but dimly across the ocean and the continent that have fallen between us. He is so pale with his whiteness then and I am so colored.

At certain times I have no race, I am me. When I set my hat at a certain angle and saunter down Seventh Avenue, Harlem City, feeling as snooty as the lions in front of the Forty-Second Street Library, for instance. So far as my feelings are concerned, Peggy Hopkins Joyce on the Boule Mich with her gorgeous raiment, stately carriage, knees knocking together in a most aristocratic manner, has nothing on me. The cosmic Zora emerges. I belong to no race nor time. I am the eternal feminine with its string of beads.

I have no separate feeling about being an American citizen and colored. I am merely a fragment of the Great Soul that surges within the boundaries. My country, right or wrong.

Sometimes, I feel discriminated against, but it does not make me angry. It merely astonishes me. How can any deny themselves the pleasure of my company? It’s beyond me.

But in the main, I feel like a brown bag of miscellany propped against a wall. Against a wall in company with other bags, white, red and yellow. Pour out the contents, and there is discovered a jumble of small things priceless and worthless. A first-water diamond, an empty spool, bits of broken glass, lengths of string, a key to a door long since crumbled away, a rusty knife-blade, old shoes saved for a road that never was and never will be, a nail bent under the weight of things too heavy for any nail, a dried flower or two still a little fragrant. In your hand is the brown bag. On the ground before you is the jumble it held—so much like the jumble in the bags, could they be emptied, that all might be dumped in a single heap and the bags refilled without altering the content of any greatly. A bit of colored glass more or less would not matter. Perhaps that is how the Great Stuffer of Bags filled them in the first place—who knows?

1. Hegira: A flight to escape danger.

Source: Zora Neale Hurston. “How It Feels to Be Colored Me.” First published in World Tomorrow XI, May 1928. Reprinted in I Love Myself When I Am Laughing . . . & Then Again When I Am Looking Mean and Impressive: A Zora Neale Hurston Reader, edited by Alice Walker, 1979.