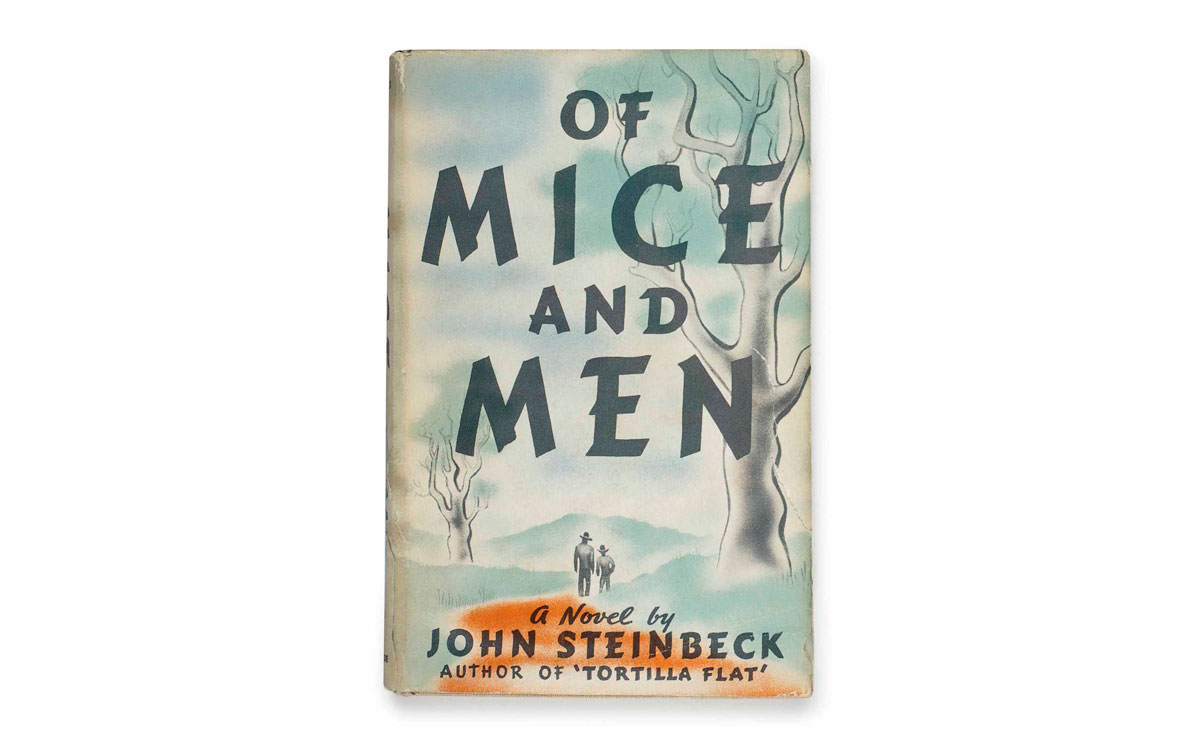 OF MICE AND MEN

Of Mice and Men is the story of two men, big and simpleminded Lennie and small and cunning George, who drift from one ranchhand job to another as they pursue their dream of owning their own place. Despite their mismatched intellectual capabilities, the two men are good friends who share the same dream, the simple desire to have their own farm where Lennie will be able to raise rabbits. As they travel from job to job, George becomes frustrated with Lennie’s limitations and often loses patience, but he does not desert the childlike giant. George knows that Lennie will inadvertently become involved in a situation from which he will be unable to extricate himself, so vigilance is necessary.

Although the two men are thrilled to be given a ranch job, George must, as usual, cover for Lennie and make him appear to be more capable and intelligent that he really is. The boss’s son Curley bullies the childlike Lennie, who finds himself drawn to the bully’s lovely young wife. Curley’s wife, however, does not treat Lennie fairly and she teases him playfully, unaware of how seriously he perceives her actions. He sees her as being similar to the soft and cuddly puppy that he once had, and he wants only to stroke her soft hair as he had stroked the puppy’s soft fur. When Lennie approaches Curley’s wife to stroke her hair, she becomes frightened and struggles and starts to scream. He places his hand on her mouth to quiet her, but he is not capable of judging his strength and breaks her neck. When George finds them, Lennie apologizes and cries that he has hurt her just like he had hurt the puppy. George is aware that the ranchhands led by Curley will not have pity for Lennie, so he tells Lennie to pack up so that they can leave. A short time later, as the two sit on a riverbank, George shoots Lennie to death to save him from the more terrifying tortures of a mob.

Of Mice and Men earned the dubious prestige of being the second most frequently banned book in the public school curriculum of the 1990s, second only to the reading anthology IMPRESSIONS, and challenges were frequent in earlier decades and continue today. Censors claim that the novella contains crude heroes who speak vulgar language and whose experiences exhibit a sadly deficient social system in the United States.

The novella was placed on the banned list in Ireland in 1953 because of “obscenities” and “vulgar” language. It was banned for similar reasons in Syracuse, Indiana, in 1974; Oil City, Pennsylvania, in 1977; Grand Blanc, Michigan, in 1979; and Continental, Ohio, in 1980. In 1977, in Greenville, North Carolina, the Fourth Province of the Knights of the Ku Klux Klan challenged the use of the book in the local school district, for containing “profanities and using God’s name in vain.” The same reason was given by parents who challenged the book in Vernon-Verona-Sherill (New York) School District in 1980 and in school districts in St. David, Arizona, in 1981 and Tell City, Indiana, in 1982. The school board of Scottsboro, Alabama, banned the novella from Skyline High School in 1983 because of “profanity,” and the chair of the Knoxville, Tennessee, school board vowed to remove all “filthy books” from the local school system, beginning with Of Mice and Men because of “its vulgar language.”

The novella was challenged as “vulgar” and “offensive” by parents in the Christian County, Kentucky, school district in 1987, but it was later reinstated in the school libraries and English classes. “Profanity” was also the reason for the 1988 challenges in Marion County, West Virginia, schools; Wheaton-Warrenville (Illinois) Middle School; and Berrien Springs (Michigan) High School. In 1989, the school board ordered the novella removed from Northside High School in Tuscaloosa, Alabama, because of “profanity,” and it was challenged as a reading assignment at a summer youth program in Chattanooga, Tennessee, because “Steinbeck is known to have had an anti-business attitude.” That same year, the novella was also removed from all reading lists and all copies were stored away in White Chapel High School in Pine Bluff, Arkansas, because parents objected to the language. “Offensive language” was the reason that parents in the Shelby County, Tennessee, school system challenged the appropriateness of including the novella on the high school reading list.

The 1990s brought an increase in the number of challenges to Of Mice and Men. In 1990, a parent in Salinas, Kansas, challenged the use of the book in a 10th-grade English class because it contained “profanity” and “takes the Lord’s name in vain.” The school board review committee considered the complaint and recommended that the work be retained as a required reading but cautioned that no excerpts from the book should be read aloud in the classroom. That same year, a parent in Riviera, Texas, complained that the novella contained profanities and requested that it be removed from the 11th-grade English classes. At an open school board meeting to consider the request, 50 teachers and administrators and 10 high school students appeared to support continued use of the book. The only person who spoke against the novella was the parent who raised the original challenge. After the parent went through two more levels of appeal, the school board voted to continue assigning the novella.

In 1991, a Fresno, California, parent demanded that the book be removed from the 10th-grade English college preparatory curriculum, citing “profanity” and “racial slurs.” The book was retained, and the child of the objecting parent was provided with an alternative reading assignment. In Iowa City, Iowa, a parent complained of the use of Of Mice and Men in the seventh-grade literature courses because of the profanity in the book, such as the word “Goddamn.” She claimed that her daughter was subjected to “psychological and emotional abuse” when the book was read aloud and expressed the hope that her daughter would “not talk like a migrant worker” when she completed school. The district review committee retained the book. “Profanity,” “excessive cursing,” and “sexual overtones” were behind challenges to reading of the novella in high schools in Suwanee, Florida; Jacksboro, Tennessee; Buckingham, Virginia; and Branford, Florida.

A large number of challenges arose in 1992. A coalition of community members and clergy in Mobile, Alabama, requested that local school officials form a special textbook screening committee to “weed out objectionable things.” Their first target was to be Of Mice and Men, which they claimed contained “profanity” and “morbid and depressing themes.” No formal complaint was lodged, so school officials rejected the request. Challenges in Waterloo, Iowa, and Duval County, Florida, were made because of “profanity,” “lurid passages about sex,” and “statements defamatory to minorities.” A parent in Modesto, California, challenged the novella on the basis of profanity for the use of the word n i g g e r, and the NAACP joined in demanding that the novella be removed from the reading list. “Profanity” prompted the challenge at Oak Hill High School in Alexandria, Louisiana, where it was retained.

One of the more detailed complaints emerged in 1992 in Hamilton, Ohio, where the book was temporarily removed from the high school reading list after a parent complained that it contained “vulgarity” and “racial slurs.” The parent, vice president of the Parents’ Coalition in Hamilton, stated that the novella contained 108 profanities and 12 racial slurs. The school board suggested the use of alternative reading assignments, which the coalition refused, and the novella was temporarily removed from the optional reading list. At the meeting of the board-appointed review committee, 150 parents, students, and teachers appeared and enthusiastically supported the book. One student submitted a petition bearing 333 signatures of people who favored retaining the book. A local minister who opposed the book told the board, “Anybody that’s got a child shouldn’t want them to read this book. It should be burned up, put in a fire.” The board of education voted unanimously to retain the book.

The novella was challenged in 1993 as an appropriate English curriculum assignment by parents of students at Mingus (Arizona) Union High School who were concerned about the “profane language, moral statement, treatment of the retarded, and the violent ending.” In 1994, the school superintendent of Putnam County, Tennessee, removed the novella from the classroom “due to the language in it, we just can’t have this kind of book being taught.” That same year, parents of students at Loganville (Georgia) High School called for a ban of the book because of “its vulgar language throughout.”

In spring 1997, after 13 years of teaching Of Mice and Men, eighth-grade teacher Dan Brooks, in Peru, Illinois, was told to stop teaching the book. The school had received three anonymous letters complaining that the language of the book was “inappropriate.” Although Peru school superintendent John Jacobson stated that he viewed the novella as a “quality piece of literature,” he supported the ban. The National Coalition Against Censorship (NCAC) stepped in to point out the lack of clear policies for responding to challenges, and the Peru, Illinois, school board lifted the ban while the board developed formal curriculum selection policies. In 1998, Brooks told NCAC that since the incident he has been observed more often and reprimanded frequently.

In 2002, the novella was challenged by parents in Grandville, Michigan, who wanted the book removed from high school classes as required reading, because it “is full of racism, profanity, and foul language.” School officials considered the complaint but decided to retain the novella as required reading. That same year, after parents in George County, Mississippi, complained to school officials about “profanity” in the novella, the school board voted to ban Of Mice and Men from the school system.

In Lucedale, Mississippi, in January 2003, the school board voted to ban the novella. School Library Journal reported that a grandparent complained Of Mice and Men contains excessive profanity and violence. The book was removed from all classrooms and libraries in the district.

Also in 2003, parents of a student attending Community High School in Normal, Illinois, challenged the use of the novella in the classroom because it contains “racial slurs, profanity, violence, and does not represent traditional values.” After a school district review committee considered the challenge and voted to retain the novella, the school district provided the student with the option of reading The Pearl, another Steinbeck work, as an alternative, but the family challenging the novella rejected the offer. The committee reconsidered, then recommended two other alternatives, The House on Mango Street and The Way to Rainy Mountain, which the family accepted.

2 thoughts on “Censorship In Literature: Of Mice And Men” 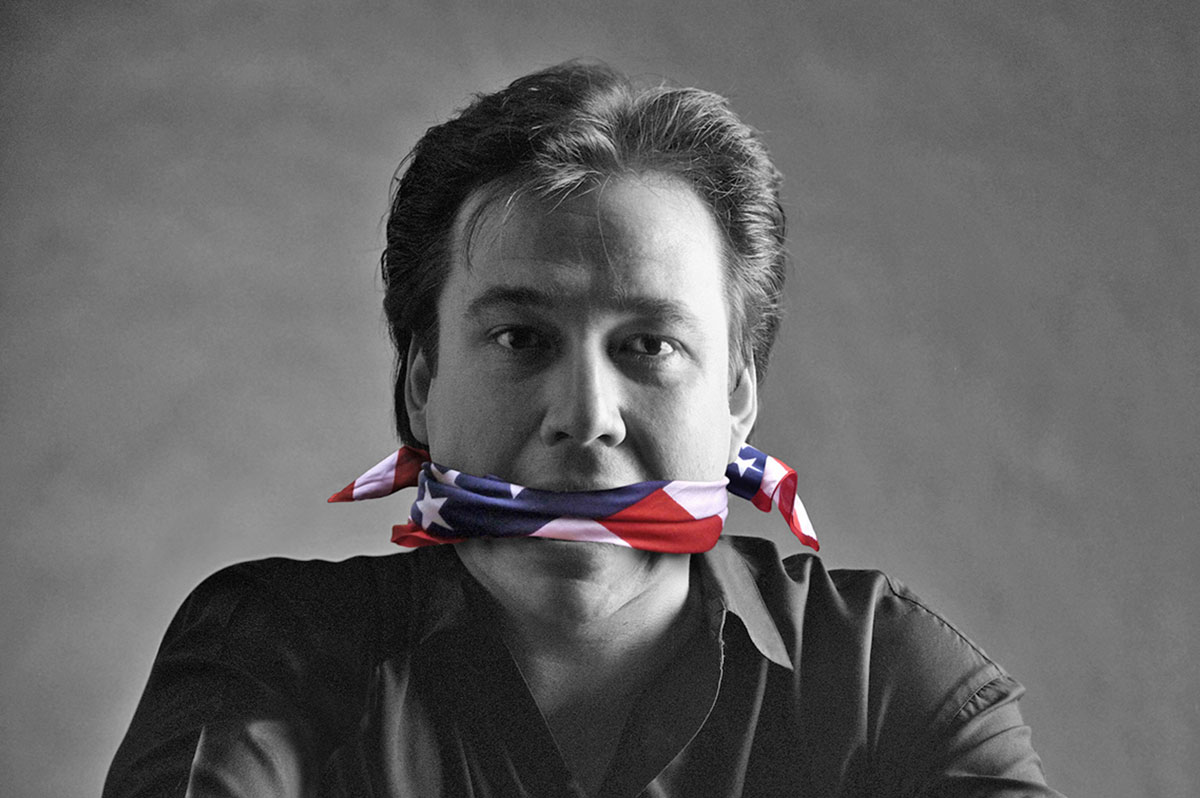