The Marino family tragedy raises more questions about Leanne. Uncle George's presence in the house creates a problem for the Turners. 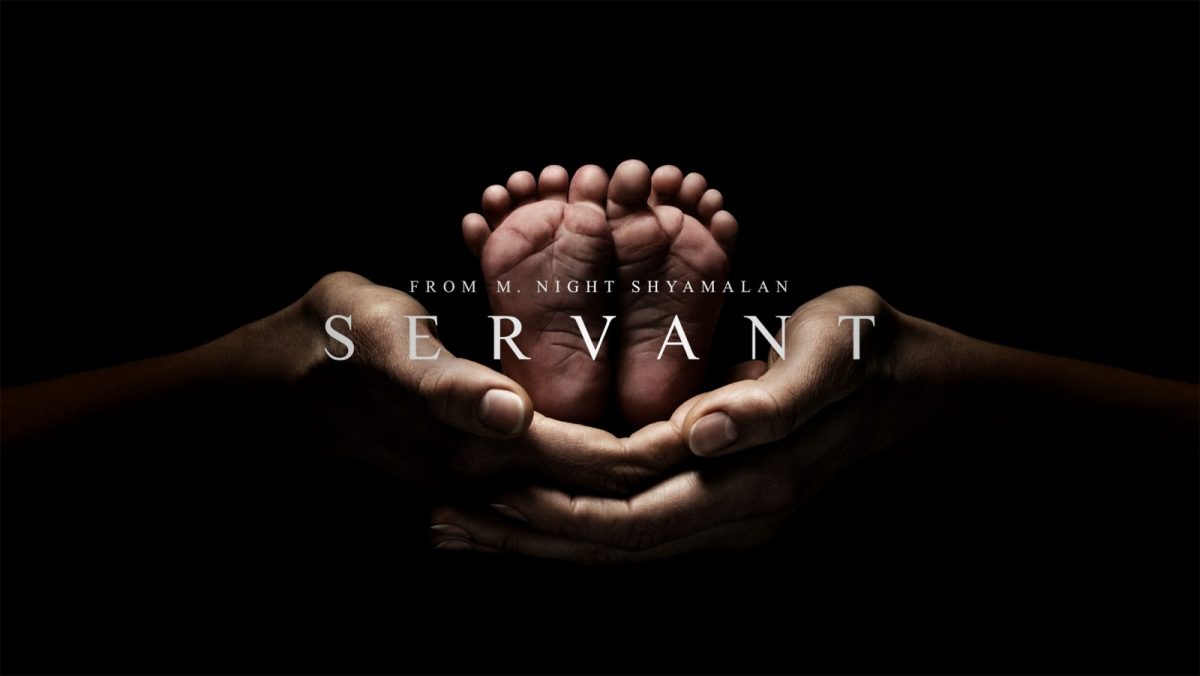 Upon hearing the news of the gunfire at the Marino house, Leanne tortures herself and George becomes unresponsive. Officer Reyes’ unannounced visit forces the Turners to hide George. It is reported that the bodies of the Marino couple have been found but that their son, Sergio, is missing. When Reyes insists on searching the house, she fails to find George but discovers in the attic a massive amount of straw crosses made by Leanne. Reyes reveals that she came to warn Sean of Dorothy’s deteriorating mental state which is similar to that of Mr. Marino, who had failed to cope with his wife’s sickness and had harmed his family. She also discloses that a note was found at the crime scene, written by Mr. Marino, indicating that Sergio’s body should be searched. After Reyes leaves, Leanne is shocked to find out that Sergio’s body was recently discovered having been shot by his father. She infers that she could have stopped the homicides if she had been there. Eventually, the Turners receive a mysterious wooden box addressed to George which is actually a decoy orchestrated by Dorothy. It contains a Betamax tape, a note saying ‘Reunite them by Christmas’ Eve’, a dagger, and some vials. Meanwhile, Leanne tears down the straw crosses in the attic and apparently rebels against God as the skylight in the attic shatters.

We’re told neighbors reported a round of gunshots at 1:00 in the morning, half an hour ago.

Authorities have yet to release information on the whereabouts or safety of the family inside.

More on this case as it develops. I’m Isabelle Carrick, 8 News.

Your disobedience has a cost.

How could she be involved in this?

What did you do to that family, George?

Did you hurt them?

Was it May? Is she behind this?

What have you done?

He’s gonna carve us up and turn us into a Turner flesh suit.

Leanne. Follow her and find out what she knows.

I wanna talk to you.

I need you to tell me what happened at the Marino place.

Leanne, I’m desperate. I need you to tell me something. Anything.

I should never have come here.

What do you mean? Why not?

You’re not gonna fix anything locked in the attic.

Will you come out here, please?

What did May do to them?

You really think they’re behind this?

He was obsessed with sending Leanne back to that house, and now a violent attack.

Maybe that was intended for her.

Well, I’m not getting my goddamn throat slit.

What is he in, a fucking coma?

He knows he’s guilty, that’s why he’s not answering us.

This means we have something they really need.

We have the upper hand now and that’s how we’ll get Jericho back.

We won’t let you intimidate us! Do you hear me?

Who are they, the Marinos?

And why were you supposed to be there? Explain that to me.

Someone reads the signs and tells us where we’re meant to go.

Everybody has their place and I disobeyed his will by coming here.

I broke the rules.

Well, what happens when you break the rules?

I reported on this cult.

I know more about them than anyone at the network, more than the police.

I need to prove they did this. Prove they’re still active.

Cults survive on discretion, and something like this means they’re panicking.

What are you looking for?

You can drop the act, brother. It’s just the two of us.

I know you can hear me.

Yeah, you know, I have a quick favor to ask.

I was wondering if you had any info on Isabelle’s story.

You’re the best, Eric. Thanks.

But get this, the youngest child is missing.

As tributes pour in following this tragic update, concern continues to grow over the fate of the missing ten-year-old boy, Sergio Marino.

Roadblocks are in place

and volunteers are knocking on doors in surrounding neighborhoods.

But with bad weather headed this way, the clock ticks.

Those people were murdered, and the kid is missing.

Snatching tots, killing families. What’s that mean for us?

We’re safe. We have leverage.

Well, they can’t have him.

What are you, nuts?

I have gotten us this far alone. We’re close.

We need George to broker the deal.

We cannot risk any outside interference right now.

Well, what good have Philly’s finest done for us this far?

Look, if we let them take George, we’d be right back where we started waiting for the phone to ring.

So what do we do?

Just get him out of here and I will talk to the police.

Mrs. Turner, is everything all right?

Is there some news about Jericho?

Do you mind if I come in?

Where the fuck are you going?

Shut up! There’s a fucking cop in the house.

Will you shut the fuck up? You’re breathing too loud. Shut up.

I was actually hoping to speak with your husband. Is he home?

Here he is now.

Fine. Thank you for asking.

I wondered if we might have a word in private.

Or… we can all have a word together.

I’m sure you heard about the family in West Chester.

Had you met the Marino family?

No, not that I can recall.

What about their nanny, Leanne?

I was hoping you could tell me.

I really love this game and the Gulag update and actually today we have a special guest.

Come on, Leanne. You have to say “Hi” to the viewers.

Don’t be scared. I only have nine viewers.

This is my babysitter, Leanne.

She’s actually pretty good at Call of Duty even though she’s never played video games before.

She got 13 kills her first round.

Okay, Sergio, can I go now?

I was gathering evidence.

I was waiting till I had something substantive.

Do you understand how illegal it was doing what you did? Spying.

You could have been arrested.

Well, I knew you wouldn’t believe me.

The last time you were here, you treated me like I was a mental patient.

I am telling you this cult has to be involved.

It’s why Leanne was there.

They took my son and now they’ve taken the Marino boy too.

If you had listened to me sooner, maybe we could have done something to stop this, but I am my son’s best help.

I understand your frustration, Dorothy.

Believe it or not, I’m just trying to help you.

I will believe that when you find Jericho before I do.

Is there somebody else here?

Why… aren’t you listening to me?

This is a lead on May Markham.

Listen to me, Dorothy. Mr. Marino was under a lot of stress.

What about the boy?

He left a detailed note.

We’re looking for a body.

No, that’s just what they want you to think.

They must have written that note themselves. It’s a trick.

No, Dorothy, there’s no cult involved.

Sometimes the mind sees what it wants to. We connect dots that.

I’m trying to help you understand.

So it’s all just a coincidence.

Just bad luck. Nothing to do with us.

So why don’t you go do your job and I will do mine.

You have to finish your dinner, Serg.

But I’m filming. I’m gonna be a celebrity!

Well, we told your mom that you will eat well tonight.

It’s too late. She’s already on her way.

You may get a visit from Aunt Josephine.

Dad, are you okay?

It’s just nice to see you happy, Serg. That’s all.

What was that? The wind?

You know, you think I can get a glass of water?

Dorothy, are you okay?

We gotta move him.

Migraines. I know them well.

Will you excuse me for a second.

I appreciate it. Long night.

Sure you don’t want something stronger?

Dorothy involved herself in a very dangerous situation here.

I’ve seen this kind of thing before.

People like Dorothy have a tendency to insert themselves in similar situations.

They see a connection that’s not there. They relate to someone else’s pain.

I wanted to stop by and warn you. I’m not even on duty.

Well, I appreciate that.

Well, I… I’d feel a whole lot better if I can take a quick look around.

It’s just the Marino’s nanny is still unaccounted for.

We can’t ignore the connection here no matter how tenuous it may be.

It’s better that I do it than some other cops.

Now you understand, don’t you?

Well, this is my office, but she’s been using it for research.

I looked into them, you know. The Church of Lesser Saints.

Even if I had doubts, I need to check under every bridge. It’s my job.

They tricked people into thinking they… they do miracles.

She wanted to look around.

And Sean let her?

We gotta get him out of here.

This fascination she has with this Leanne girl, I feel like I’m still not getting the full picture.

Well after we got the doll, Dorothy put the call out for a nanny, and we got a lot of résumés.

We got a ton, and Leanne was one of them, and that was Dorothy’s favorite, you know, and…

I mean, she didn’t take the job, so we parted ways.

Then Dorothy saw her on the street and realized she must be working for another family, and she became obsessed with her.

And, you know, I shouldn’t have let her believe in it and… and I recognize that.

Just… Just talk to her, Sean.

That’s the attic. You know, storage.

Did Dorothy do this?

She comes up here sometimes.

Do you know what it takes to hurt your own family?

Mr. Marino was hurting, and his wife was sick, and he refused to cope with the pain.

Do you understand what I’m saying?

I’m sorry to bother you, Dorothy. It won’t happen again.

Let me walk you out.

That’s all right. I can show myself out.

Listen, I know I crossed a line.

I didn’t mean to hurt anyone.

It’s more that I didn’t want you to hurt yourself.

Shut the fuck up.

Damn it, will you…

You can call me if you start to see things differently.

I’ll be an honest friend.

What the fuck are you doing?

A tragic conclusion to a tragic case.

Just a few minutes ago, press was notified that the body of the youngest Marino child

was found in a concealed crawl space underneath the stairs.

Sergio, only ten-years-old, sustained three bullet wounds to the side of his head.

He appeared to have been shot through the wall by his own father.

Our hearts go out to the friends and family of the Marinos.

to stop this senseless act of violence.

You can have Leanne and go wherever you want.

It’s your family, not ours. You have your customs, I can appreciate that, but we want our son back.

I need you to agree to bring Jericho back.

Wake up, George! Answer me!

Say yes to the deal.

It’s addressed to him.

Stand back just in case.

Is it a Betamax tape?

The answer has come.

Leanne must watch the tape tonight. Give it to me.

We must show her.

There’s no time to waste. Wh… Where is your Betamax player?

We don’t have a Betamax player.

She must see the tape now. She needs to know.

I called their bluff. 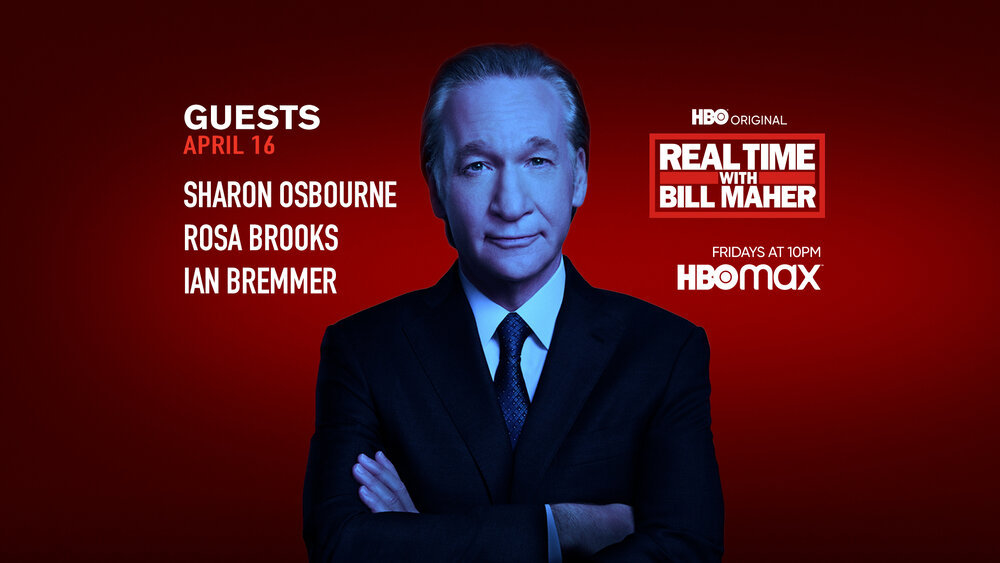 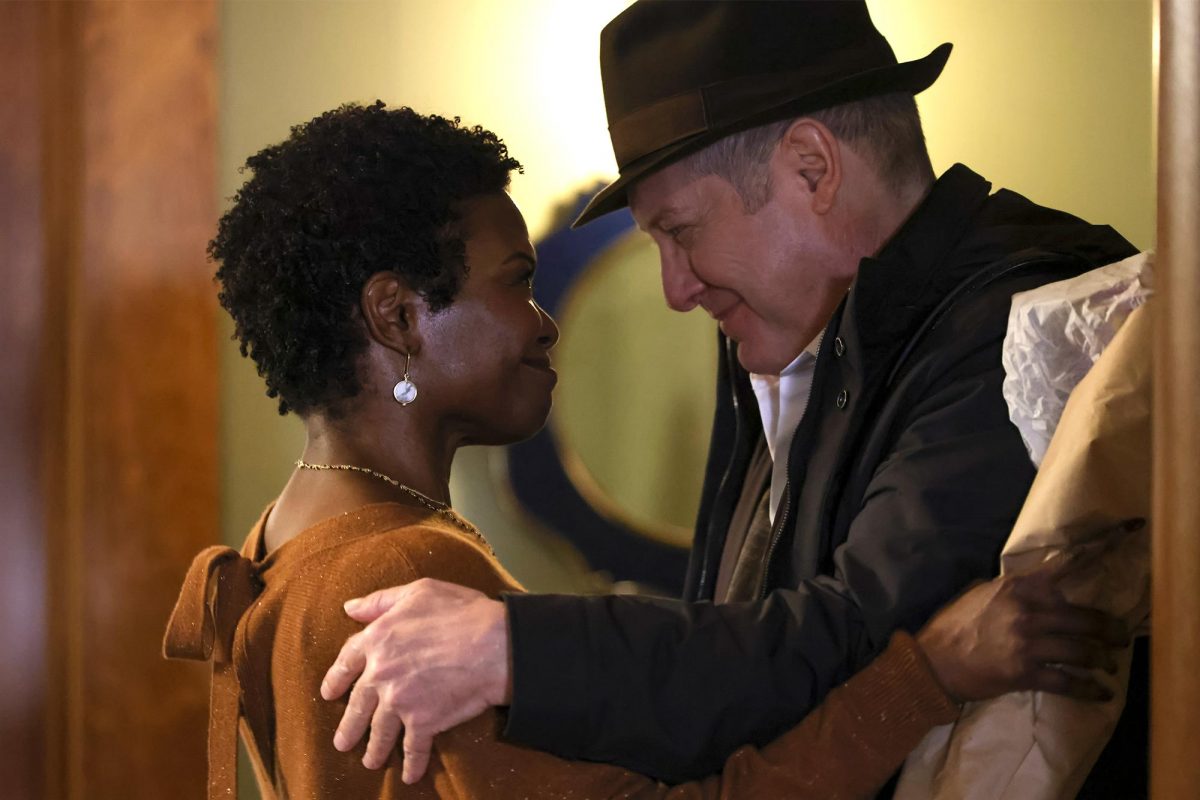 Red enjoys a quiet visit with a friend at her home in rural America. 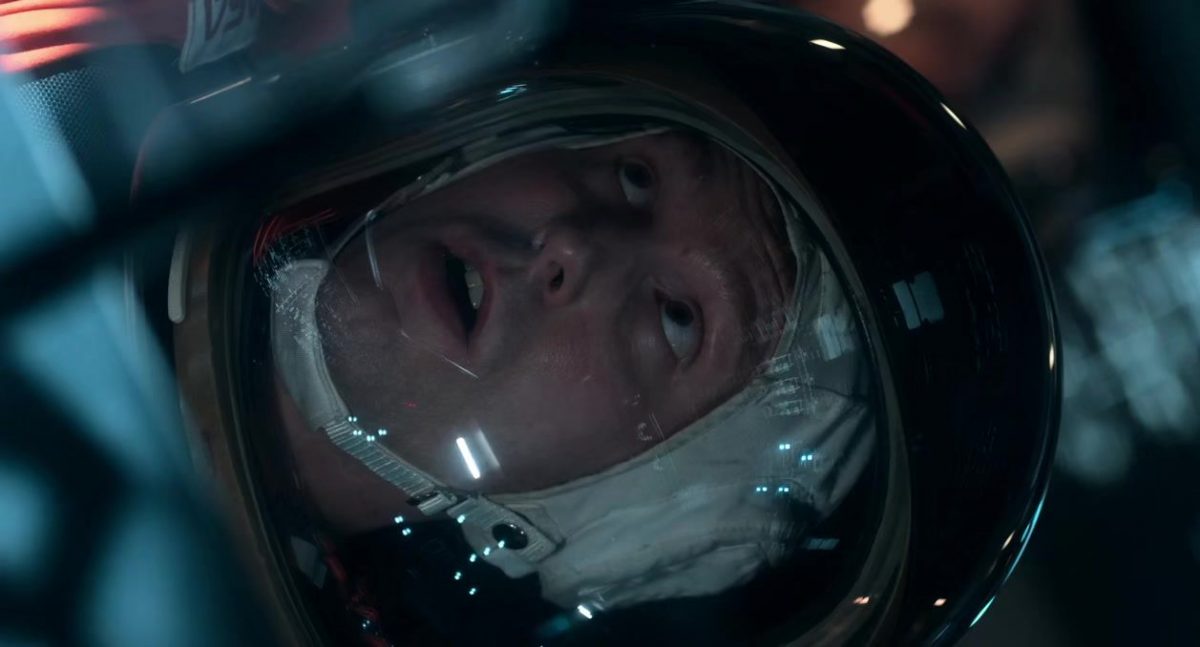 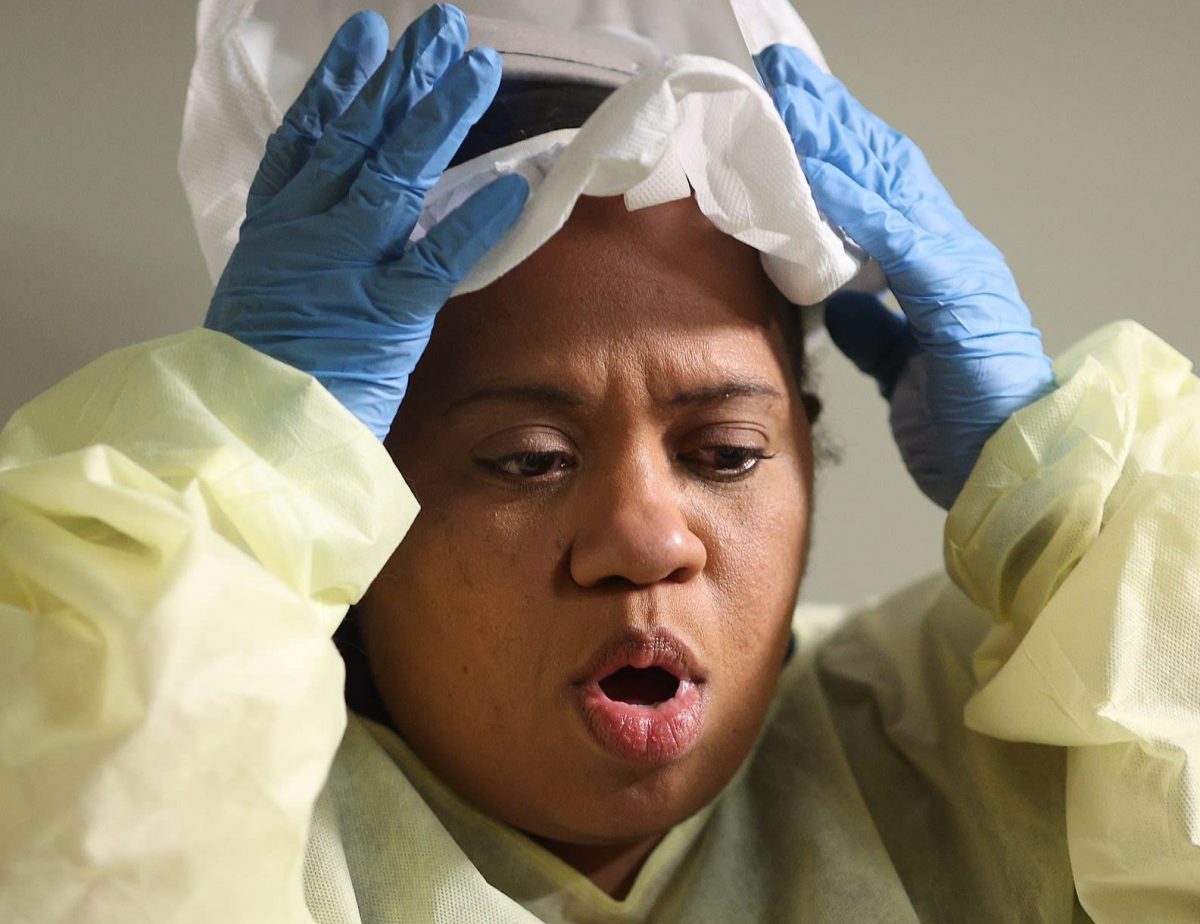