He saw me in an office—neat, comfortable, modern. Please make yourself at home. He finished talking on the phone. He turned to me; his face thin, odd, ascetic yet sensual, the eyes veiled. I am sorry I have only one hour to talk with you. The manner polite, reserved, but with a personal concern, an in­terest that flattered. The secretary left.. The overhead fight was switched off He sat opposite me. Now, what can I do for you?

Could I watch him rehearsing ? But that is impossible, you know. Nobody is ever allowed here in rehearsals: it is something just for us, you understand—between me and the actors, our group . . .  And you? What is it you are doing in Sweden, why did you come here? But the telephone rang. It freed him quickly. They wanted my secretary. We laughed, imagining people who would not imagine Bergman answering the phone. I said I was interested in Swedish theatre. Ah, yes. But you must go to Malmo! Have you not been to Malmo or to Göteborg? There is a wonderful theatre at Malmo: I worked with it for many years.

You have learnt—from whom? from which? I like the new Russian films. The old ones were often so heavy and propagandists, but I like the new ones very much. “The Cranes are Flying.” “The Ballad of a Soldier”. “The Lady with the Little Dog” . . . That is a wonderful film, wonderful! It will be showing soon, I think. You must see it. Bergman’s preview raves sold the film in Stockholm. It is one of the best films I have ever seen. Yes, I liked “Umberto D” very much. “Bicycle Thieves”, not so much . . . “ Rashomon”. the Japanese film—magnificent! “Hiroshima, Mon Amour” is not so good: one sees it is a very simple story, an ordinary story that has been complicated… Of course, there is Jacques Tati! “M. Hulot”! I have seen this many, many times; I have my own print of it. It is the best.

American films? English? Hitchcock. I have learned most from Hitchcock’s films. They are always interesting and exciting, his form is always perfect . . . I LIKE that his films are not deep. They are honest and stimulating. But it is more than technical perfection . he has an ice-cold frenzy. Yes, an ice-cold frenzy. He is always very clear and intense . . . Profundity is very dangerous in a film, especially in a film. I hate profundity which is pretentious, which is—with an obvious message. But I do not like complications either. I want to be simple, to be clear, to tell the truth in my films. . .

You succeed? Oh certainly not! I am often too complicated, I tell lies. Where? When? Which films? That’s my secret. You like some more than others— why? I suppose sometimes because I enjoyed shooting them very much, or because they were very difficult to shoot—many private reasons. But when I have made a film, I am finished with it. I do not look back, I do not even like to think about it. The theatre is really my home. He pointed to the theatre floors beneath us. This is were I belong. “The Seagull” is your first play here? Yes, the first here. You’ve done Chekhov before? No. I did not dare. I have never felt ready before I am more grown up now, perhaps I am mature enough only now. He is absorbed (gossip says) in marriage to a concert pianist, but there have been other marriages and there are six children whom he visits. Did you ask to do this play? We do not work that way here. We get together and discuss a play, and that is how it happens. But you want to do it ? Of course!

No it is a very difficult time, in the rehearsals. I feel I could go on working on the play for another year. One gets through the first, pleasant stage of working on a play, then one goes into it more deeply, and then more deeply and one could go on and on. especially with Chekhov. You understand why we cannot have anyone to watch rehearsals; we work very closely together. We do not have your system in the United States where you can come together to do one play, you work a while together and the actors may not even know each other. Here a “star” can play a large role one time, a small role another time, but always we are working together, growing to­gether; every part is important and one doesn’t feel that one can be dropped out at any time. Here we are not anything outside the theatre, you understand? We are nothing. We are important only in the theatre. Security is very important for artists.

For writers? I think there must be some kind of security . . . Well, perhaps it is not so true of writers; I do not know.

But you are a writer. No. I am a theatre director, and I make films. You write your scripts. Yes, but only that. . . Of course I have written a lot of plays, a long time ago. About twenty of them, but they are all put away; they will never be pro­duced. I not a writer. But, still, film dialogue . . . I do not think I am so much a film-maker as a theatre director. I will perhaps make another eight or ten films, no more. And then I will stop, and work only in theatre. I like to be in the theatre; I feel most at home here. I should like to grow old here. Film-making makes one bleed too much. It is always exciting, and difficult, and fascinating, it makes one feel hurt, and humiliated. I do not think it is a healthy form of artistic work. It is inhuman, and too tense—one is too tense.

But you admire tension in art? One must create tension in relaxation. One must be quiet—one must be strong, you understand?—to produce intensity. I get this in the theatre. I can also educate here: there is continuity. I like to work with the young people, give them something to revolt against. I like to teach them, to give them my experience—but not so that they will do the same thing, just to give them a wall to strike against.

Theatre in other countries? We are isolated here, perhaps. But it is all con­tained here. The only reason I want to travel sometimes to other countries is to hear good music. . . The symphony orchestras are better in other countries. My wife and I have the dream to do no work for a year, only to go and listen to Bach, to hear and understand Bach through the masters . . . Perhaps the Japanese or Indian theatre would be interesting, but just to see theatre—He waved it away. There is all I need here. *

Now I have talked to you for over an hour and I am sorry but I must get back to my work . . . But I think we have had a very good time?

Yes, you’re a very nice person to talk with. And you also are a very nice person. Shaking my hand. Seeing me out. A charmer. Is he always the char­mer? Max von Sydow, the Knight in “The Seventh Seal,” the Magician in “The Face”, Bergman’s friend and “star” told me new people were always surprised at Bergman’s gentleness with them. Bibi Andersson of “The Devil’s Eye” and “Wild Strawberries” said that he had “an excellent sense of hu­mour”, that he made “so many jokes” and made her laugh so much she was surprised when a picture come out of it at all. A technician, on the other hand, called him a devil to work with: “Oh, he apologises later, but you feel he does this for the same reason he insulted you—as part of getting the job done.”

Getting the job done? . . . I did mine. I sent him my transcript. I was summoned to the office. It is truly remarkable how exactly you captured our entire conversation! But you cannot say this . . . This was a reference of mine to one of his colleagues—unnecessary, petty, It is YOU I am concerned about; what you are doing to yourself when you write such things about others. I want you to be more careful. Do you understand? As others have perhaps not always been careful of you . . . 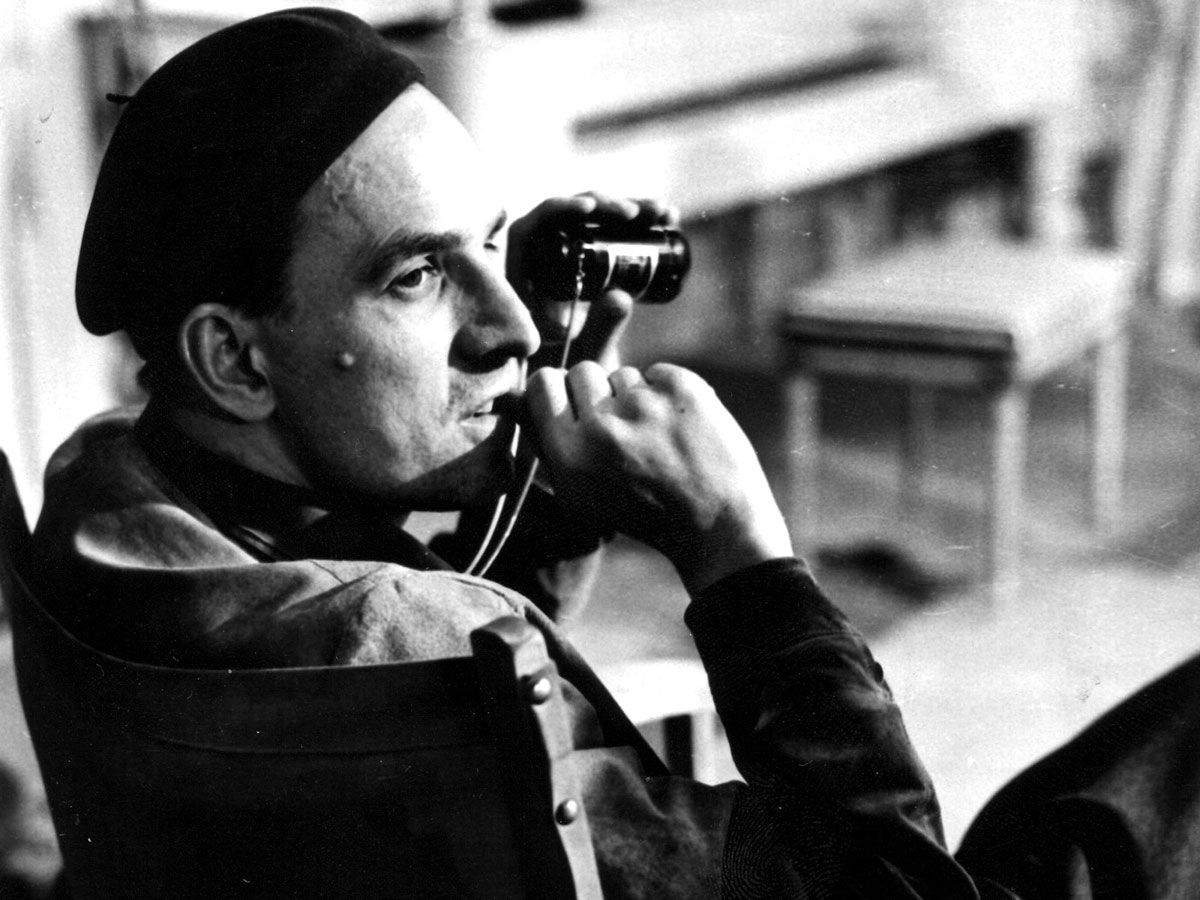 In teaching the films of Ingmar Bergman it has become increasingly clear to me that it is his personal vision which attracts the students. Those who do not share that vision often find Bergman unexciting; they argue that technically he has added little to the art of film making and that in the area of cinematic form he remains a borrower rather than an inventor.