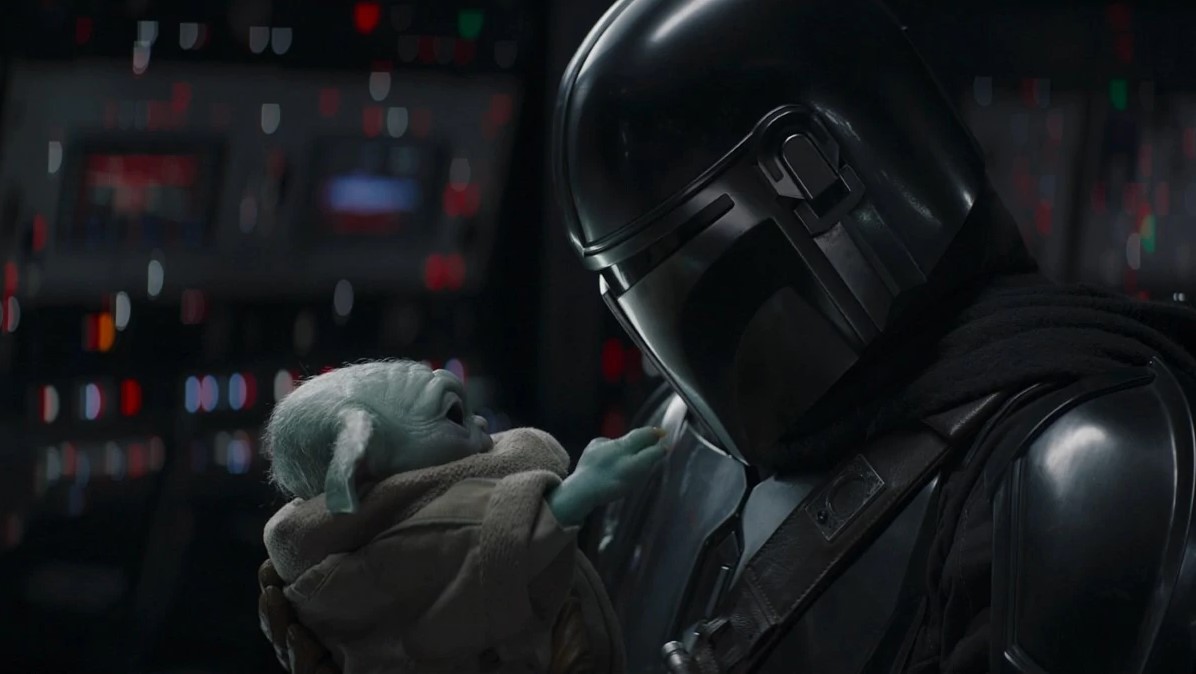 Bo-Katan and her fellow Mandalorian Koska Reeves agree to help rescue Grogu in exchange for Bo-Katan getting the Darksaber from Gideon and the Mandalorian considering her offer to help them liberate Mandalore. The group kidnaps Dr. Pershing and use his shuttle to get close enough to crash land on Gideon’s cruiser, with Fett pretending to attack them in Slave I before attacking the Imperials. Bo-Katan, Koska, Fennec, and Dune fight through stormtroopers to the cruiser’s bridge. Meanwhile, the Mandalorian finds the Dark Troopers, defeats one of them with the Beskar spear, and ejects the rest into space. He fights Gideon with the spear and overpowers the Moff, making him the new rightful owner of the Darksaber. The Dark Troopers return, but they are all destroyed by Luke Skywalker, a Jedi that Grogu had contacted on Tython. The Mandalorian gives Grogu permission to go with Skywalker and R2-D2 to complete his training. Later, Fett and Fennec travel to Jabba’s Palace on Tatooine where Fett kills Bib Fortuna and claims Jabba’s throne.

DR. PERSHING: What’s going on? Who are they?

CO-PILOT: I suggest you shut your mouth, this isn’t your laboratory.

PILOT: They hit us with an ion cannon. Avionics are down. Comms are down!

CO-PILOT: I don’t have a death wish, do you?

CO-PILOT: Before you make a mistake, this is Dr. Pershing.

THE MANDALORIAN: We’ve met. Is the kid alive?

PILOT: Easy, pal. Okay? I’m not with him. We can work something out.

CO-PILOT: No. No, you listen to me. This is a top-tier target of the New Republic. This is a clone engineer. And if they find out that he’s dead because of you, you’re gonna wish you never left Alderaan. I saw the tear. You wanna know what else I saw? I saw your planet destroyed. I was on the Death Star.

CO-PILOT: You think you’re funny? Do you know how many millions were killed on those bases?

CO-PILOT: As the galaxy cheered?

CO-PILOT: Destroying your planet was a small price to pay to rid the galaxy of terrorism.

THE MANDALORIAN: I need your help.

BO-KATAN: Not all Mandalorians are bounty hunters. Some of us serve a higher purpose.

THE MANDALORIAN: They took the Child.

BO-KATAN: You are not a Mandalorian.

BOBA FETT: Never said I was.

KOSKA REEVES: I didn’t know sidekicks were allowed to talk.

BOBA FETT: Well, if that isn’t the Quacta calling the Stifling slimy. Easy there, little one.

KOSKA REEVES: You’ll be talking through the window of a bacta tank.

BO-KATAN: All right, easy. Save it for the Imps.

THE MANDALORIAN: We have his coordinates.

BO-KATAN: You can bring me to Moff Gideon?

THE MANDALORIAN: The Moff has a light cruiser. It could be helpful in your effort to regain Mandalore.

BOBA FETT: You gotta be kidding me. Mandalore? The Empire turned that planet to glass.

BO-KATAN: You are a disgrace to your armor.

BOBA FETT: This armor belonged to my father.

BO-KATAN: Don’t you mean your donor?

BO-KATAN: You are a clone. I’ve heard your voice thousands of times.

BOBA FETT: Mine might be the last one you hear.

BO-KATAN: Enough! Both of you! If we had shown half that spine to the Empire we would’ve never lost our planet. We will help you. In exchange, we will keep that ship to retake Mandalore. If you should manage to finish your quest, I would have you reconsider joining our efforts. Mandalorians have been in exile from our home world for far too long.

BO-KATAN: One more thing. Gideon has a weapon that once belonged to me. It is an ancient weapon that can cut through anything.

BO-KATAN: It cannot cut through pure beskar. I will kill the Moff and retake what is rightfully mine. With the Darksaber restored to me, Mandalore will finally be within reach.

THE MANDALORIAN: Help me rescue the Child and you can have whatever you want. He is my only priority.

BO-KATAN: This is Moff Gideon’s Imperial light cruiser. In the old days, it would carry a crew of several hundred. Now it operates with a tiny fraction of that.

DR. PERSHING: Your assessment is misleading.

DR. PERSHING: This isn’t subterfuge. I assure you.

DR. PERSHING: There’s a garrison of dark troopers on board. They are the ones who abducted the Child.

THE MANDALORIAN: How many troopers do they have armed in those suits?

DR. PERSHING: These are third-generation design. They are no longer suits. The human inside was the final weakness to be solved. They’re droids.

FENNEC SHAND: Where are they bivouacked?

DR. PERSHING: They’re held in cold storage in this cargo bay. They draw too much power to be kept at ready.

FENNEC SHAND: How long to power up?

THE MANDALORIAN: Where is the Child being held?

DR. PERSHING: This is the brig. He’s being held here under armed guard.

THE MANDALORIAN: I go alone.

BO-KATAN: Fine. Phase one, Lambda shuttle issues a distress call. Two, we emergency land at the mouth of the fighter launch tube, cutting off any potential interceptors. Koska, Fennec, Dune and myself disembark with maximum initiative. Once we’ve neutralized the launch bay, we make our way through these tandem decks in a penetration maneuver.

THE MANDALORIAN: And me?

BO-KATAN: We’ll be misdirection. Once we draw a crowd, you slip through the shadows, get the kid.

CARA: Those dark troopers are gonna be a real skank in the scud pie.

BO-KATAN: Their bay is on the way to the brig. Can he make it there before they deploy?

FENNEC SHAND: Here. Take his code cylinder and seal off their holding bay. Anyone else, we can handle.

THE MANDALORIAN: We’ll meet at the bridge.

BO-KATAN: Moff Gideon is mine. Got it?

CARA: He’s ex-ISB. He’s got a lot of information. I need him alive.

BO-KATAN: I don’t care what happens to him as long as he surrenders to me.

BO-KATAN: Copy that. Get the hell out of there as soon as they clear us to dock. And your shots have to look convincing.

BOBA FETT: Power up those shields, princess. I’ll put on a good show.

BO-KATAN: Watch out for those deck cannons.

BOBA FETT: Don’t worry about me. Just be careful in there.

BO-KATAN: Negative! Negative! We are under attack!

We have incoming at two-eight-four-six.

STORMTROOPER 3: What are you doing? Get that thing out of here!

BO-KATAN: A little too clear. Keep your eyes open.

BO-KATAN: We got your back.

STORMTROOPER: There they are!

FENNEC SHAND: I got you.

THE MANDALORIAN: No. No!

BO-KATAN: Are you sure you don’t need any help?

CARA: I think that did it. Excuse me.

MOFF GIDEON: Drop the blaster. Slowly. Now kick it over to me. Very nice.

THE MANDALORIAN: Give me the kid.

MOFF GIDEON: The kid is just fine where he is. Mesmerizing, isn’t it? Used to belong to Bo-Katan. Yes. I know you’ve been traveling with Bo-Katan. A friendly piece of advice, assume that I know everything. Like the fact that your wrist launcher has fired its one and only salvo.

THE MANDALORIAN: Where is this going?

MOFF GIDEON: This is where it’s going. I’m guessing that Bo-Katan and her boarding party have arrived at the bridge, seeking me or, more accurately, this. But I’m not there. And I imagine that they’ve killed everyone on the bridge, being the murderous savages that they are. And now, they’re beginning to panic. You see, she wants this. Do you know why? Because it brings power. Whoever wields this sword… has the right to lay claim to the Mandalorian throne.

THE MANDALORIAN: You keep it. I just want the kid.

MOFF GIDEON: Very well. I’ve already got what I want from him. His blood. All I wanted was to study his blood. This Child is extremely gifted… and has been blessed with rare properties that have the potential to bring order back to the galaxy.
I see your bond with him. Take him, but you will leave my ship immediately and we will go our separate ways.
You’re sparing my life? Well, this should be interesting.

CARA: He brought him in alive, that’s what happened. And now the New Republic’s gonna have to double the payment.

MOFF GIDEON: That’s not what she’s talking about. Why don’t you kill him now and take it?
It’s yours now.

THE MANDALORIAN: What is?

MOFF GIDEON: The Darksaber. It belongs to you.

THE MANDALORIAN: Now… it belongs to her.

MOFF GIDEON: She can’t take it. It must be won in battle. In order for her to wield the Darksaber again, she would need to defeat you in combat.

THE MANDALORIAN: I yield. It’s yours.

MOFF GIDEON: Oh, no. It doesn’t work that way. The Darksaber doesn’t have power. The story does. Without that blade, she’s a pretender to the throne.

THE MANDALORIAN: Come on, just take it.

MOFF GIDEON: Well, perhaps she’ll get another crack at it.

FENNEC SHAND: The ray shields have been breached. We’re being boarded.

BO-KATAN: How many life forms?

MOFF GIDEON: You’re about to face off with the dark troopers. You had your hands full with one. Let’s see how you do against a platoon.

THE MANDALORIAN: Don’t worry, kid. I’m gonna get you out of here.

MOFF GIDEON: You have an impressive fire team protecting you. But I think we all know, after a valiant stand, everyone in this room will be dead… but me… and the Child.

FENNEC SHAND: Why did they stop?

FENNEC SHAND: Are you crazy?

THE MANDALORIAN: Are you a Jedi?

LUKE SKYWALKER: I am. Come, little one.

THE MANDALORIAN: He doesn’t want to go with you.

LUKE SKYWALKER: He wants your permission. He is strong with the Force, but talent without training is nothing. I will give my life to protect the Child… but he will not be safe until he masters his abilities.

THE MANDALORIAN: Hey, go on. That’s who you belong with. He’s one of your kind. I’ll see you again. I promise.

THE MANDALORIAN: All right, pal. It’s time to go. Don’t be afraid.

LUKE SKYWALKER: May the Force be with you. 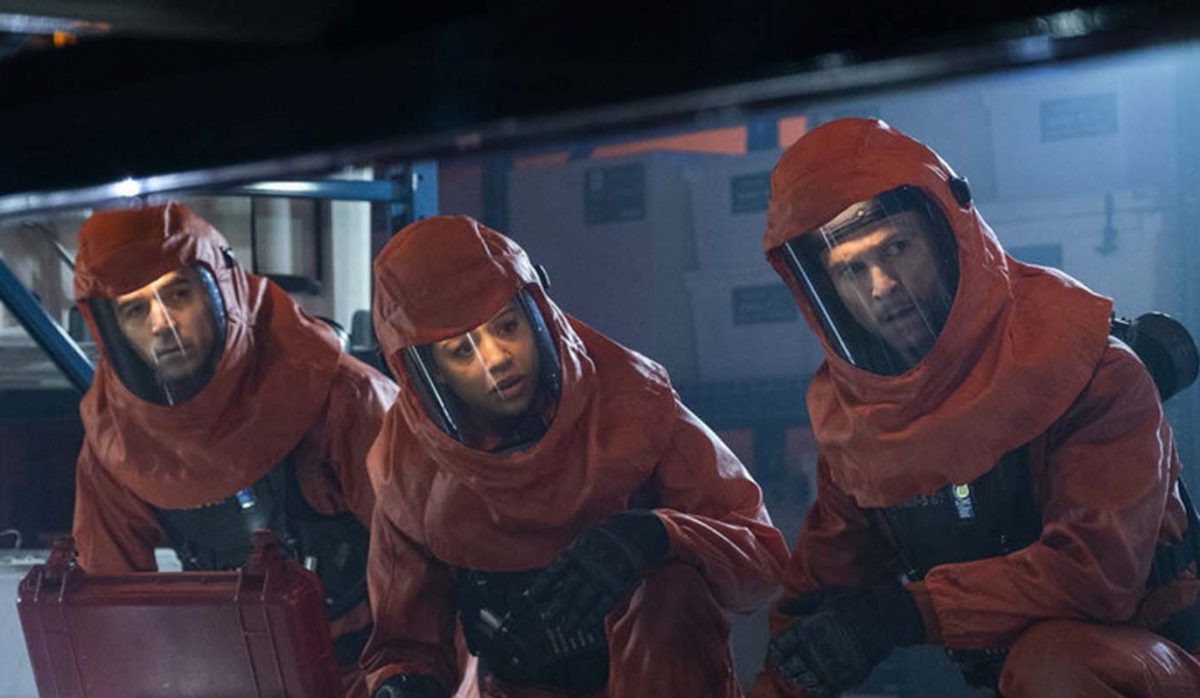 As George grows closer to finding what he is after, the Debris that Orbital has collected begins a mysterious process. 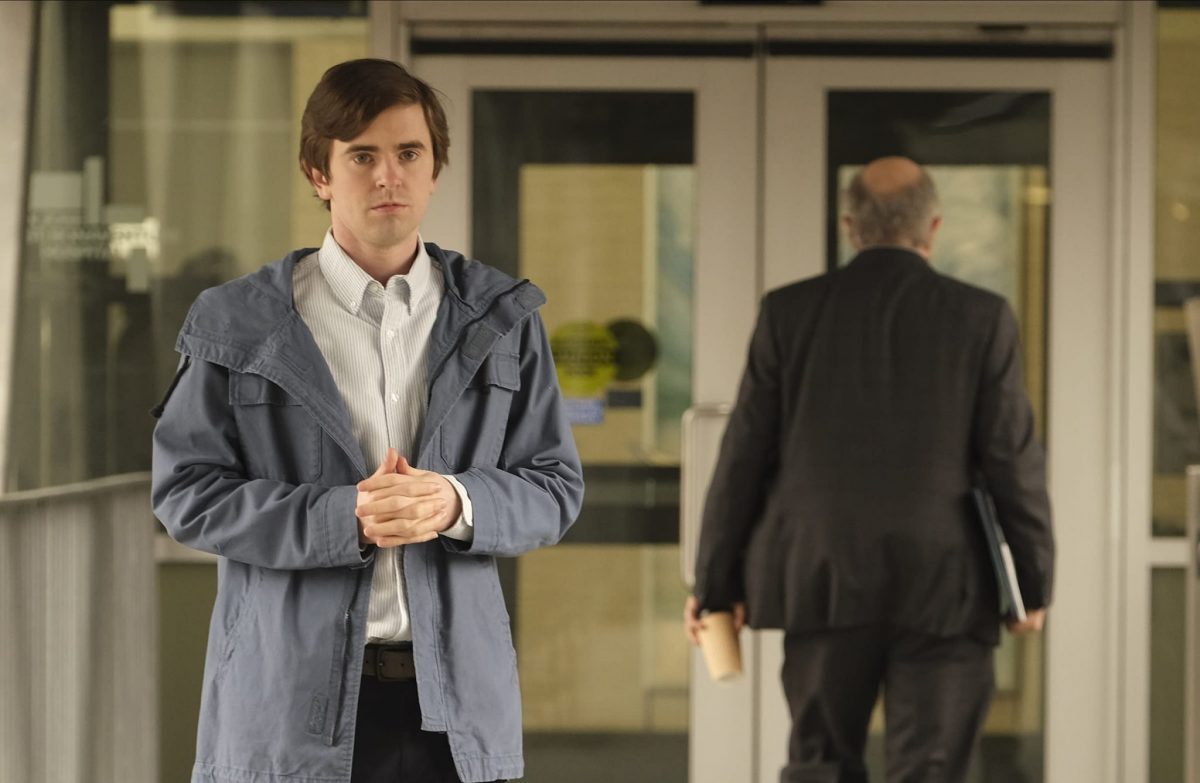 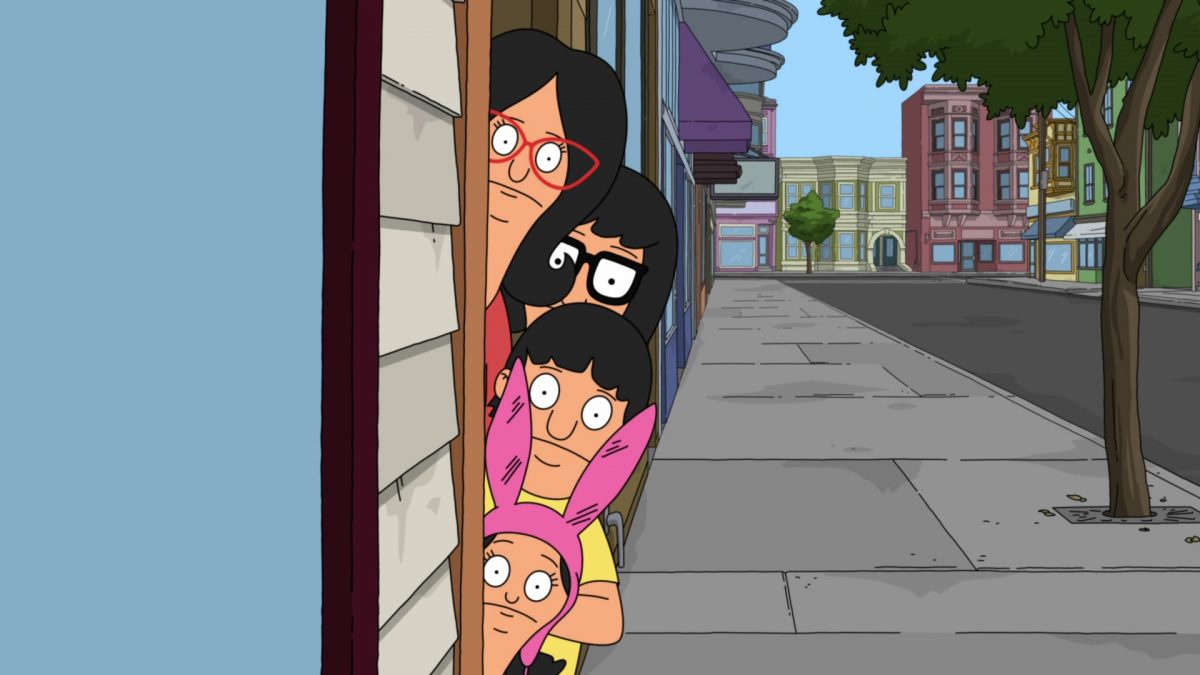 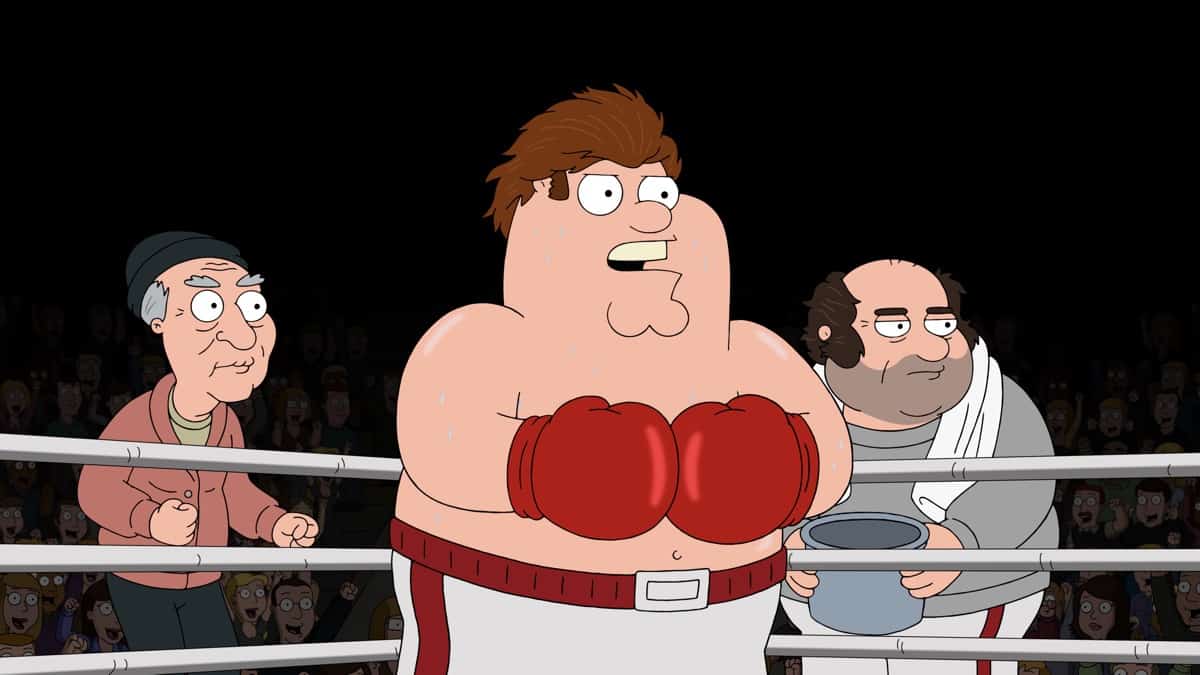