Monologue: Threat Level Orange
[Applause] Thank you very much. I love you too. Thank you so much. I know why you’re happy. This is the week that Trump found out that everyone hates him. I don’t mean people like me, I mean the people who work for him.
Bob Woodward’s new book came out—or the excerpts did—and it’s called All the president’s men think he’s an idiot. Boy, Bob Woodward, first Nixon now he’s doing Trump. He has brought down more Republicans than gay sex in public restaurants. But it’s been a real double whammy for the president because first the excerpt came out for the Woodward book and then the day after the anonymous—you saw this—this anonymous op-ed was printed in the New York Times from a very high up White House official. And both the book and the op-ed tell basically the same thing: that there is a resistance from inside the White House. The anonymous author said many senior officials are working very hard to protect America from Trump. And Trump started to suspect something was going on. He went into a cabinet meeting and they were all wearing pussy hats.
Everybody wants to know who this anonymous is, a senior official who wrote in his piece that he or she finds Trump to be immoral and impulsive and ill-informed and petty. So, suspects include everybody. Because it turns out that everybody in the White House is living in this bizarro world where they are not who they say they are. And today Melania said “oh I thought I was the only one faking it.” She even had to deny it. They even asked Melania and she said “No it’s not me. If I have something to say I’ll write it on my jacket. That’s me.” Trump is so pissed off. A turncoat writes in his presence “a traitor.” Who would betray the Russians like that? He’s pissed off. He says the New York Times must “turn over.” Turn over, and not turn him over. What fucking country does he think he lives in, where we turn people over for national security purposes. Until we catch this guy—he says—the threat level is going to Orange. But still white around the eyes. You know it’s a warning sign when the president looks like a warning sign.
Debating whether he’s crazy– I’m still getting over the fact that the president dyes his hair platinum blonde and paints his face basketball orange. He sounds like a drunken, he looks like a tequila sunrise. After these two things came out—these latest—you’d be hard-pressed to find someone, who worked in the administration, who hasn’t at some point called him an idiot or some version of that: idiot, moron. Now we have the Defense Secretary Mattis saying working with him was like working with a fifth or sixth grader. Trump was so mad when he heard that he spit chocolate noise– chocolate– You know where I was going– Let’s do it again– Oh, no, we’re live…
The paranoia level in the White House– As soon as the anonymous came out Trump—of course detective Trump– 27 high-level people have now denied it: Mike Pence denied it; Mike Pompeo; Coats; Maness; they all said “it wasn’t me.” Lincoln had his team of rivals; Trump has his team of shaggy. It wasn’t me, nobody remembers that. But they’re even talking that everyone in the White House now is gonna have to take a lie-detector test– A lie-detector test? For the Trump administration? We don’t do that in America… we don’t have enough electricity. But who wrote it? Detective Trump wants to know who is the author? Is it Kelly? Is it  Kellyanne? Couldn’t be Sarah Huckabee Sanders, not like her to lie. Rick Perry said “Write it? I can’t even read it!” Ben Carson said “Anonymous? Anonymous? Do I look Greek?” But I will lead the last word on anonymous to the President himself.

Build the wall, I think the drugs are still getting in.

‘The stooge and puppet-master’

He is the director, co-writer and co-producer of the documentary Active Measures, now playing in theaters and on iTunes, Jack Brian. Jack [Applause] Thank you so much.

I think you did a great service with this movie. It’s out today, people can see it?

Wherever you can see this. I think this is so great because it pulls together– we’ve been hearing so many things– you watch the news and every day it’s a different scandal and a lot of it has to do with Russia. You pull it all together and when you see what Putin’s aims were from the beginning ex-KGB wanted to get Russia back to be superpower status and you see who Trump is it’s almost inevitable that they would figure in each other’s lives like this, the stooge and the puppet-master.

Absolutely and it had happened in other countries before and so the PlayBook was the exact same and when you look at the sort of the sphere of people that Trump is hanging out with starting in the 80s and dealing with and the type of people that Putin is going after going back to the late 90s it does seem completely inevitable.

He’s the perfect mark, is he not? I mean, this is like you say the PlayBook goes way back with Russia and the KGB. Who do they look for and how does Trump fit that.

Yeah so intelligence officers when they’re looking for somebody to flip they have an acronym they use, which is MICE, and it means people are susceptible to money, ideology, compromise or ego and those are the levers they try to pull.

I see three out of four right away. He has no ideology, but you don’t need all four.

Three out of four, they must be like “we hit our guy.”

You only need one.

You only need one and he’s totally three.. Okay… and and that’s what I love about your film it goes back in time to– I mean this didn’t happen just in 2016. where would you put the beginning of this story.

We tried to find the beginning and it was a long trail back but we really started with the first clear act of illegally, which was 1984 when Donald Trump personally sold five condos in Trump Tower to Russian mobster named David Bogan. The state attorney general ruled that was money laundering and that relationship continued at first through casually there were a lot of Russian mobsters that lived in Trump buildings, there were tons of Russian mobsters ever buying from properties and honey hang on the casinos but between the early 90s and around 2004 Trump went through series of bankruptcies and he started losing the ability to get seed capital–

The only man to lose money in the casino business.

People give you money for nothing.

Indians make this work– [laughs] not exactly in their heritage running casinos… they can do it.

Yeah and even Steve Wynn—the casino magnate, we show this in the film—describes why he lost and it was it he built a casino those twice the size of any other casino Atlantic City, it was never never gonna be successful.

Yeah I think that’s a really important point and I think we as Americans in with the mafia we think about the Godfather or Tony Soprano a character that’s sort of good doing battle with the government. Whereas in Russia that’s how they launder money out of the country, that’s how the corrupt officials starting with Putin and his inner circle get money from Russia to safe judiciary’s to safe areas where we’ll be prepared.

Ok, go back to why their money is dirty to begin with. We always hear the term oligarchs, those are the people around him, right?

And they’re all thieves, right? They’re stealing from their own people…

They say Putin is the richest man in the world–

…with a bureaucrat salary.

How do we know that though? I mean, was it the Panama papers that is–

That was a huge part of it. But also just the assets he controls I mean the fact that he and it’s hard to quantify what kind of money he has in part because it’s rubles which is not a steady a currency as dollars but also because it’s so paik [?].

So they’re taking it from Russian industries, like any dictator does.

And it’s not just Europe, I mean it’s not just Russia. It’s also Ukraine, they steal tons from the gas trade, especially the energy trade.

So they want to park it in the West, we’re it’s safer, and they have to hide it somehow, right? And that’s where Trump came in, right?

Yeah. The real estate is the easiest way to do that. Even though the the Patriot Act has a cutout for real estate transactions. So, unless there is a bank loaning money—which there isn’t because they don’t need a loan—there’s no government body looking at that transaction. They use their own brokers, known as nodes, which are these points of intersection between dirty money and cleaning it out. And those brokers are always Russian mob people and so there’s no government—

And this is for Trump properties all over the world. They are laundering money and have been the Russians for decades.

Maybe it should be.

Maybe. In some places might be. But they know he’s committed financial propriety. Now they know that he’s worked with them during 2016 and that is the ultimate [?]

So when Paul Manafort, who was Putin’s man in Ukraine, came on board– you see that– I do as “let’s install our guy”– They don’t even have to catch them right in collusion—they keep talking about collusion—because the collusion was so baked into the cake from so long ago.

Yeah, and not only that. It’s an essential component of the operation as well. These operations, when you look at what happened in Ukraine or you look at what happened in Georgia, play-by-play the same operation, one of the components in each of these. And not just the ones we show in the film but other elections throughout the world. The candidate that they are supporting, they accuse– the social media lets out the opposing candidate, they call them criminals online and the candidate they’re supporting repeats that line calling them criminals. And so an audience has heard it in this independent format they think, and the one guy saying it on stage is that candidate. So it sounds like he’s the only guy telling the truth.

So Putin basically franchised and Trump was one of the McDonald’s owners who bought the license.

Does Trump know he’s this much of a Russian asset?

We are getting into something the President of United States knows… and I want to hear it!

His organization. Thank you.

He knows what is going on in his organization and those people and everybody you talk to says he knows.

I think this movie is doing a great service. See this movie. Not that you need to, but you need to, some of you. All right, thank you Jack. Thanks for making the movie [Applause] 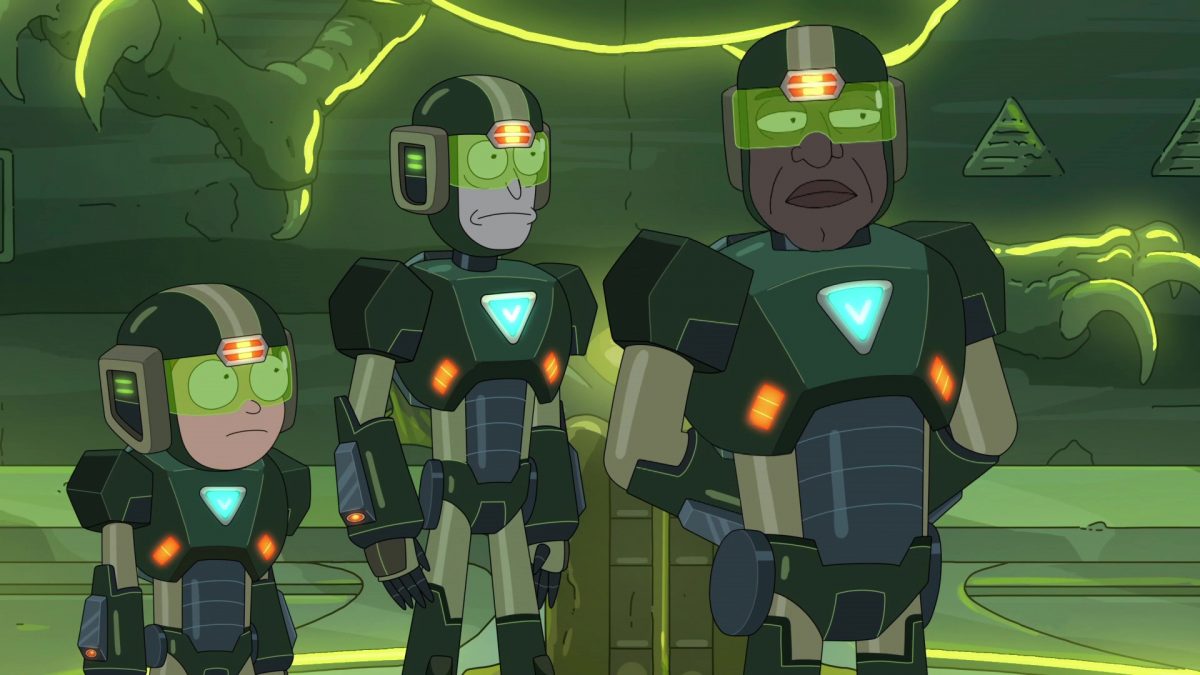 Episode aired July 25, 2021 After Morty inadvertently destroys the U.S. Constitution, the Liberty Bell, and the Lincoln Memorial (and activates a hostile, steam-powered robot hidden inside the Statue of Liberty) on Thanksgiving, 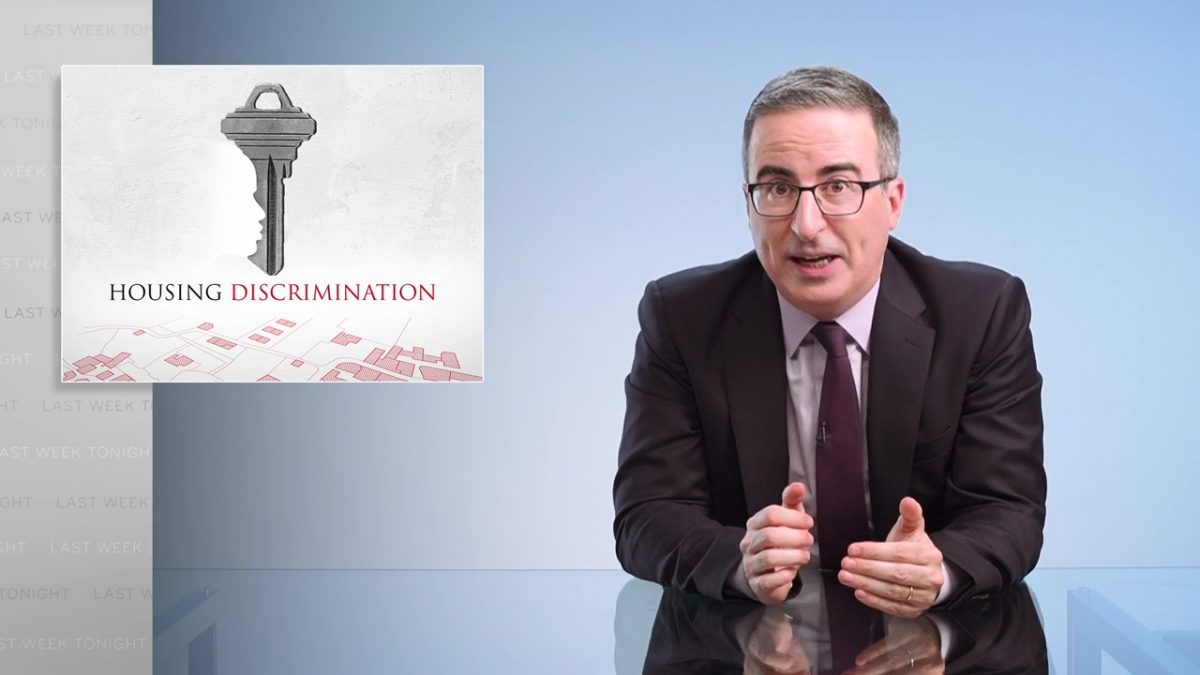 John Oliver breaks down the long history of housing discrimination in the U.S., the damage it’s done, and, crucially, what we can do about it. 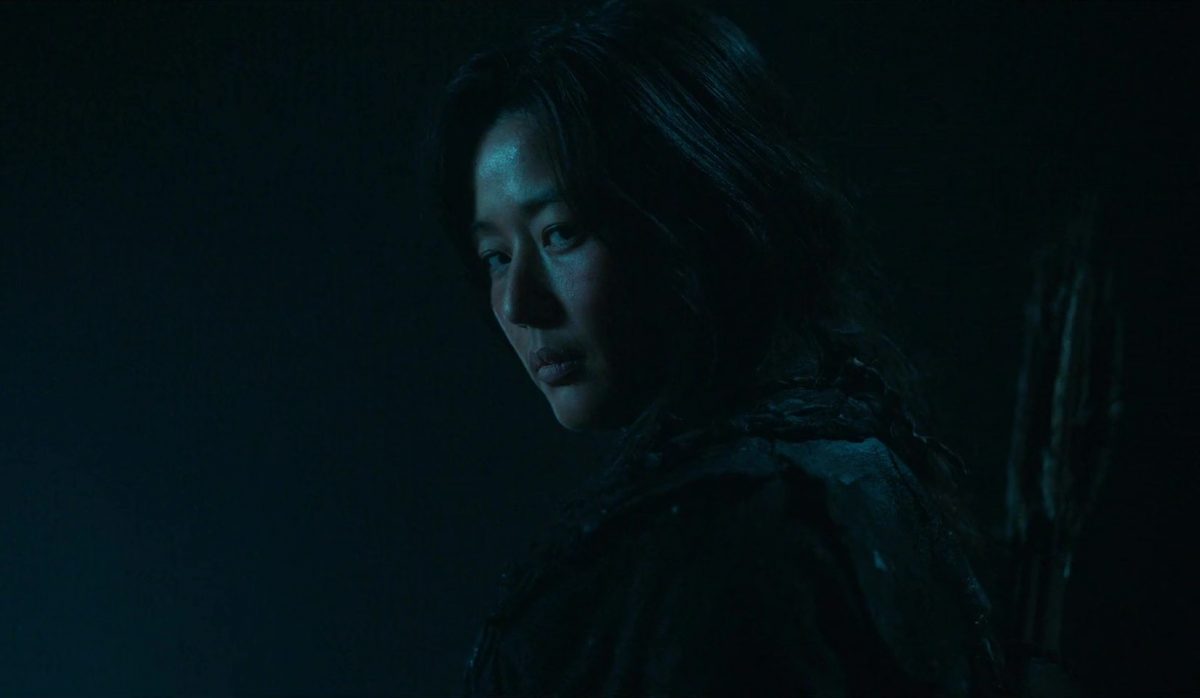 Tragedy, betrayal and a mysterious discovery fuel a woman’s vengeance for the loss of her tribe and family in this special episode of “Kingdom.” 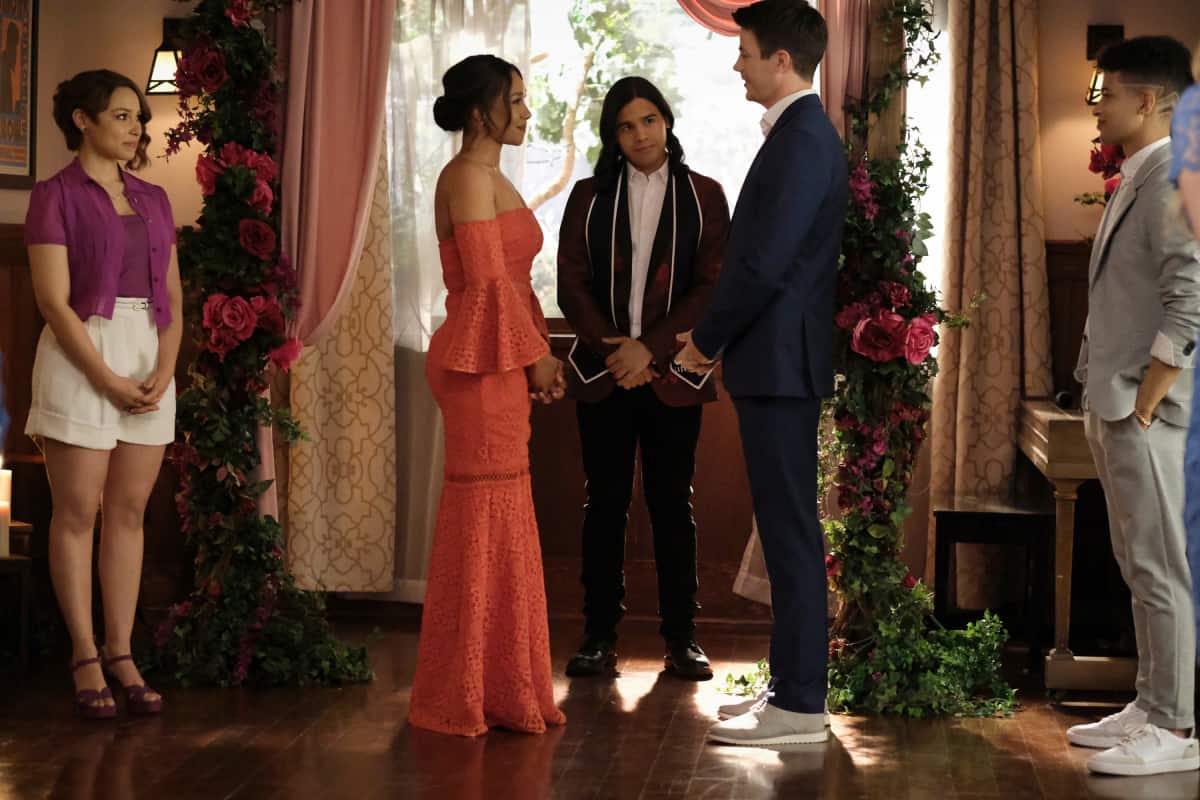 The Flash enlists a host of speedster allies, including Iris and his children from the future – Bart and Nora-West Allen to end the speedster war and defeat a deadly new adversary: The villainous Godspeed.