As expected, Attell doesn’t hold back on disgusting and self-deprecating humor. He confesses that his genitals look more and more like a tent that no one knows how to fold and that on his best day his junk smells like a foot.

– Thank you very much. Vinnie Brand, everybody. Give him a hand. Thank you so much. It’s great to be here at the stress factory in New Jersey. Nice. And, uh, I need a cameraman, ’cause I’m broke. So who’s gonna help me out here? Miss, do you wanna do the camerawork? – Sure. – Okay, there you go. All right, I love it. And how about you, dude, everything good? There we go. Not that we don’t trust you. We have another guy taping you. All right, this is like— this is like North Korea, I love it. What’s your story? We should know a little bit about the people behind the scenes here. What do you do? – I was a hairdresser. – Oh, here we go, all right. [Laughter] Oh, look, you’re already doing your own sex tape. Can you wait? A camera goes on, she gets wet. Is that what it is here? I mean— here, here, here. Whoa. Wow. I was doing a show one time at this club, okay, right up front, a 12-year-old boy. Now what kind of parents—Cuban— bring a kid like that to see this filthy humor? Ridiculous. Good kid. Now he’s playing for the Mets.

Anyway—what? I give it to you guys. It’s hard to watch me do my old shitty act in front of the world’s last phone or something. I mean, it’s not my fault Thomas Edison is from this town, and we all have to worship his magical device. Isn’t it amazing how phones used to be this big? Look at that, right? Everything’s smaller now: phones, dogs, dicks. They’ve all gotten tinier, but they do more. These jokes aren’t gonna be all this clean, all right? It’s gonna be a filthy dirty mess of a show. It really is. [Cheers and applause] I know, some of you are into it, some of you aren’t.

My dad used to beat me when I was a kid. And he’d always go, “Dave, “I really don’t wanna hit you, but this is the only thing that gets me hard.” And you know what? Hey. Come on, it’s a joke. You know I don’t know who my dad is. I have no idea. I was raised in a carnival. Keep it up here, all right? Just on the punch lines, just—yeah, like— here’s something you rarely get to see, a gangbanger eating some strawberry shortcake. This is, like— is this a comedy club or a Denny’s in two hours? What’s going on here? I love a filthy pedophile joke with a little piece of strawberry shortcake. All right, ’cause I am evil. [Laughter] you wanna switch? See, look, there’s not much room on the stage here. This is great. This is like an MMA fight between two nerds. This is great. Ever do a bunch of mushrooms, think you’re having a pillow fight, but it turns out to be a live baby? Has that ever happened to anybody? All right. Just feeling the crowd out. Seeing who’s who here. Hello? Oh. Sorry. My career called, it’s dead. Um, sorry.

Let’s go back to the women here. There’s a lot of hot women here. All right, yeah. Where are the single women? None, there’s no single women anymore. I don’t blame ’em. I like when a woman’s on top. ‘Cause when a woman’s on top, you know what your job is? Not to die. That’s all you have to do, just lay there. And you get a chance to weigh her. Yeah. Fuck all of you, that’s funny. Now—I’m not gonna wait for you guys anymore. I like when a woman’s on top. They call it cowgirl style. Yeah, some girls wear a cowboy hat as they’re doing that. That’s a little too much. A cowgirl hat during cowgirl sex is like a turban on a plane. It is totally— [chuckles] it’s legal, but I’m not sleeping on that flight. I’m not. I got one eye on you, zero dark thirty. Yeah. [Chuckles] how about reverse cowgirl? That’s when they’re facing away. Have you—yeah, I don’t know who invented that, but they were ugly. Yeah, like, “hey, I’ll bang ya, “I just don’t wanna look at ya. I mean—” you gotta believe in yourself as a dude, when your woman does that. Because, you know, it does look like she’s getting up to leave. It really does look like, “hey. If you’re gonna go, bring back something to eat.” 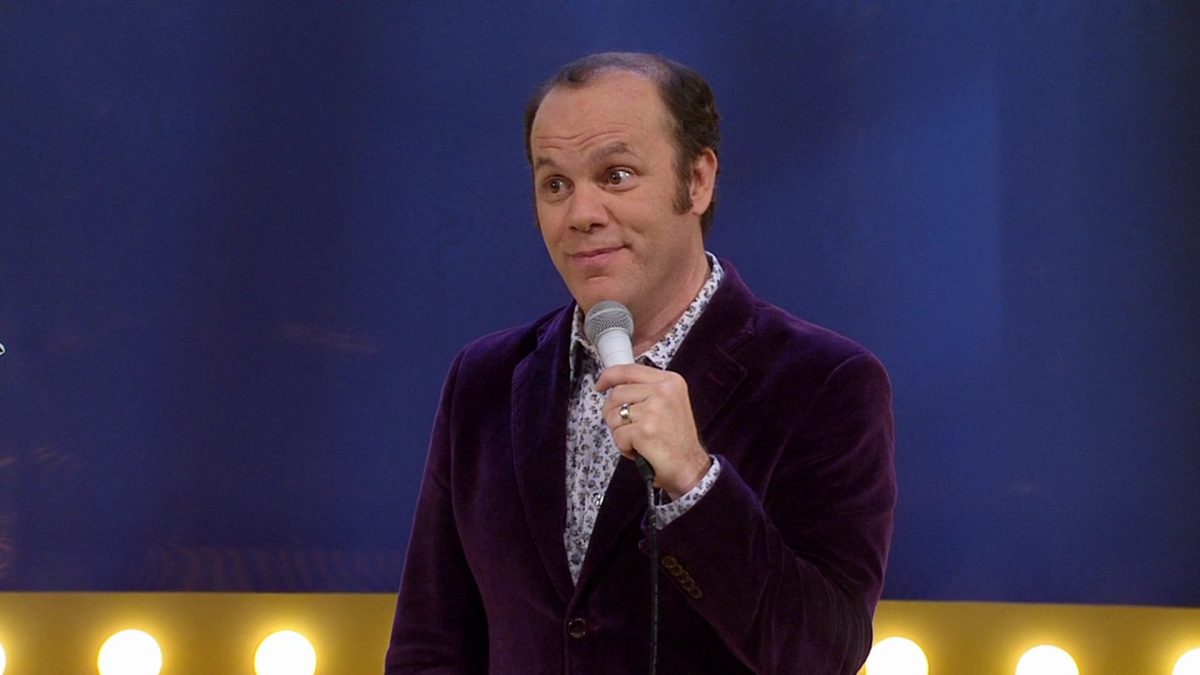