Dave Chappelle: Deep in the Heart of Texas (2017) – Full Transcript 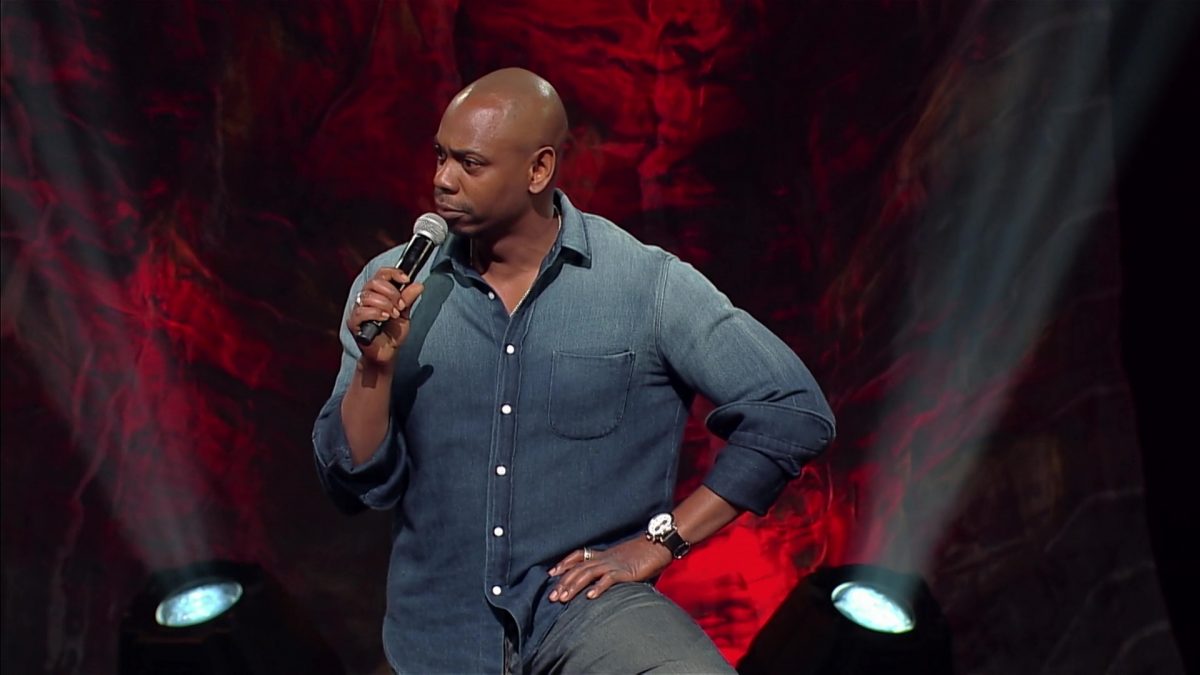 [Morgan Freeman] He’s in the trance. He isn’t thinking of jokes, though. He’s composing the voiceover I’m saying to you right now. Getting me to agree to this was beyond his wildest dreams. And he doesn’t want to waste the opportunity on the frivolous. You have reached the voicemail of comedic genius Dave Chappelle. Unfortunately, he can’t or won’t speak right now, so please leave a detailed message.

♪ Now, when I was a young boy ♪
♪ At the age of five ♪
♪ My mother said I was gonna be ♪
♪ The greatest man alive… ♪

Ebola was in Texas. Ebola made a visit. Killed that man in Dallas. Five days, that man melted to death. What happened to the brother in Dallas? “Where was the secret serum?” is what we all said. I remember in the beginning of Ebola, there were two American doctors that got sick in Africa. They flew them in a private jet straight to Atlanta, to the CDC. I didn’t even know CDC saw patients. There it was said they administered what The New York Times called “a secret serum.” I don’t know what’s in it. It’s just like Colonel Sanders’ recipe. But both of these motherfuckers survived. These doctors, thank God, are healthy. They are out there somewhere tonight at Whole Foods, touching vegetables, walking around. Everything’s okay. “Hey, Frank. How are you?” “You didn’t hear? I had Ebola last week. But I’m doing all right now. I was bleeding out of my eyes and anus, so I got concerned, but I’m okay.” What happened to the brother in Dallas? They just rubbed some Vicks on that n i g g a’s chest. “Good luck, little buddy.” I knew he wasn’t gonna make it. I remember. Sad. I saw in The New York Times— they said Ebola is the new AIDS. Whew! Isn’t that something? Here I am, thinking that old AIDS was working just fine, and they already have a new AIDS out. Isn’t that amazing how they do that? Isn’t it weird how there’s a disease that just starts in 1980, and it doesn’t kill anybody but n i g g a s, fags and junkies? Isn’t that a fucking amazing coincidence that this disease hates everybody that old, white people hate? I think either God is white, or the government hid that shit in disco balls. Only fun people get AIDS. Last month, on the front of The New York Times, the measles was the headline. I had to check the date of the paper. I was like, “Measles? Is this 1850? What the fuck is this? Why is measles in the news?” It turns out they were trying to decide if mandatory vaccinations for children is the way we all want to go. Any thoughts? [cheers and applause] You say yes? I’m sorry, ladies and gentlemen. I just— I don’t know. I don’t know about this one. First of all, black people generally don’t trust doctors. After the Tuskegee experiments and all that shit. More importantly, don’t forget Michael Jackson was killed by a doctor. Granted, he was doing drugs. But if I was a heroin addict and I had a licensed physician injecting heroin in me, I should survive that. I’d just be like, “I’m good, right? I’m good? It’s not too much, is it?” Dr. Butterfingers killed Michael Jackson. After that, I was like, “Fuck going to the doctor.” Why the fuck am I getting my kids vaccinated for an old-ass disease like measles? You might as well give them a diarrhea shot if you’re so worried. Diarrhea has a bigger body count than the measles do. You know, diarrhea is funny today, but… a hundred years ago, if your ass had diarrhea, you were a goner. There was a zero chance of surviving. You get that first squirt. Pfft! Uh-oh. “Better start getting my affairs in order. I don’t have much time. It’s diarrhea. It’s very serious.” You just watch your buddy slowly die in a pool of his own shit. Pfft! “Oh. Oh. I give up, diarrhea.” Pfffft! “You’re too strong.” Pfft! Nowadays, your buddy would be like, “You got diarrhea? Just eat a banana, n i g g a. Drink some water. Let’s get to the club. We can still make last call.”